Some of the most unique bands are set apart by distinct titles. Choosing a band name with descriptive titles invokes curiosity in listeners and can convey a deeper meaning or make something simple seem abstract.

Here are ten bands with colors in their name that are some of the most memorable in all of music history.

Pink Floyd was founded by singer-songwriter Syd Barrett (1946-2006), who came up with the name on a whim when inspired by two of the musicians in his blues record collection; Pink Anderson and Floyd Council. The band’s original members consisted of Syd, bassist Roger Waters, drummer Nick Mason, keyboard player Rick Wright (1943-2008), and guitarist David Gilmour.

The English psychedelic rock band formed in 1964 quickly gained popularity because of their experimental style and music full of philosophical lyrics and political commentary. They went on multiple hiatuses throughout their career and officially broke up fifty years later in 2005, but there is no shortage of tribute bands who continue to carry on the legacy of Pink Floyd.

Perhaps their most popular album is The Dark Side of the Moon, the cover art of which is plastered on band tees throughout department stores across the U.S. The album itself explores themes of societal constructs, late-night thoughts, and trying to lead a more fulfilled life.

The irony, of course, is that “there is no dark side of the moon,” as stated in their song Eclipse. Some of their most iconic songs are Wish You Were Here, Another Brick in the Wall, and Comfortably Numb.

When Green Day released their first album in 1988, their band was going by the name Sweet Children. At the time, there was another band in California called Sweet Baby, and they wanted to switch their name to avoid confusion.

The name Green Day came about simply because of the band members’ recreational use of cannabis, frontman Billie Joe Armstrong confirmed in an interview with Time.

Green Day’s style is best described as punk, and with lots of angsty lyrics and instrumentals, they were bound for success in the scene. When their 1994 album, Dookie, came out it created a new sort of grunge movement as the raw lyricism was so relatable and necessary as a soundtrack to many peoples’ lives. Although the band’s fame is declining, they continue to be legendary and likely will for years to come.

Some of their most notable songs are The Boulevard of Broken Dreams, Basket Case, and Wake Me Up When September Ends, which are all vastly different in terms of the tempo and melody but all contain themes of heartbreak and questioning yourself, and trying to navigate through life.

This two-person rock band was formed in 1997 by Jack and Meg White, who originally claimed to be siblings but a Detroit newspaper uncovered that they were actually a divorced couple.

The band is best known for their single Seven Nation Army, the guitar riff of which is easily recognizable by millions of people. The musical duo split in 2011 due to drummer Meg’s anxiety but Jack White went on to be a part of numerous other projects.

While none of Jack White’s other bands have gotten the recognition and fame that The White Stripes did, he has been a singer and vocalist for around five other alternative bands, including The Raconteurs, The Upholsterers, and The Dead Weather, who all have a similar sound to his very first project.

Formed in 1983, the group originally went under the name “Tony Flow and the Miraculously Majestic Monsters of Mayhem” but changed their name to the one we all know a couple of months later. The Red Hot Chili Peppers was a nickname that Louis Armstrong had for his jazz quintet in the 1920s, and the punk band decided to adopt the name for themselves.

Their self-titled album in 1984 gained little traction but crowds still gathered to see their stage presence and antics. With the combination of their eccentric personalities and funky rhythms, and after multiple album releases, they became superstars by the early 90s. They’re best known for their songs Californication, Snow, and Scar Tissue.

Originally the band was called Kara’s Flowers. “We were really young,” Levine said, “We were into Green Day, Weezer, and Beatles-inspired weirdness.”

They were still in high school when they released their only album as Kara’s Flowers and got released from their contract in 1999 to go on and create the world sensation Maroon 5 in 2001. “Where we are now is so far beyond what I thought would happen and I am very humbled by that.” Levine stated in an interview.

The inspiration for the band name is said to come from a fictional band called Yellow 5 in a comic called Pokey the Penguin. After over two decades together, the band continues to release music and go on tours. Some of their most successful classics are She Will Be Loved, Sunday Morning, and This Love. Their first album was jazzier, and as the years have gone on they’ve adapted their sound to fit the pop genre.

This rock duo composed of childhood friends, Dan Auerbach and Pat Carney from Akron, Ohio, actually got their name from an expression a schizophrenic artist and acquaintance, Alfred McMoore, would use. “He would call people he didn’t like D flats and black keys,” Carney explained. Over the 20 years they’ve been together, they’ve been nominated for ten Grammys, winning four, and four of their albums went multi-platinum.

Almost everything about the band has some story that’s more intricate than meets the eye. When making their album titled Let’s Rock, the two wrote on their website, “the title came about serendipitously. We were in the studio and saw the news that the first person to die by electric chair in Tennessee in eleven years is about to be executed. They asked if he had any last words, and he said, “Let’s rock.” I saw it as a sign to call the album that, with an electric chair on the cover.”

In addition to making their own music, the two created the Evil Eye Sound record label in 2017 and have produced for a plethora of artists, including Cage The Elephant (the album which they produced winning a Grammy), A$AP Rocky, The Memphis Brothers, and even creating music for the Netflix show Bojack Horseman.

Blue October was formed in 1996 when guitarist and lead singer Justin Furstenfeld and his brother who plays drums, Jeremy, got together with their friend Ryan Delahoussay, who played multiple instruments. Later they added C.B. Hudson, who plays guitar, and Matt Novesky, who plays bass. They’re best known for songs Hate Me and I Hope You’re Happy.

As far as the name, it was inspired by a point in Justin Furstenfeld’s life when he decided he needed to get sober and try to become more positive. He struggles with bipolar disorder and schizophrenia, and during a particularly dark time while he worked at a mental hospital, he quickly became a patient there just over a year after the band was formed.

It’s borderline sinful to not know the Plain White T’s 2007 hit Hey There Delilah, which sold over four million copies in the U.S. alone. Lead singer Tom Higgenson says their band name was inspired by the way his favorite albums feature photos of the artists in plain white t-shirts.

The group has been together since 1997, but their more current music is quite different than the simple acoustic melody that made the world know their name. Their most recent album, Parallel Universe, came out in 2018 and features more electronic instruments. While it seems they haven’t strayed far from gushy lyrics and ballads, it’s interesting to see how their music style has adapted to keep up with time.

Amber Run is a British rock band formed in 2012, made up of singer and guitarist Joe Keogh, bassist Tom Sperring, and Henry Wyeth on keyboards. They’re best known for their emotional 2015 hit I Found about unexpectedly finding and losing love, complete with lyrics beautifully stacked with layers of harmonies.

In an interview, they talk about how they got the name for their band. It’s perhaps the only one on this list that has a name directly inspired by a color—“We liked the warm, golden imagery it should bring to mind.” They were originally just called Amber, but changed their name slightly to avoid conflict with a German artist of the same name.

This pop-punk group has been together since 2008, releasing catchy music with from the heart and passionate lyrics. They were originally called Cherri Bomb, but changed their name after vocalist Julia Pierce left the band in 2013, and bassist Rena Lovelis stepped up to be lead vocalist. Currently, the band consists of Rena and her older sister Nia on drums, and guitarist Casey Moreta.

They’re best known for singles Guys My Age and Hoodies and have won multiple awards—Teen Choice, iHeart Radio, and Radio Disney Music. They’ve toured with Australian group 5 Seconds of Summer, which catapulted their career. They continue touring on their own even though their most recent album is from 2017.

Bands with colors in their name can give us a feel for the music before we even listen to it, as colors and their symbolism are linked to emotions. Warmer colors like red and orange evoke feelings like love and passion, while cooler-toned colors like blue and green represent calmness or sadness. It’s no surprise that the music industry is full of bands named with color, your subconscious may be forming opinions on them by just the name.

This article was written by Brianna. 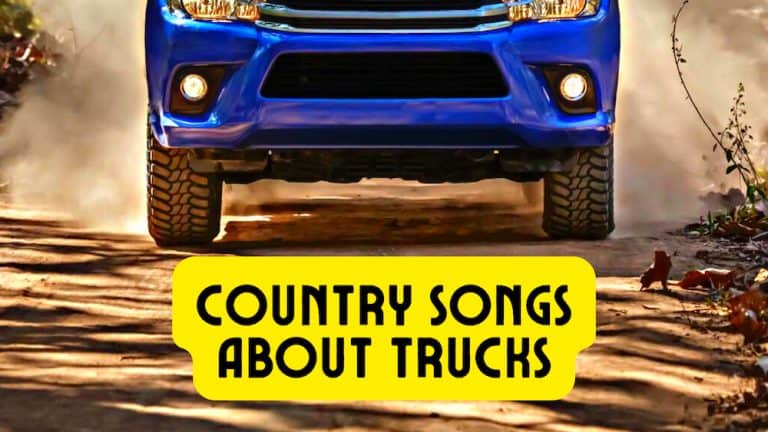 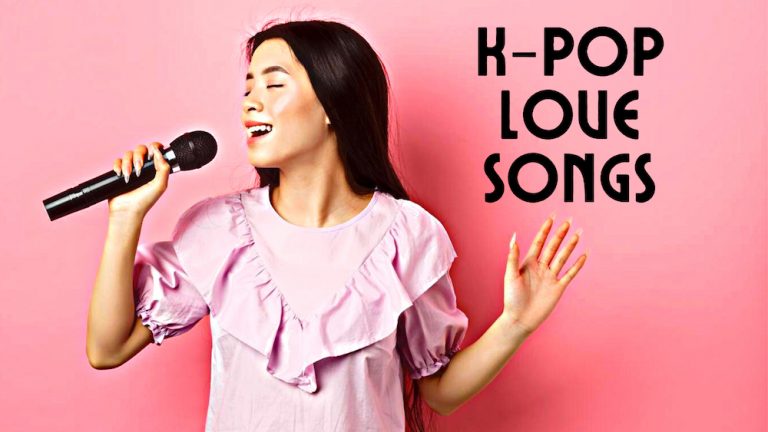 If you enjoy K-Pop love songs, and are looking for a song that will convey the feeling of strong passion that you have for someone special in… 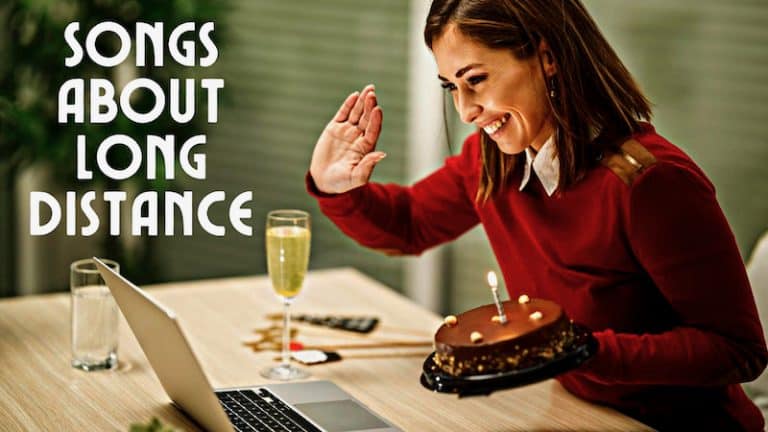 If you have ever listened to songs about long distance, and you were involved with in a long distance relationship yourself, you no doubt understand the ache… 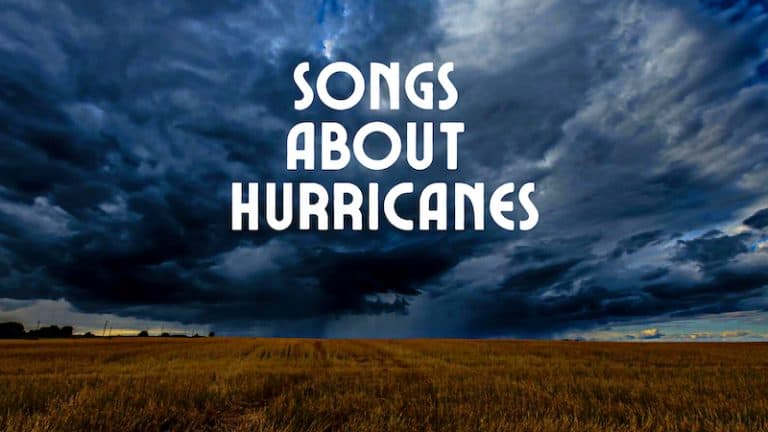 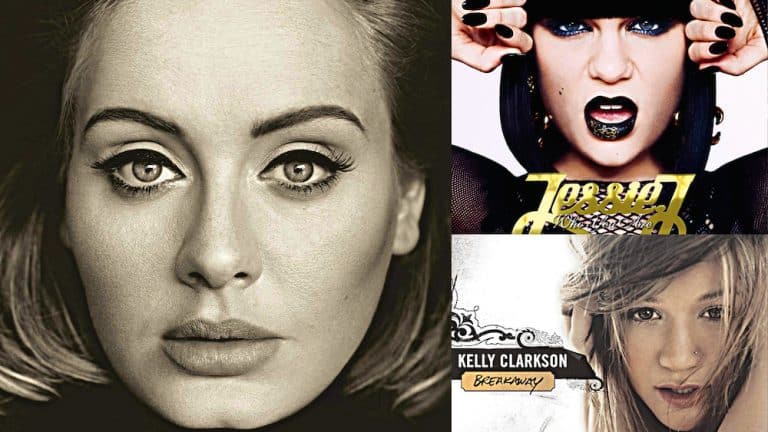 Music can fill us with a wide array of emotions, but it’s the songs that tell a story that really stick with us.  Whether it’s a story… 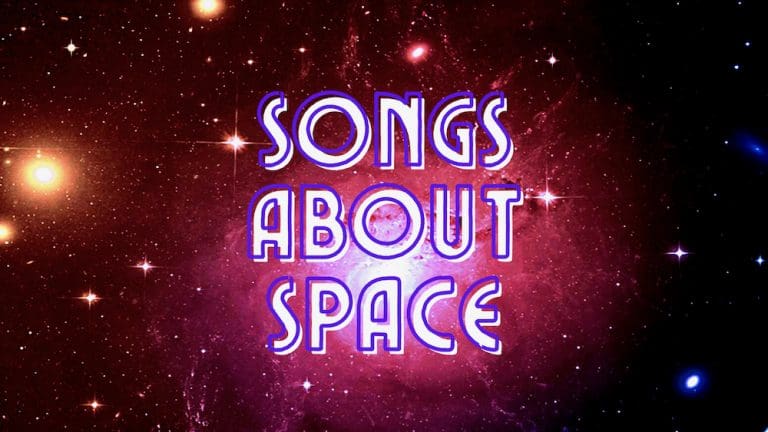