The 1980s were an absolutely amazing time for R&B music—along with big hair and crazy fashion trends.  There’s no doubt that some of the best R&B groups of the 80s made an impression that’s still being felt in the music industry today.  So without further ado, here are my picks for top R&B groups that were utterly fantastic in the 1980s.

Let’s begin with the incredible boys from New Edition.

When, in 1978, it set out to be a modern version of The Jackson 5, New Edition couldn’t have known the indelible mark it would leave on pop culture. The boy band from Boston with the bubblegum beats burst onto the scene with their 1983 single “Candy Girl,” and hits like “Count Me Out” and “Mr. Telephone Man” soon followed. The groups’s influence was felt in groups like The Boys, Boyz II Men and copycat group New Kids on the Block.

In addition, each member’s post-New Edition projects reached number one on the charts, something not even The Jackson 5 managed to pull off. Not bad for a group of friends who started singing together in elementary school to earn a little pocket change.

If Earth, Wind & Fire formed a biker band, the result would be The Gap Band. In the early 80s, the group produced a string of hits with merciless beats like “You Dropped a Bomb on Me,” “Outstanding” and “Burn Rubber (Why You Wanna Hurt Me)”. The leather cowboys’ backslap-hard funk impressed artists from Robert Palmer, who covered “Early in the Morning,” to Dave Grohl, who credits the band with having inspired his drumming in “Smells Like Teen Spirit”.

In addition, the group provided some of the best R&B mondegreens, leaving an entire generation of people singing “Oh, Annette, you know I loved you till you left me” and “Burn rubber on me, Charlene”.

In 1980, an all-in-the-family group from Detroit caught the ear of Berry Gordy. Following the floundering release of The DeBarges in 1981, the group added more family members and lost a few letters in its name. It struck gold the second time around with All This Love (1982) producing the hits “I Like It” and “All This Love”. Led by singer El’s sleek falsetto, the group garnered the most attention for its’ genteel ballads, like “Time Will Reveal” and “Love Me in a Special Way”. That is until the release of the dance sensation, “Rhythm of the Night,” which was recorded for 1985’s, The Last Dragon, turned it into an international success.

Cameo was one of the most eclectic R&B groups of the 80s. Its’ fundamental funk sound included elements of disco, pop and jazz. The video for “Shake Your Pants”(1980)–a celebration of outlandish outfits, serpentine dance moves, and a horn section that doubles as a choir–gives an idea of its phenomenal musicianship. By the time its’ first number-one single “She’s Strange” dropped in 1984, the group had eschewed most acoustic instruments for synths, an effective shift given the success of 1985’s “Single Life” and 1986’s “Word Up!”.

Atlantic Starr’s band member roster reads like a frenzied game of musical chairs (it went through three lead female singers in the 80s alone). Yet, amidst all this chaos, it maintained a consistent vibe, delighting audiences with its polished harmonies, cloying lyrics and hygienic soul arrangements with just a touch of funk. The group won the hearts of daytime soap opera fans with the chaste refrains of “Secret Lovers,” and “Always,” and became a staple wedding reception first dance tune. With such a euphonic, PG-style, even the Pope would have to forgive a tryst set to an Atlantic Starr soundtrack.

In the world of the Prince/Rick James rivalry, the question of “Who had the idea to create a girl group first?” still provides for lively debate. However, in addition to spawning more hits than Prince’s Vanity 6, the Mary Jane Girls were an innovative template for group composition. James’s vision to cast singers as characters (a ruffian, a model, a valley girl and a Grace Jones impersonator) was simply ingenious branding, prompting even Mary J. Blige to try to recreate the formula. It wasn’t all about looks, though. From 1983 to 1986, the group produced dope R&B jams with unforgettable hooks and harmonies like “In My House,” “All Night Long” and “Walk Like a Man”.

The litany of disputes between mad scientist Prince and his Frankenstein outfit The Time reads like a list of charges incurred by an extra on an episode of “Night Court”. The drama was surpassed only by the brilliance of its output. Driven by irresistible synth-funk beats and bass lines, and led by singer Morris Day’s colossal personality, the band scored top-10 singles in “Cool,” “777-9311” and “Jungle Love”. The Time also had aknack for performance art, executing innovative dance moves with precision choreography. In 1983, keyboardist Jimmy Jam and bassist Terry Lewis left the band to write their own legendary R&B tale.

I would be remiss in not mentioning the groups behind some of the biggest triumphs of the decade. New York’s Full Force is widely believed to have created new jack swing with its 1985 single “Alice, I Want You Just for Me!” The group also wrote and produced for artists like Samantha Fox, James Brown and Patti Labelle. Following their departure from The Time, Jimmy Jam and Terry Lewis wrote and produced some of the biggest hits of the decade (including the S.O.S. Band’s “Just Be Good to Me,” Human League’s “Human,” and New Edition’s “Can You Stand the Rain”), and their Full Force-influenced new jack swing helped launch Janet Jackson’s career.

In addition to scoring hits in the 80s with his own group, The Deele (“Two Occasions”), Babyface wrote and produced chart-topping songs for Bobby Brown, Karyn White, Pebbles and Johnny Gill. The contribution of these remarkable artists is still heard in R&B music today.

A product of the Full Force hit factory, Lisa Lisa & Cult Jam was one of the few R&B groups–that wasn’t a girl group–led by a woman. Singer Lisa Velez’s ability to shape shift from ingénue to vocal vixen lent an intriguing personality to the singular syncopation of the rhythm. The debut single from its’ 1985 self-titled album, “I Wonder If I Take You Home” became a club sensation, while the slow jam “All Cried Out” topped the charts. Two years later, Spanish Fly introduced the number-one singles “Head to Toe” and “Lost in Emotion”.

Jersey City’s Kool & The Gang formed in 1964 as an instrumental funk jazz venture. The group first saw success in 1973 with the singles “Jungle Boogie” and “Hollywood Swinging” but its subsequent attempt to dabble in disco left fans and critics cold. It would take another four years, the addition of a lead singer, and the help of Brazilian producer Deodato before the band would finally find its groove. From 1979 to 1986, Kool & The Gang produced seven gold and platinum albums. Blending its secret sauce of funk, disco, and pop with smooth R&B harmonies, the group topped the charts with hits like “Joanna,” “Fresh,” “Cherish,” and the inescapable theme song of high school graduations everywhere.

Another entry in the Persistence Pays Off category is the Tongan-American family band formerly known as Quasar. The group began performing in 1977 and, after a name change inspired by Elton John, took to the airwaves in 1985 as The Jets. Its debut single, “Curiosity” is a jewel of sophisticated R&B confectionery (minus the saccharine). The Jets scored five top-10 hits in the decade including “Crush on You,” “You Got It All” and “Make It Real”.

Ready for the World

1985 was also a breakout year for Michigan’s Ready for the World. Perhaps the most faithful of Prince disciples, the group mastered the use of electric guitars drenched in reverb and a heavily-processed drum machine. With Melvin Riley’s sultry vocals front and center, Ready for the World created dynamic hits like “Tonight,” “Love You Down” and “Oh Sheila”. By 1988, the group had solidified its’ own sound as evidenced by Ruff ‘n’ Ready, one of the finest R&B recordings of the era.

If it’s mature R&B you seek, look no further than Maze. The group had a string of hits in the 80s, such as “Before I Let Go,” “Back in Stride” “Can’t Get Over You” and “Joy and Pain”. There is something wise in Maze jams–not old, Jane Pittman wise–but a sense of ease that might accompany a late-30s professional who’s already paid off college debts. The group continues to delight audiences around the world with its’ good time music. It’s not a family cookout until somebody’s uncle puts on the Maze cassette.

The main reason (and there were many) why The California Raisins never stood a chance with me was because I grew up with the 45 of the single greatest cover of “I Heard It Through The Grapevine,” released in 1981 by a band called Zapp. The record showcased the bouncy funk arrangements and “Golden Throat” talk box vocals that would become Zapp’s signature, a sound that brought the group accolades for hits like “Doo Wa Ditty (Blow That Thing)” and “Computer Love”. Zapp’s reach spanned beyond the world of R&B. Its’ debut single “More Bounce to the Ounce” inspired the bass line for the Tom Tom Club’s 1981 hit “Genius of Love”.

Midnight Star is an oft-forgotten group of 80s R&B. Its 1984 breakthrough album No Parking on the Dance Floor made a splash with party staples like “Freak-A-Zoid,” “Wet My Whistle” and “No Parking (On the Dance Floor)”. The Babyface-penned “Slow Jam” from the same album was later covered by Usher and Monica. The hits “Operator” and “Midas Touch” followed before brothers Reggie and Vincent left the group to form “I Wanna Be Rich” Calloway. Midnight Star’s memorable melodies and electro-R&B beats are woven into the fabric of 80s music.

This list offers but a taste of the best R&B groups of the 80s. Other groups pivotal to the sound of the era were Soul II Soul, The System and The Revolution. With something to tickle every fancy, there were no shortage of listening options in the decade of excess. 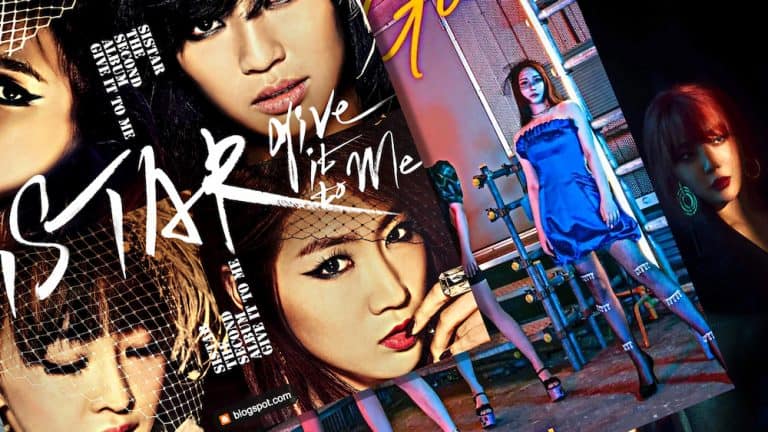 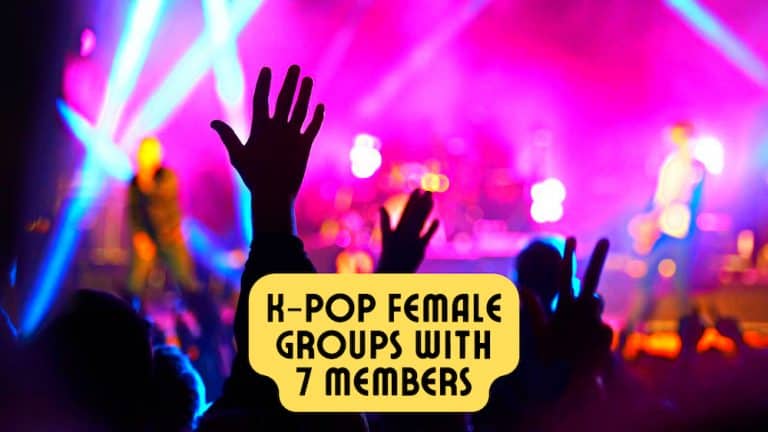 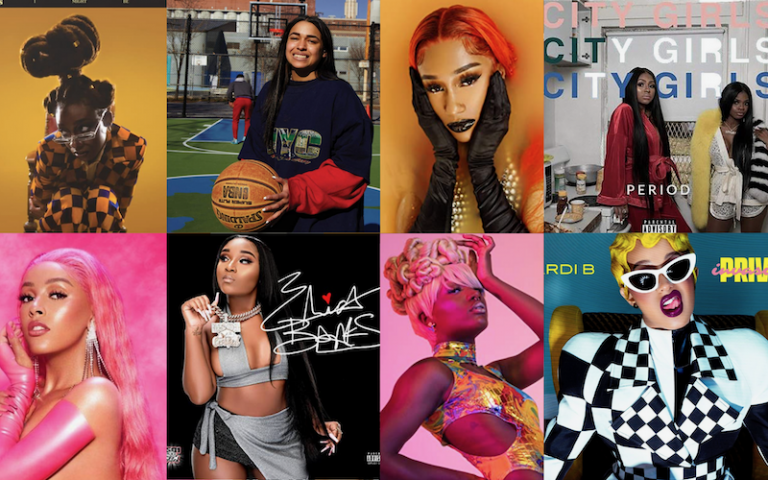 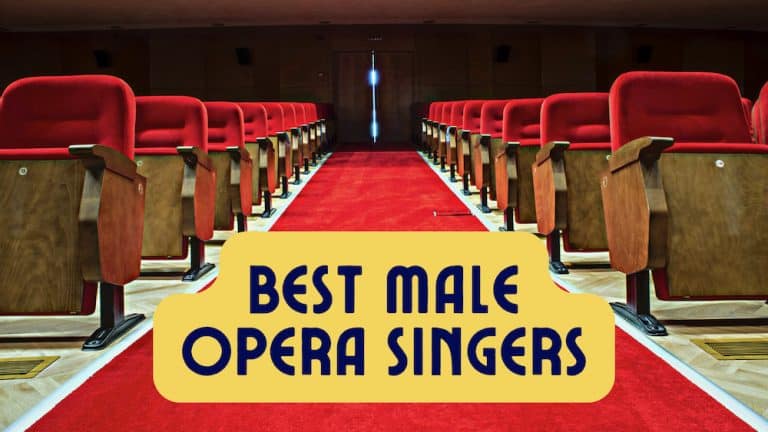 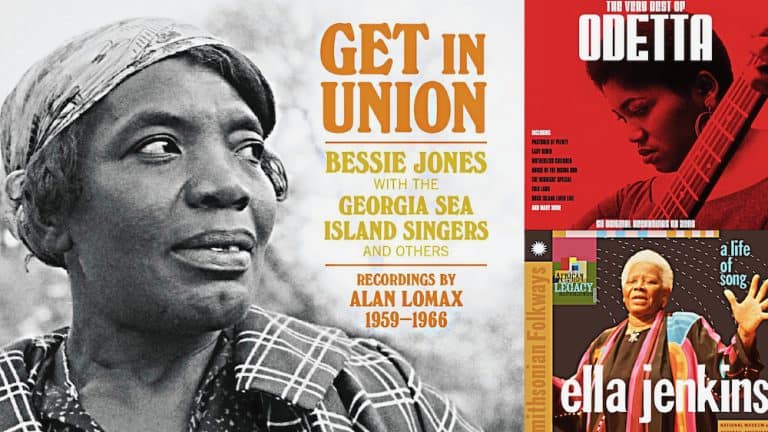