The 1980s was a special time when it comes to music, and a big reason for that is due to the array of talented black male singers of the 80s.  It’s hard to single out just one or two artists that made this era in music so memorable, so I’m going to single at a whopping twelve singers that I think were undeniably great during the 1980s.

The Best Black Male Singers of the 80s

But what made them so special?  Well, let’s dive into each singer to find out why they deserve so much respect.

Luther was smooth as silk as a singer.  Sure, he often made the news throughout his career for his weight loss (or weight gain), but he was easily one of the most talented black singers of the 1980s.

One thing that many people often forget about Luther is that before he was a solo star, he performed backing vocals for tons of greats artists.  In fact, the next time you listen to Chaka Khan’s “Never Gonna Take You Away,” listen intently for Luther’s voice in the background.   You can also hear Vandross’ voice on Sister Sledge’s We Are Family.

It takes a special kind of talent to be one of the best musicians of the 1980s and one of the best singers of the same decade.  Sure, Prince will never tear the roof off the house with his power ballads (like Luther Vandross or Freddie Jackson), but there’s no denying how much power and influence Prince had in the 1980s.

Prince was so popular, in fact, that solo artists and bands started coming out of the woodwork in an effort to sound just like him.  If imitation is truly the sincerest form of flattery, then Prince was consistently flattered all throughout the decade of the 80s.

There’s probably no other singer that is capable of rivaling the talent and worldwide success of Prince…except Michael Jackson.  Michael may not have been beloved for his ability to strum on an electric guitar, but between his immense singing talent when he was a child, and his ability to thrill thousands upon thousands of fans with his dancing prowess in a stadium, Michael Jackson’s title of The King of Pop was well earned.

If there’s a dark horse for best singer of the 1980s, it would probably be James Ingram.  Ingram’s voice is just as memorable as Luther, Freddie and Peabo, but he’s slipped a bit through the cracks as the years have gone by.

It’s a shame, too, as James Ingram could do it all.  Whether you needed an uptempo pop-inspired track or a swooning, sensual R&B ballad, there really wasn’t anything James couldn’t do from a vocal standpoint.

You know you’re definitely one of the best singers of the 1980s when you didn’t even drop an album until 1985.  But that’s how good Freddie Jackson was—he didn’t even need the entire decade to prove his talent.

To the untrained ear, Freddie Jackson sounds a bit like Luther Vandross, but I encourage you to check out Freddie’s debut album “Rock Me Tonight” to learn the subtle differences between the two.  You’ll be very impressed with his smooth, soulful vocal performance.

Whenever a singer breaks away from his world famous group or band, it can be worrisome that he’ll never achieve the same chart topping success as a solo artist.  But thankfully, that wasn’t much of a concern with Lionel Richie.

Yes, Richie left The Commodores behind in the early 1980s, but he went on to cement himself as one of the best male singers of all time.  To date, Richie has released ten studio solo albums.

Peabo was no doubt immensely talented as a solo artist in the 1980s, but I also think what makes him stand out is his collaboration albums.  In a span of four years, Bryson released a joint album with Natalie Cole (in 1979) and another joint production with Roberta Flack (1983).

Peabo will absolutely crush a soulful ballad, and once we began moving into the 1990s, he produced TWO timeless duets (“Beauty and the Beast” with Celine Dion and “A Whole New World” with Regina Belle).

Johnny Gill was so talented in the 1980s, if you hadn’t seen a photo of him and only heard his voice on the radio, you would’ve bet money he was a 40-year-old man.

That’s how strong and mature Gill’s voice was—-despite his debut album being released when Johnny was just 17!  Seven years later, Gill dropped the song “My, My, My” on the world—and he hadn’t even hit the age of 25 yet.  Gill was super talented, and an argument could be made that he’s the top black male singer of not just the 1980s, but any decade.

We’ve discussed quite a few singers that were once in groups and bands, but eventually went the solo route in the 1980s.  But how about we give some love to a man that was doing his thing all throughout the 80s while inside of one of the best R&B groups of all time?

Eddie Levert was of course a major part of The O’Jays.  And while songs like “Backstabbers” get all of the love, Eddie and the O’Jays consistently dropped albums almost every single year.  In fact, from 1975 to 1990, The O’Jays dropped a studio album every single year except 1981, 1986, and 1988.  That’s downright prolific.

Speaking of talented bands, how can we talk about Eddie Levert and The O’Jays and not pay our respects to Charlie Wilson and The Gap Band?  Charlie and the Gap Band started jamming in 1974, and by 1983, they had released their seventh album and actually entitled it “Gap Band V: Jammin’”.

With the band’s name being a tribute to Black Wall Street, and Wilson and the gang pumping out high octane dance hits like “You Dropped a Bomb on Me” or “I’m Ready,” Charlie Wilson helped sing The Gap Band into legendary status.

Teddy was the most famous singer in the R&B group Harold Melvin & the Blue Notes.  They achieved a lot of success with Gamble and Huff at Philadelphia International, but Pendergrass eventually sought to have his own solo career come the lates 1970s.

Barry White enjoyed massive success in the 1970s.  But once the disco balls stopped spinning and the 1980s arrived, however, his success slowed down a bit.  Nevertheless, Barry still worked hard, cranking out seven albums throughout the 1980s.

Barry’s voice is downright iconic, as he certainly has the most recognizable baritone in R&B music history.  Barry vocals were so immense that his music became deeply integrated into popular culture (including shows like Ally McBeal, which would play one of Barry White’s most famous songs multiple times each season).

Who knows where we’d be without these great black male singers of the 80s?  I definitely don’t want to think about what the landscape of R&B music would be like without them.  And thankfully, due to their hard work, we’ll never have to. 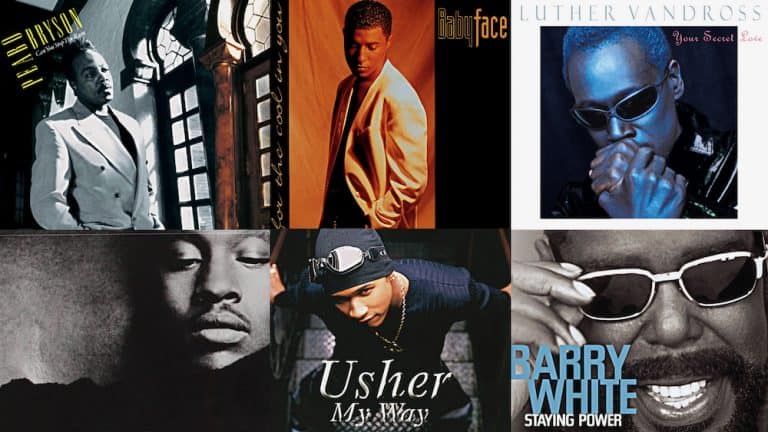 The 1990s was an amazing decade for music, and there’s no doubt that tons of talented black male singers of the 90s were a big reason why. … 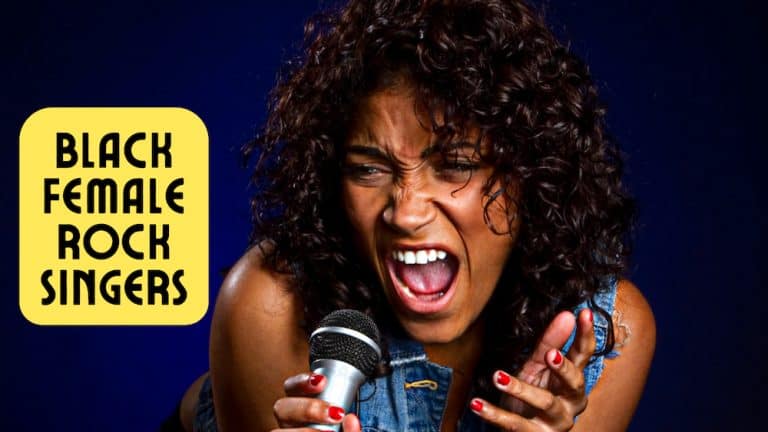 If you have a love for rock music, then you’re in luck, as we’re going to be counting down our favorite black female rock singers that changed… 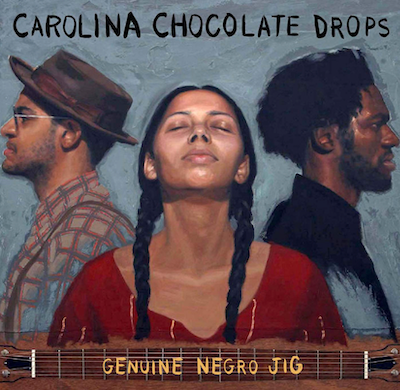 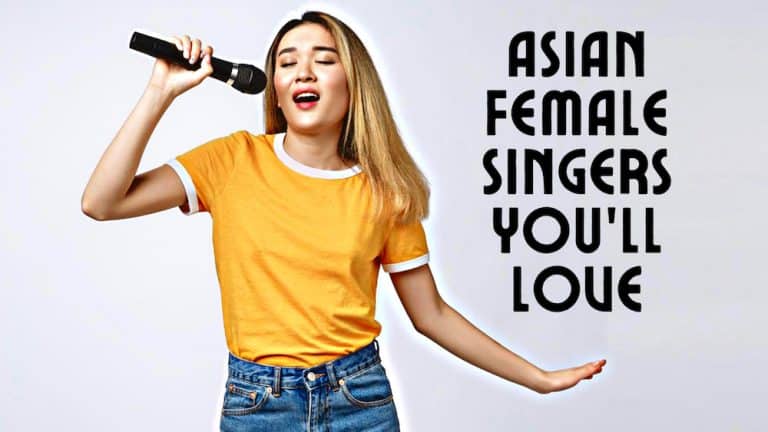 We all love music, but not every singer gets her opportunity to shine.  And, despite access to the Internet and thus a potentially huge audience, there are… 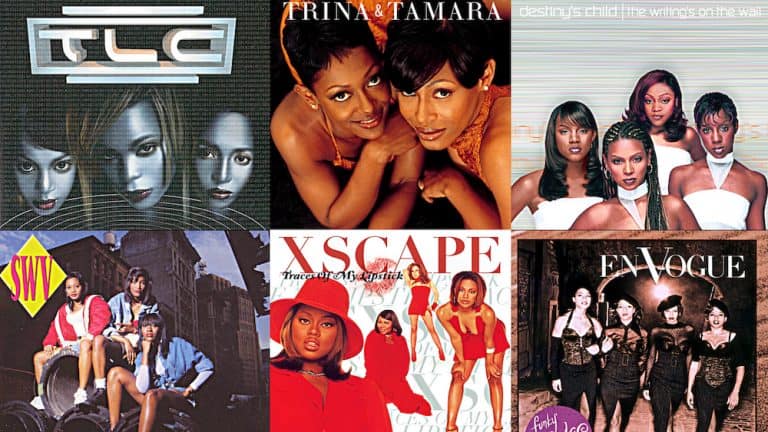 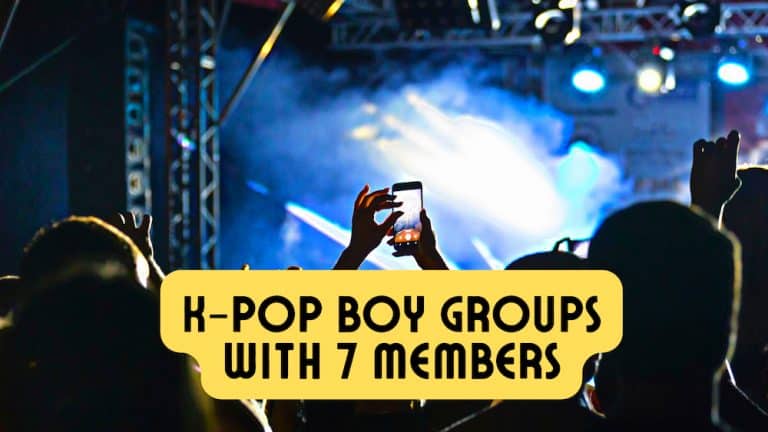