Do you have a love, or even a passing interest, in opera, and are looking for some of the best songs to listen to?  Well, if so, you’ve come to the right place, as I’m going to provide you with some of the most famous opera songs of all time.

O Mio Babbino Caro is a popular opera songfrom the comedy opera “Gianni Schicchi.” This soprano aria is the most well-known from the opera. In it, the young Lauretta tries to guilt trip her father, Gianni, into letting her marry the man of her dreams. When he refuses, she melodramatically cries out that she’ll die without the man.

I am anguished and tormented!
Oh God, I’d want to die!

It really does sound beautiful, but it’s also supposed to be funny if you understand the lyrics. Regardless, it’s a lovely, popular piece that requires a vibrant soprano voice to hit those high A-flats.

This one is an iconic tenor aria from Verdi’s opera “Rigoletto.” You’ve probably heard it everywhere even without you knowing it! It’s definitely a comedic piece, made funnier by the fact that it gets used in movies and even pizza ads.

Although, ironically enough, the lyrics are sort of out of place in those circumstances once you examine their meaning:

The woman is flighty.
Like a feather in the wind,
She changes her voice
And her thought.

These lyrics are a polite way of saying that the woman in question is promiscuous. Definitely funny if you remember that it was once used in a Doritos ad. But it is sort of understandable why so many people have used the song, as it’s a surprisingly catchy opera tune that’s instantly recognizable. It’s also a really great song for tenors because it allows them to show off their voices.

This one is famously – or infamously – difficult to sing! Not only does it take immense vocal skill for those leaps, but it also requires the ability to pull off the persona behind the vocal performance. You have to be able to make the audience laugh, which takes a lot of stage presence, talent and timing.

In the song, Olympia, a mechanical doll is made to sing at a party. It’s pretty much customary for the soprano performing the aria to act out the whole thing, pretending to be a doll, and requiring some occasional winding up. Watching performances of the song are always bound to make you laugh—or at least chuckle.

Plus, the song itself is actually sort of cute.

Ah! This is the gentile song,
The song of Olympia! Ah!
Everything that sings and resonates
And sighs, in turn.

The Queen of the Night by Mozart

The Queen of the Night from Mozart’s “The Magic Flute” is cool because of how terrifying it is! While a lot of soprano pieces tend to be on the softer side, this is basically the complete opposite of that. Quite often, soprano pieces are sung by damsels in distress or melodramatic daughters trying to convince their fathers to let them marry the man of their dreams (think O Mio Babbino Caro) – this is a far cry from that.

This song is intimidating and downright scary, just like it’s supposed to be. In the song, the Queen of the Night angrily tries to convince her daughter to murder her rival. Definitely not something you’d expect to see in a soprano aria, let alone in opera in general.

It also takes immense vocal skill, because it requires a talented coloratura soprano—a soprano capable of vocal leaps—to sing it.

This is from Handel’s opera “Xerxes” (Serse), which is based on the real-life Xerxes I of Persia. It’s the first song in the opera, in which Xerxes sings to a tree. It’s sort of weird that he sings so passionately about a plant, but you’ve got to admit that it sounds beautiful.

While the opera wasn’t successful at the time, it’s definitely well-loved now! Ombra Mai Fu was even featured on the popular K-drama “Vincenzo.”

What’s really cool about this song is that it was written for mezzo-soprano castratos or countertenors—essentially men with extremely high vocal ranges. This was shocking to me, because I learned this song as a young soprano without knowing it was originally written for male singers!

From the opera “La donna ancora è Fedele” by Scarlatti, Se Florindo E Fedele is a repetitive but catchy aria in which the soprano sings about how she will only love Florindo if he remains loyal to her.

If Florindo is faithful,
I will fall in love with him.
He could probably draw his bow,
the archer with his loaded quiver;
I would know how to defend myself
against a flattering glance.

It really is short but sweet, and definitely worth checking out!

Another unexpected song for sopranos! Unlike The Queen of the Night, this one isn’t intimidating so much as playfully sassy. In the song, a girl tells a young boy who is in love with her that he’s nothing special.

If you love me, if you
sigh for me, gentle shepherd,
your pain hurts me,
yet I delight in your love.
But if you think that
I must return my love only to you,
then, shepherd boy, you are
easily deceived.

This song actually has a little bit of controversy, as it’s debated if this was composed by Giovanni Pergolesi or Alessandro Parisotti. While Parisotti credits Pergolesi for the song, modern-day experts believe otherwise! After Pergolesi’s death, a lot of music was falsely attributed to him, so it’s definitely possible that this is the case for this one too! You can read more about him and the controversy here.

In any case, it’s a great opera song. Definitely famous, and sung by students and professionals alike.

Another super famous one for tenors! This one is a real classic that’s been used time and time again pretty much everywhere. It’s even been used in ice cream ads!

Pavarotti actually won a Grammy for his performance of the song in 1980! It’s just that iconic. And, if you want to hear a more modernized version of it, you can listen to the more recent recording by Il Volo.

The lyrics are really sweet. They compare the singer’s lover to a sun.

Often known as Figaro’s Aria, this aria from “The Barber of Seville” is super well-known. You probably already know it, even without being aware of it! It’s used in cartoons a lot because it really is a funny song.  In fact, my guess is that most people’s very first introduction to this song came in some kind of Looney Tunes short you watched in reruns aa a kid.

In the aria, Figaro is really happy because he has recently become a barber. He used to be Count Almaviva’s servant, but that all changed when the count fell in love with a girl named Rosina. You can see his happiness at his new life reflected in the lyrics.

The song sounds exactly how you’d expect it to sound, lighthearted and upbeat. The la la la’s make it especially hilarious. It sounds kind of ridiculous, but that’s the point!

The opera itself is really famous. In fact, it’s so famous that there is even a cartoon made in 1944 involving Woody Woodpecker with the same name.

Dido’s Lament / When I Am Laid in Earth by Purcell

From the opera “Dido and Aeneas,” this is the final song in the opera sung when Queen Dido’s lover Aeneas leaves for Italy. It is a sad, but beautiful song that Dido sings as she kills herself.

This soprano aria is a slow, heartbreaking song, that really makes you feel the pain that Dido feels. The singing sounds like crying or screaming in pain, and the lyrics—which are actually in English!—reflect this grief too.

It’s a song you won’t want to miss, especially if you prefer to listen to sad songs.

Ave Maria is another one you’ve probably heard everywhere. And you’re probably even familiar with the title. It’s the kind of song you think of when you hear the word “opera.” But it really has been used everywhere, such as in Disney’s ‘Fantasia’ (1940).

The lyrics are based on an English poem entitled “The Lady of the Lake” (translated into German). Here is part of the original poem by Walter Scott:

Ave Maria! maiden mild !
Listen to a maiden’s prayer!
Thou canst hear though from the wild;
Though canst save amid despair.

Opera is far from dead! While the genre isn’t as popular as it might have been many, many years ago, you can’t deny its influence on modern music and art. Even if you aren’t consciously listening to arias, you’ve probably heard quite a few of these famous opera songs in commercials or even cartoons.

Who would’ve thought that Bugs Bunny would be the one to introduce opera music to a new general of music lovers, 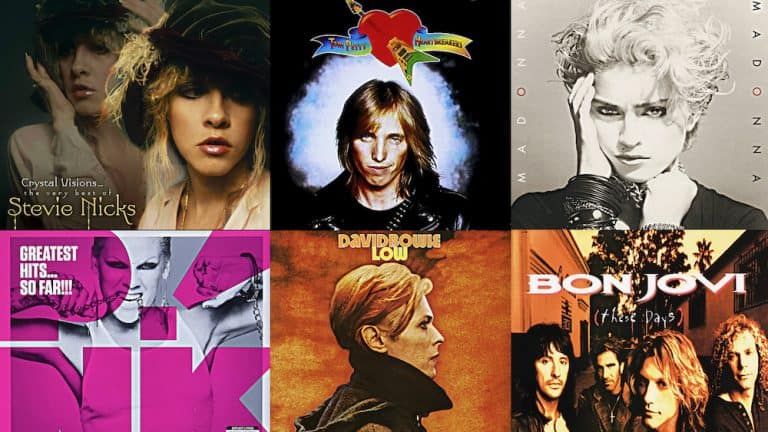 Rock n’ Roll has been a genre that’s changed quite a bit over time, but there’s no doubt that it has had its fair share of memorable… 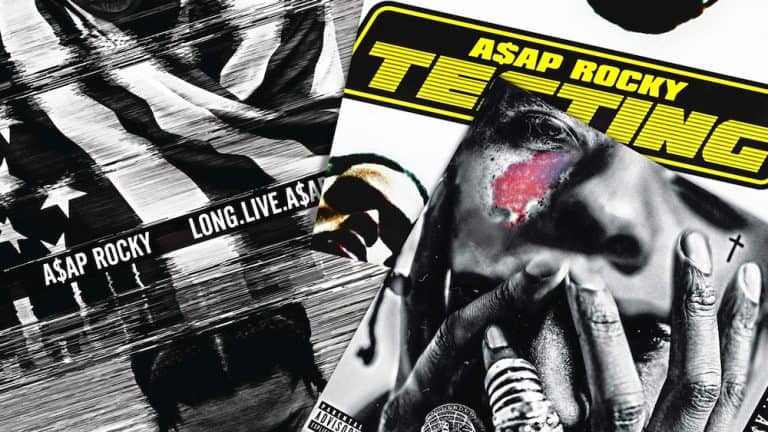 Few rappers have seen long-lasting success like the New York maverick, ASAP Rocky. In fact. he’s remained in the spotlight with an impressive body of work spanning… 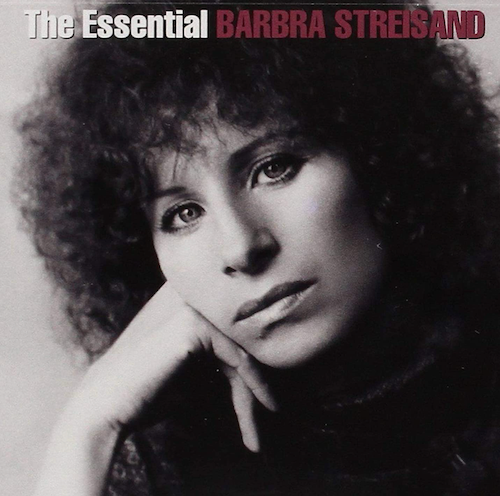 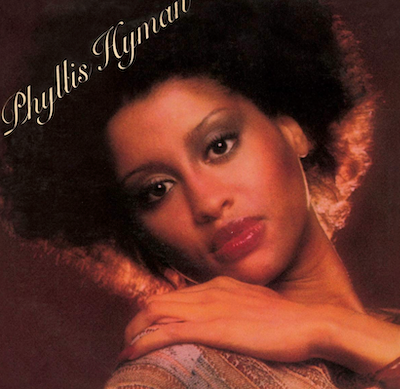 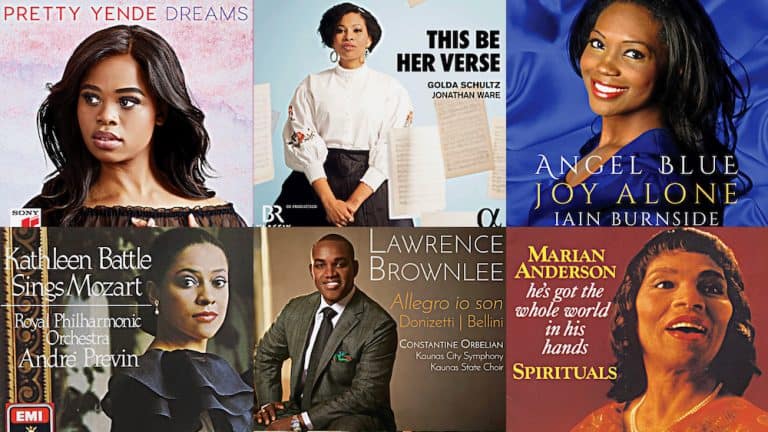 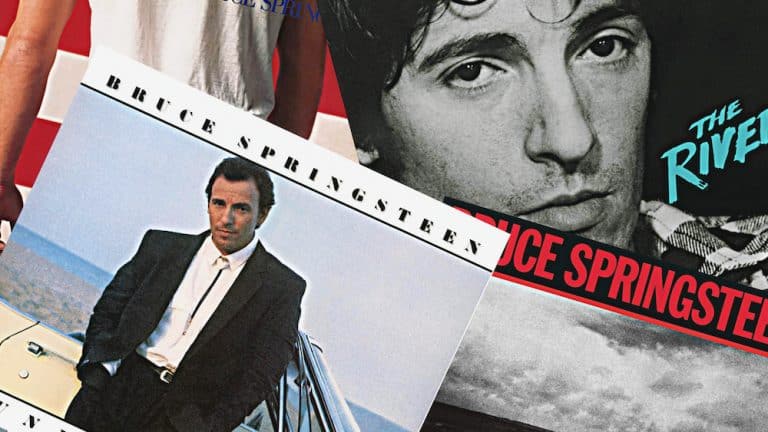 If you love The Boss, and have enjoyed his music for decades, then you know he has an immense back catalog full of excellent music.  But what… 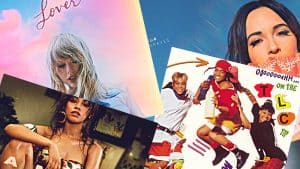