When you go out to sing karaoke with your friends, especially your female friends, you know that picking the right song is important.  You want something that’s going to be fun—even if you screw it up.  So in this article, we’re going to provide you with a list of our favorite karaoke songs for women.  These will be songs that are popular enough that you’ll know the words to, and also fun and mainstream enough that the audience will love, too.

Before we get started, here are a few quick notes to remember about different singing voices:

The Best Karaoke Songs for Women

You knew it. We knew it. This song was obviously going to be on this list. It’s on every list of female karaoke songs. For good reason! Aretha Franklin is an OG female empowerment singer!

This song was actually performed first by Otis Redding, but when Franklin covered it and added the spelling portion, it became Aretha’s. And Otis knew it! It’s now known as her signature song, has become a symbol for the civil rights movement and feminism as well as hype song for anyone coming out of a less than great relationship.

The “Queen of Soul” is a great pick for karaoke in general seeing as she has so many great songs. Franklin was a rare type of singer, but most musicians have called her a mezzo-soprano so if you can hit the high AND low notes, its time to bring that out!

“I’m about to give you all of my money. And all I’m askin’ in return, honey, is to give me my propers when you get home!”

This song is all about a girl who wants one thing: Money.

Boys surround her but unless they’re carrying hard…cash, she has no interest. Madonna knows that money makes this world go ‘round and she’s not cheap. Even if you aren’t obsessed with moolah, this song is fun to sing and dance around to. Take all of those singing into a hairbrush in front of a mirror moves and lay ‘em out on stage!

But let it be said, once you start singing Madonna, you’ll have a hard time singing the rest of her hit songs! It’d be a sin not to have your whole group on stage dancing and singing to “Vogue” next (especially in June)!

“You know that we are living in a material world. And I am a material girl.”

Our red- haired singer knew how to have fun! But Cyndi Lauper also knew how to get a little deeper and slower. “Time after Time” has been used in many tv shows and movies. Our favorite? “Romy and Michelle’s High School Reunion” (there’s a history-making dance scene to this song), a movie about two friends who push each other to do better.

Which shows you don’t have to be singing to anyone in a romantic way. It could be about friendship! It’s a really memorable song that will get stuck in everyone’s heads! And isn’t that what you want after your great performance?

Have you ever been in a relationship where your partner didn’t seem as serious as you were about being in love? Apparently, Tracy has. In this song, Chapman is telling her lover that she is on the verge of leaving him behind. She’s not happy about it and she’s asking him to literally give her a reason to stay.

If you’ve ever been taken for granted or had to make a painful choice, this song may hit home. Tracy’s low voice is the epitome of the blues, and it also makes this an easier song to attempt.

“Give me one reason to stay here, And I’ll turn right back around.’

Are you coming out of a relationship plagued by betrayal? Maybe you’re just feeling a little jealous lately? Just want to pretend that you’re a bada** confronting “the other woman”? Then this is the perfect song to sing! Dolly has always been known for being real with her lyrics and including difficult subjects. And what’s more difficult than facing your man’s mistress and begging her to go away? We know it’s not a fight song.

But the hurt and pleading in Dolly’s voice, mixed with the determination to keep her man make this a complex but moving choice. Unfortunately, the more pain you’ve experienced makes any performance of this song even better. And almost everybody has been through some type of heartbreak, so it’s sure to bring a tear to someone’s eye. But it’s a crowd favorite. God help any woman named Jolene in the audience though.

“He talks about you in his sleep. And there’s nothin’ I can do to keep from cryin’ when he calls your name, Jolene.”

Do you believe…you can perform this song? You can! And this song was made for a low voice so no super high notes here! She changed the game with her deep voice, eccentric style and ability to say what she wanted, no matter what! Although she is autotuned in this song (not that she needed it, it was very obvious on purpose), the song is still great performed live. But that new sound caught the ear of everyone in 1999 and it hasn’t let go, even in 2022.

If you perform this choice, chances are that you’ll be joined by the rest of the audience in singing it. And you might just turn the karaoke venue into a dance club! The ever-evolving Cher’s big hit is beloved and is still a very popular club request to this day. It’s just so danceable!

“Do you believe in life after love? I can feel something inside me say, ‘I really don’t think you’re strong enough, no”.

We know, we know, it’s Adele. You’re probably thinking we’re crazy by recommending this powerhouse but stay with us. This is actually an easier song! There are no vocal runs or crazy voice dynamics. There are some higher notes but nothing too intense. It’s just a simple, bluesy love song. In this, Adele is proclaiming her love and trying to prove how far she would go to make her significant other feel that love.

“Go to the ends of the Earth for you, to make you feel my love.”

Even though she’s mostly known for her higher, “baby” voiced (which is basically the meaning of “Soubrette”) songs, Britney actually has a great lower voice as well! No nasally, cutesy bubblegum singing here!

Britney sings to a narcissistic guy that she can’t be with him because he’s got a reputation for being a womanizer (a guy who casually hooks up with numerous women without remorse). She’s telling him off! Be warned: the words go by quickly so don’t be too deep in the drinks if you’re going to attempt it.

Amy’s problems were well known to the public. And she knew that WE knew. So, when “Rehab” came out, it was assumed to be autobiographical. The song is about a woman who admits that she has problems…but is in denial that she needs to go to rehab.

The story behind the song is sad, but even more sadly, many of Amy’s songs are. The song is a favorite to perform though. The music is actually kind of bouncy and jazzy, so the darker lyrics are often overlooked when chosen for karaoke. Don’t let the lyrics hold you back from singing this amazing song. Instead, pay homage to Amy’s beautifully deep voice.

You Need to Calm Down by Taylor Swift (2019) – Mezzo-Soprano

And since we have to choose a single song to highlight here, we’ll use that favorite hit! “You Need to Calm Down” is an observation of the anti-gay people that still exist in this day and age.

The song sings about the ridiculousness of targeting the queer community and women. She describes hateful protestors as well as internet trolls. And while she never mentions names when referring to bullies, she does hint at a certain someone who was very obnoxious on Twitter (and possibly had his account suspended at one time) … *Winks and sips tea*

“Say it in the street, that’s a knock-out. But you say it in a Tweet, that’s a cop-out… Why are you mad? When you could be GLAAD?”

If you haven’t heard of Olivia Rodrigo in 2022, you must be living under a rock (or just don’t listen to the radio). But this star is hard to avoid! Even more so when she is stalking you! This song has been criticized and called the “stalker song” and we can see why.

Driving up and down your ex’s neighborhood and staring at his house is weird as heck. But apparently a lot of people identify with that type of feeling and the song became popular on the airwaves and in karaoke. While we admire Rodrigo and her ability to be honest, it’s actually quite creepy that so many people relate to the song though…

“’Cause you said forever, now I drive alone past your street.”

Probably one of Beyonce’s top 3 hits, coupled with being attached to a moment involving a video music award show, Kanye West, and Taylor Swift, this is probably one of the most notable female empowerment songs of the last twenty years.

So, of course, why wouldn’t you want to belt it out in front of a room full of absolute strangers?  It’s you’re looking for an upbeat and infectious song that everyone in the room will know and be excited to sing along to (especially other women), then you can’t go wrong with “Single Ladies.”

Getting up and singing in front of friends and strangers can be frightening. The fear of sounding awful, missing words or looking silly can convince you to sit out during the fun. But be relieved in knowing that almost EVERYONE is nervous about singing karaoke at first!

And if you can drag yourself onto the stage and perform any of these karaoke songs for women, you’ll be the party hero! So, face your fears and get to belting out those lyrics! Your future self will thank you. 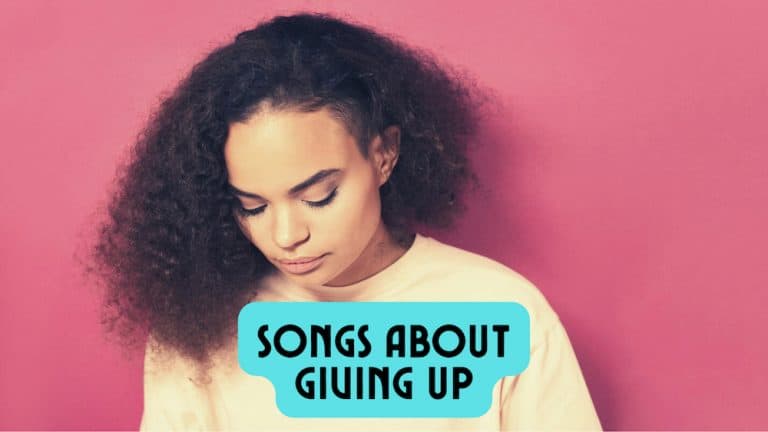 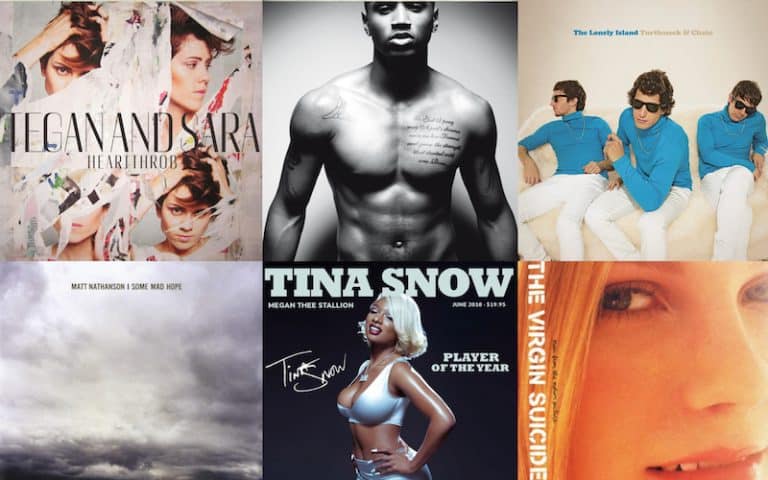 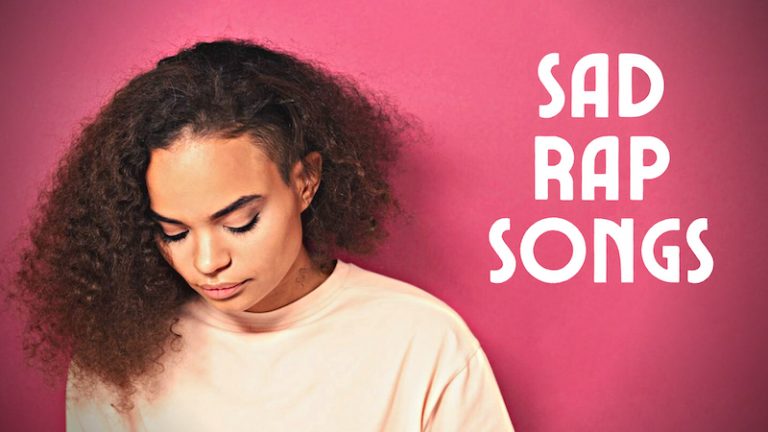 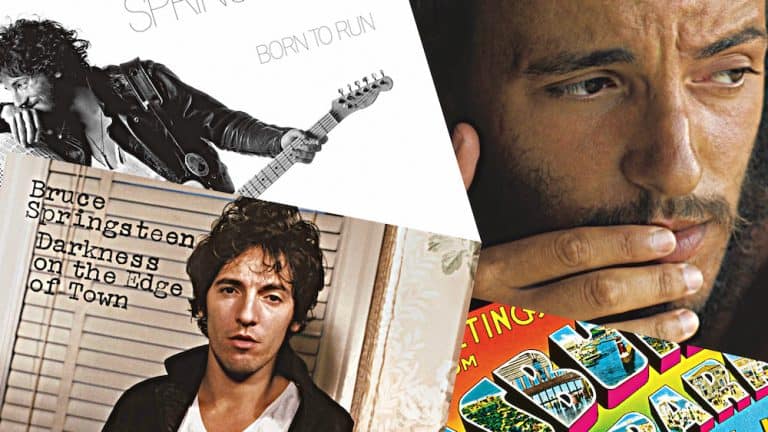 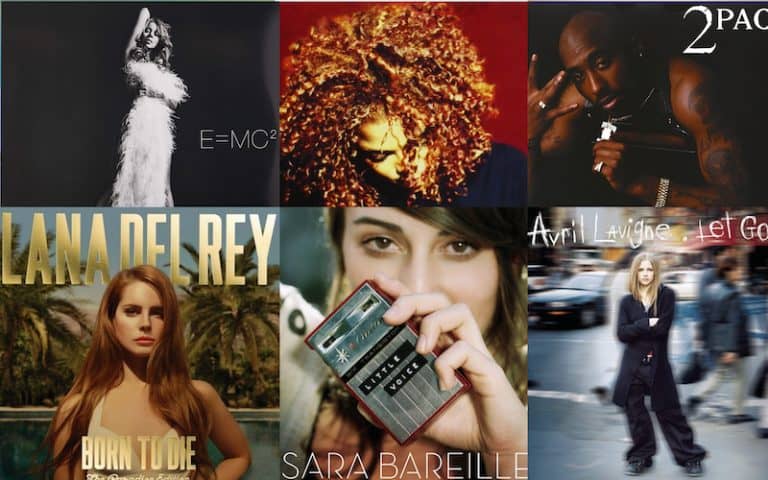 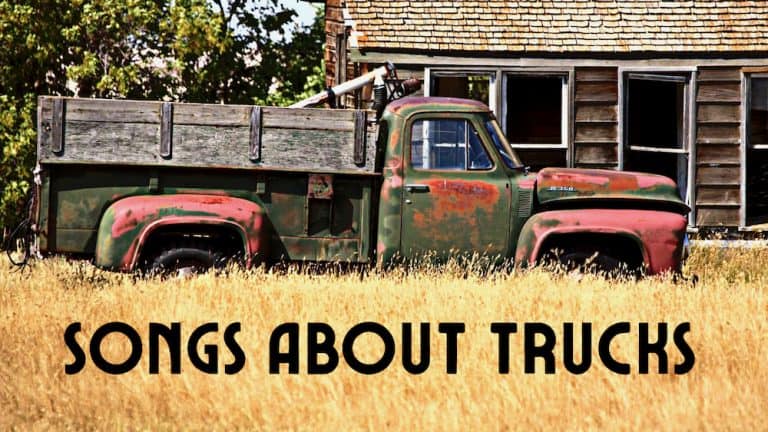