As human beings, we’re supposed to have loads of ambition.  But sometimes, you just want to be a little lazy.  And when that urge rises to the surface, what’s better than listening to songs about being lazy to further feed your lack of ambition and follow through?

In this article, I’m going to provide you with my favorite lazy songs.  Whether you’re in knee deep in procrastination mode, or you just want to live that comfy couch potato life, you’ll definitely find a song here that works for you!

The Lazy Song by Bruno Mars

Let’s be honest—when you’re seeking a song about laziness, this is probably the very first one you think of, right?  I know it is for me!

This is Bruno Mars just absolutely vibing out.  When I hear this song, I almost imagine Bruno writing a song while sitting on a Hawaiian beach.  With a guitar in one hand a strawberry daiquiri in the other, you will absolutely refused to do any work at all once you get through with this jam.

On this song, Cudi raps about doing drugs and getting high.  And, like…he really, really enjoys it.

This is a song that details the effects of being under the influence—and how people perceive you when you’re on said drugs.  For Cudi, a good day for him is some Red Bull and smoking up, as he boasts about just wanting to simply “feel fine” and “kill time.”

Listening to this song, I kind of picture Zendaya’s character Rue Bennett from Euphoria.  On that show, her character enjoys being high—and she has no true desire to change.

She’s not interested in becoming a “better person”—drugs are fun for her, and while she does them from a place of ultimate pain and anguish, it doesn’t change the fact that she feels the benefits far outweigh the consequences.

This song gives off a similar feeling.  On Higher, Cudi sings about people telling him that he “looks high” and that he needs to take it “easy” because all he does is talk about smoking up. Admittedly, Cudi does rap a lot about depression and loneliness, so that can’t be completely divorced from this overall situation.

But two things can be true at the same time.  And to me, on Higher, we get Cudi reveling in the laziness that a drug-filled day can bring—regardless of any consequences that may come down the road.

Don’t Know Why by Norah Jones

This gem is very underrated, but slightly depressing. The lyrics are almost like a poem or personal letter, revealing idle themes about life and uncertainty. I know that when I’m lazy, one of my main catchphrases is “I don’t know” or, when pressed by someone: “I don’t know why.”

Because when you’re having a bad day, life feels overwhelming. You don’t know what to do or what’s to come. That’s exactly what Norah seems to be expressing here.

Sure, it’s not a song inherently about laziness.  But it’s a song that can, at times, express the thoughts and emotions one has when they are feeling immensely lazy—but they don’t know why.

You see it in the title, even in the various verses in the song itself. This song features a man talking about how he won’t do what anyone tells him to do, as he just prefers to be lazy. He wants to be home, and he could care less about being at top of his class.

I’ve had those days, particularly in my freshman year of high school. I felt like giving up and just sleeping my life away. That’s laziness and depression for ya. Lazyitis manifests that feeling in a brilliant way, and it’s such a catchy tune to boot.

Redbone is known for its aesthetically pleasing vibe, however, it can genuinely express the feeling of being bored and lazy too.  It just has that kind of hypnotic, seemingly uber-relaxed vibe.

It may not be true a song about laziness, but between how the lyrics are performed vocally and how it makes you feel, you’ll probably not want to leave your house for a while after this track comes to a close.

Manic Monday by The Bangles

Don’t let the beat fool you. It might sound like it’s the happiest song in the world, but when you read the lyrics, well, it was truly written by someone feeling lazy.

The song is very relatable, expressing one’s blasé sensibility, especially if you hate doing arduous tasks like, you know, making your bed.

While, Oh! Sweet Nuthin’ is mainly known for being a song for kids, the lyrics say it all. The songwriter, Lou Reed, really was writing about all of us. That’s how I feel, at least.

It’s an iconic blues song. You can probably hear the hint of bluegrass in it, as well.

A Summer Wasting by Belle and Sebastian

If you open my Spotify app and go to one of my emoji-centered playlists, you’ll see this song. Besides the feeling of laziness, I can see myself in these lyrics, as someone who feels like I sometimes waste each day overthinking the small things in life.

This is practically a love and hate ballad to those lazy feelings. Dreams reeks of sluggishness, subtly hinting at lazy feelings—or that’s at least how I feel when I listen to this record.

Whenever I’m feeling dull, I blast this song and spin around in my desk chair, rocking my head to the light beat. It might not even be related to laziness whatsoever, but it’s all about how the listener feels.

I’m Only Sleeping by The Beatles

Within the first eight verses of I’m Only Sleeping, it’s a lullaby to just wanting to do nothing but sleep (my apologies to anyone dealing with insomnia, of course). That’s laziness for you, just utterly slothful energy through and through.

The lyrics here are very catchy and relay the important message of wanting to stay asleep in bed. Sleeping doesn’t automatically equate to laziness entirely, of course (and could be a deeper sign of anxiety), but it could no doubt be related to it.

Spent the Day in Bed by Morrissey

This song is exactly as it sounds. Morrissey dedicates this song to the happiness he felt staying in bed. The lyrics talk of self-care, to stay home in bed and take no bus or train, or to even deal with a boss or a thundering rain storm.

I connect with these lyrics on a deep spiritual level. It felt like the words were flowing from me like a volcano, expressing the same sensations and feelings I have. It’s like looking in a mirror, reaching for yourself and expressing the feeling of being fed up. It echoes the message to just take time for yourself.

The Importance of Being Idle by Oasis

Throughout this tune, it tells the story of how a girlfriend thinks that her boyfriend is lazy, but he doesn’t care. He doesn’t mind anything as long as he has his bed. The lyrics here are very engaging.

I can absolutely see myself and many others in this song, specifically when he tells about killing time, but he realizes that he’s just lazy. So, if you’re creating a playlist for lazy songs, this will definitely be a great option.

Sunny Afternoon by The Kinks

As you can see, a lot of these songs are becoming more obvious. In Sunny Afternoon, one of the first verses says, “Lazin’ on a sunny afternoon.” It follows up with lyrics about how he’s just sitting in his home, drinking some ice cold beer.

That sounds like the finest lazy afternoon, in my opinion.

Bang The Drum All Day by Todd Rundgren

This is one of those anthems that’s not just about taking it easy at work, it’s borderline about being allergic to work. On this song, Todd just wants to bang his drum all day, as stated in the title. It’s another catchy hit about wanting to remain chill and lazy for the day.

And I don’t blame him. Sometimes, it feels great to be lazy, despite the lingering judgment from others. If you hear me blasting this song, it’s definitely one of those leisure days.

Sleep All Day by Jason Mraz

You probably know Jason Mraz for I’m Yours or I Won’t Give Up, but Sleep All Day hasa completely different theme. One of the main characteristics of being lazy is sleeping all day, and since we know that sleeping for an unhealthy length of time is a sign of deeper problems, this song automatically gets injected with a more weightier meaning from jump street.

Overall though, this is pretty upbeat for a song about being lazy, but that’s what makes it better. It’s soft enough to rock you to sleep, honestly, so it aids with laziness.

Songs that speak about those days where you just want to lay in your bed. Maybe even songs that are related with depression, because sadly laziness is often linked to depression. The message may or may not be clear when listening, but reading into the lyrics can provide the answer.

There are a ton to choose from.  But, I do very much enjoy The Lazy Song by Bruno Mars.

This article is written by Alexis, with select additions by Michael. 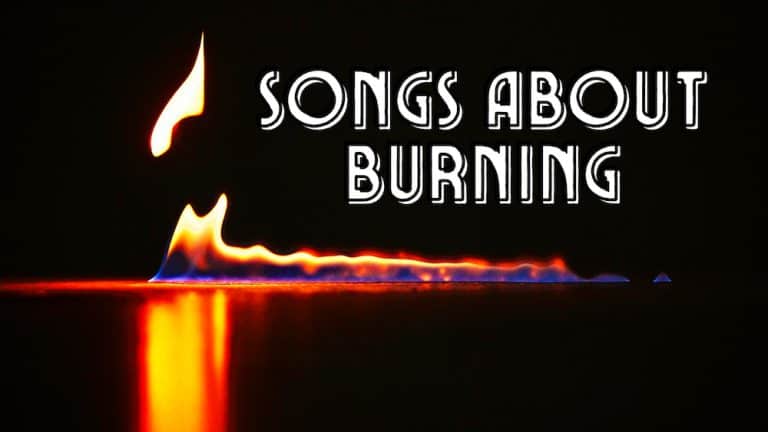 When we listen to songs about burning, it can stir up various emotions.  Anything from having a burning desire for love, dancing so hard you’re burning up… 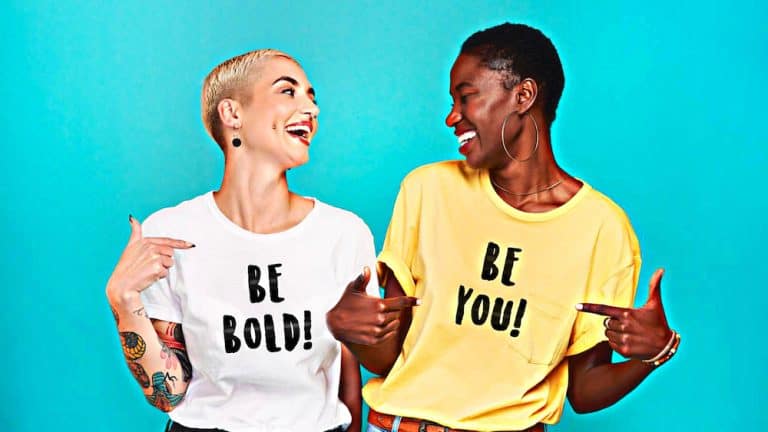 We all lose a little confidence at times, and whenever that happens, I find that it’s always a wise idea to throw on some songs about loving… 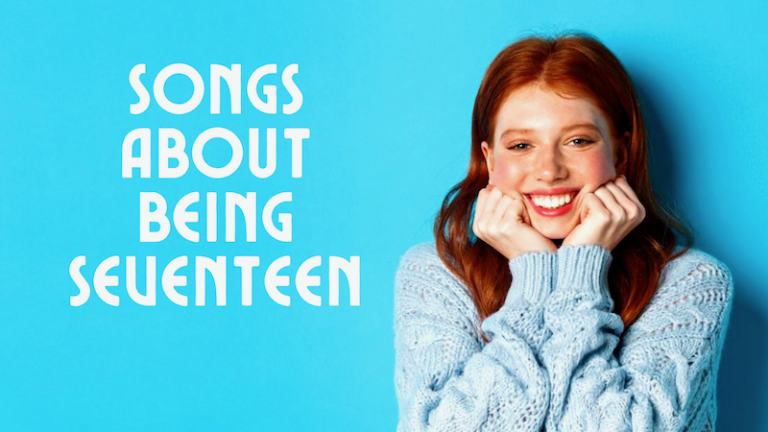 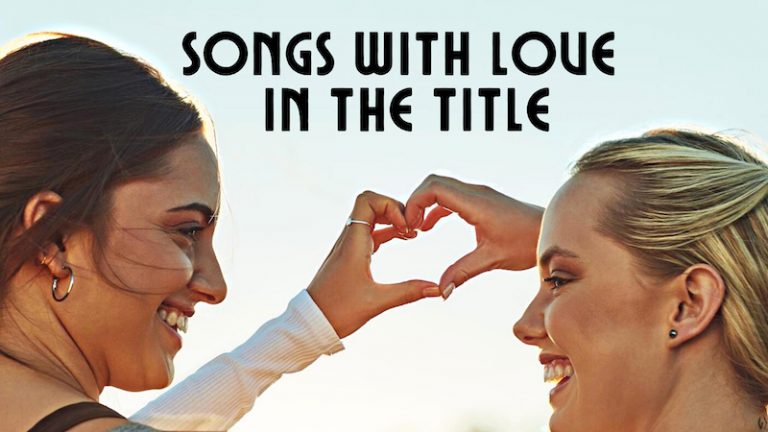 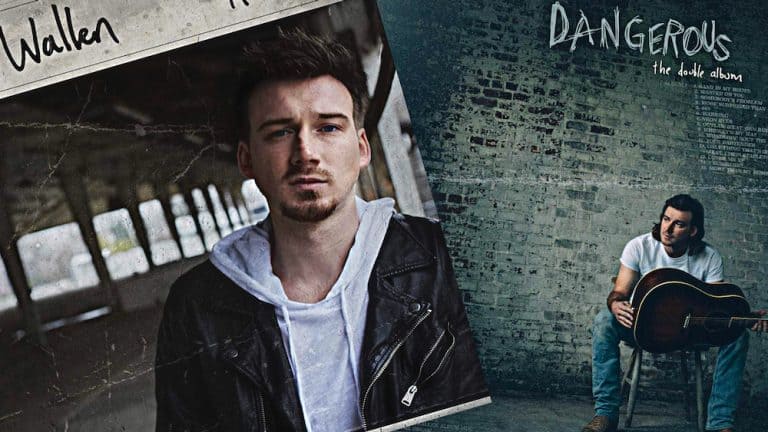 Morgan Wallen is an American country music singer that rose to fame rather recently after competing on the popular television show The Voice. So if you’re a… 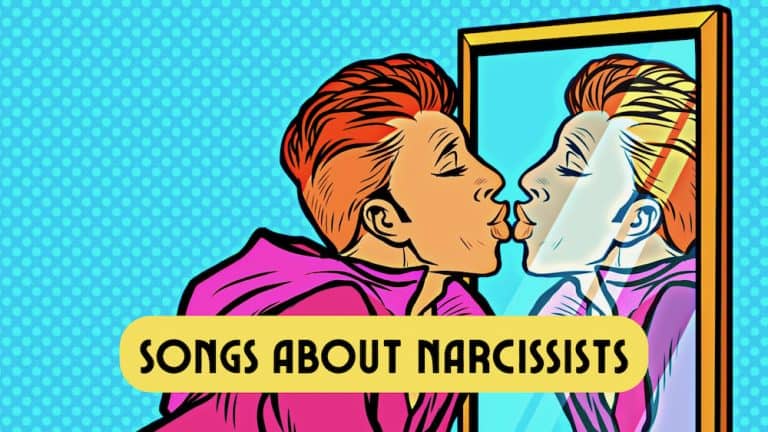 Have you ever survived a relationship with a narcissist?  If so, you know how trying and frustrating they can be.  So here are thirteen songs about narcissists…