Sometimes love does not work out the first time, and it’s not until the second go ‘round where things get much more exciting!  You never know when opportunity will knock next, but until that fateful date comes, why not listen to these awesome songs about second chances in love?

Songs About Second Chances in Love

“Give Your Heart a Break” by Demi Lovato

Demi Lovato sings about meeting a guy that tells her he’ll never fall in love. As she continues getting to know him, she realizes he’s been hurt before. He said that to her out of fear. This song follows Demi’s attempts to let him know she won’t be like the girls he dated before her. She won’t break his heart.

It is hard on both parties when you date someone who was hurt badly before. You want to show this person how amazing they are and give them all your love. You also want their love in return, but it seems forthcoming. When you try to convince someone that loving again is worth it, give “Give Your Heart a Break” a listen.

When you fall for someone hurt and afraid to love again, you want to show them the good. You want them to feel joy and not fear loving someone new. This song provides a feeling of safety and assurance for someone trying to allow themselves to fall in love again despite their fears.

“Back to You” by Selena Gomez

Selena tells a story of breaking up with someone she loves. After this breakup, she hopes that her love will fade away. Her feelings for him continue to burn strong. The memories she holds stay positive and hopeful. Selena sings that no matter the obstacles in her way, she still would go back to her ex.

For those who have broken up and tried to date others but can’t get your ex out of your mind, this song is for you. Sometimes you know deep down that you two are meant to be together. You know that giving your love a second chance is worth it. If you are experiencing that situation, listen to Selena’s song.

Like Selena Gomez, Troy sings a song remembering his past relationship. He remembers the good times, the love, the fun. Troy sings about trying to date new girls, but it’s no use. Troy still longs for the feelings he had with his ex. He pines for the love they used to share.

When you are still dreaming of your old relationship, listen to this song by Troy. It will validate your feelings that sometimes those feelings you had for your ex are worth a second chance at love. It is worth it to try again.

“Love Me Again” by John Newman

There are times when you are the one who screwed up. You did something to cause your ex to run away. Even though you hurt them, you decided to take a chance and change for the better. Now you hope for a second chance.

Newman asks if there is a chance that his ex will love him again. He explains he knows he messed up but wants to try again. Newman runs with his arms outstretched to the girl he loves for another chance at love.  If you’re looking for one of the best get back together songs, look no further than “Love Me Again.”

Dua Lipa sings of finding someone who makes her feel again. She’s been afraid of finding love again in the chance that she’ll get hurt. But despite her reservations, Dua falls in love again. Those feelings that she never thought she’d feel again are coming back.

Sometimes a relationship hurts you so badly that you never want to try to love again. But then, out of the blue, a love stronger than the first finds you. The hope, the love, and the future feel so much brighter. When this happens to you, listen to this song.

When you have given up hope on love and believe you’ll never find it again, this song is for you. Taylor reminds you that sometimes you’ll feel hopeless about love. Even though you’ve felt this, you will have another chance at love. It hits you when you least expect it.

“Falling in Love” by Cigarettes After Sex

Discovering the peace when you fall in love with someone healthy for you is incredible. After being hurt by previous lovers, it can seem unreal. When you finally find a happy love again, listen to this song.

“Run to You” by Lea Michele

Lea sings about the second chance she would give the boy she loves. If he would run to her and give her even one reason, she would give him another chance. She’d let go of the past pain and love him again.

“You’re Still the One” by Shania Twain

Sometimes years go by between your first love and your next. You go on dates but find love with none of them. Shania sings about taking a long time to find love. She was with someone, but it didn’t work right away. They stayed strong throughout the years and discovered no matter what they were meant to be.

When you have tried love once, sometimes it can take years for that love to have a second chance. Shania’s song gives hope to those wondering if their love will ever work out. Sometimes it takes years for love to grow or get a second chance.  This Shania Twain track is one of the most toucher songs ever,

“Until I Found You” by Stephen Sanchez

Sometimes you give up on love. It failed once, so why would it ever work again. This song gives you hope for a second chance at love. You will find someone who makes you feel again.

“Fallin’ for You” by Colbie Caillat

Colbie Caillat sings about discovering that she is falling hard for someone. She describes the difficulty in sharing her feelings. Colbie fears what will happen once he realizes the depth of her emotions. Despite her reservations about sharing her love, she can’t help but show it.

There are times when you fall in love again. Due to past lovers that have hurt you, you are afraid to show what you are feeling. Colbie validates these emotions and reminds you that part of love is not being afraid of sharing it. When you are ready to share your newfound love with the world, listen to this song. It reminds you that giving love a second chance is worth it.

Whether you are feeling afraid to fall in love again or hoping for a second chance at love, these songs can help you feel hopeful and courageous about finding that love. They will remind you that love is worth it. Sometimes giving someone another chance or not fearing loving someone new will provide the best opportunities to be happy again. When you are ready to fall in love again, listen to some of these songs about second chances that’ll make your heart melt. 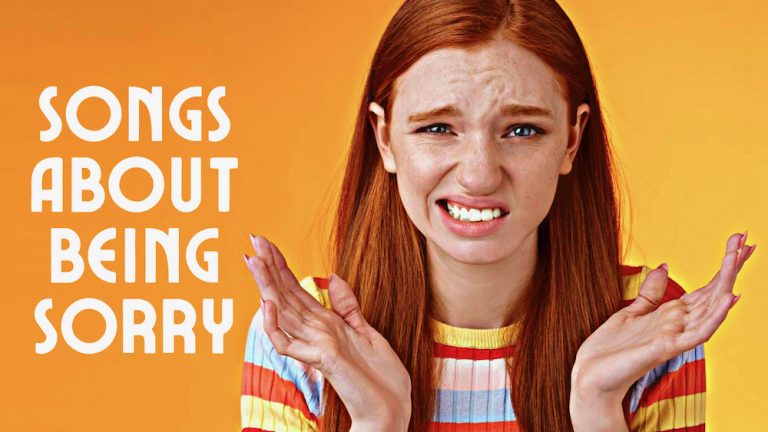 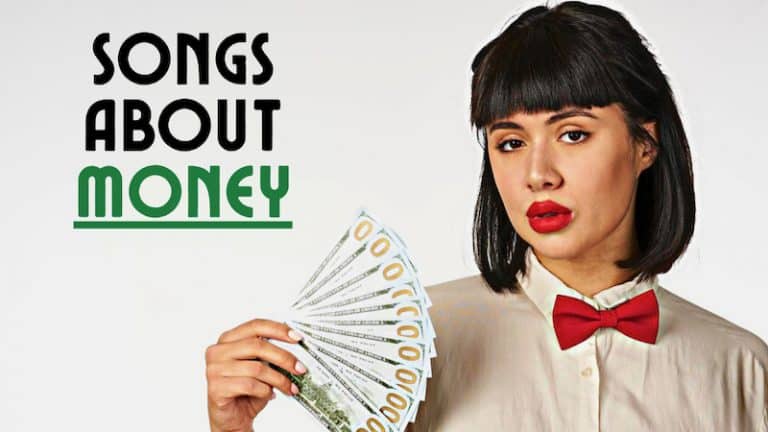 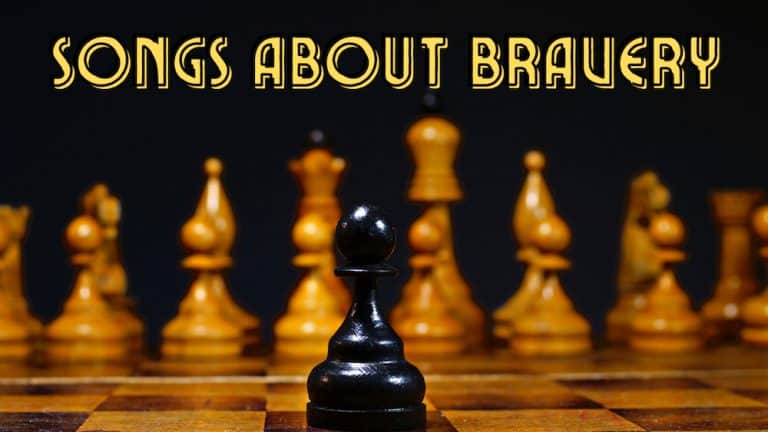 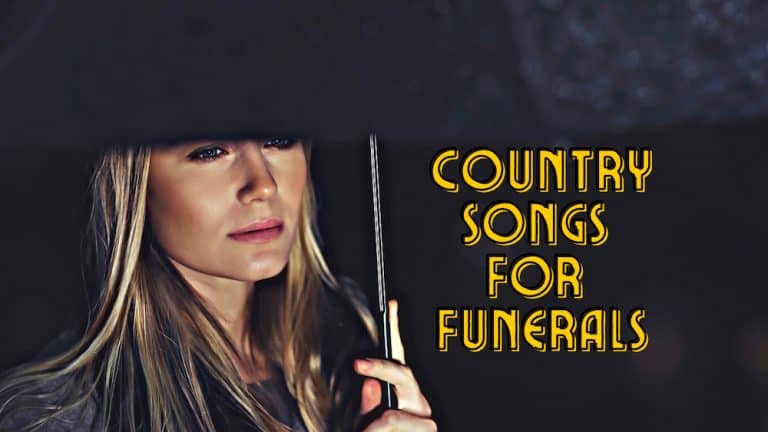 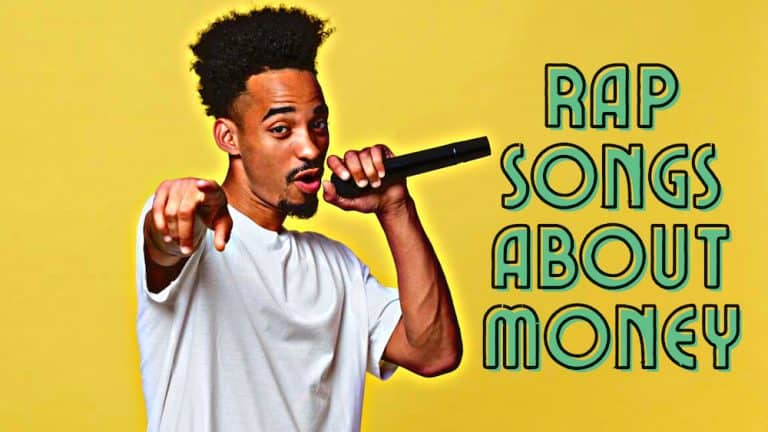 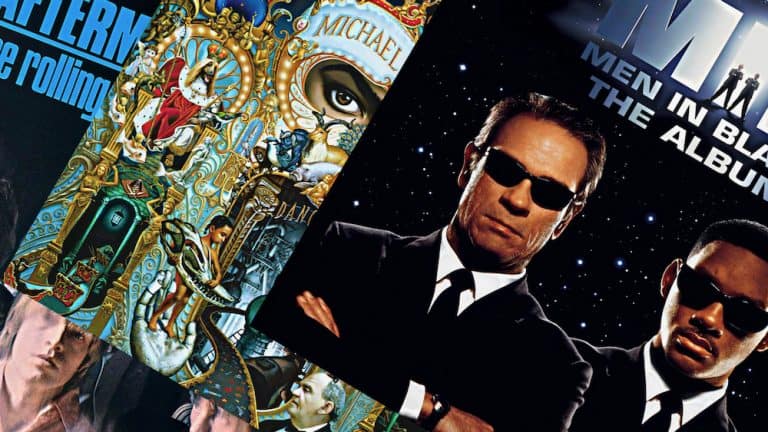