You might be wondering why anyone would want to listen to songs about suicidal thoughts? After all, why would you listen to something so painful? Whether you’re a person struggling with suicidal thoughts yourself and you want to feel less alone, or you’re friends with someone who is suicidal, these songs really command you’re attention and hopefully can help you heal from trauma (be it external or self-inflicted).

Let’s begin with a song by Billie Eilish.

Billie Eilish’s listen before i go is painfully slow. Billie’s vocals are haunting to listen to; they’re barely there, but that’s intentional. The simple track, along with the sound effects of children playing and people talking in the background really help create the dark atmosphere of the song.

From the very beginning, it’s very clear what the lyrics are talking about.

The chorus discusses the idea that a lot of suicidal people have: that death is the only way to escape their pain.

Sorry there’s no way out (Sorry)

There’s really no hope at the end of the song, ending with the implication that the singer has committed suicide.  The image this song creates is downright painful. With the final “sorry” at the end, you can hear the sound of ambulances and people shouting.

This song lists the suggested steps for “how to save a life” in its lyrics. And unless you’ve been living under a rock since 2005, this song by The Fray is all about describing what you should ideally do to stop someone from committing suicide.

It’s a very emotive pop-rock song. I actually had this on a karaoke machine back in the day–it’s quite a dark song to sing, but it always sticks with you.

Where did I go wrong? I lost a friend
Somewhere along in the bitterness
And I would have stayed up with you all night
Had I known how to save a life

One of the most honest songs about suicidal thoughts I’ve ever heard. Sometimes it really is just as simple as the lyrics put it:

While it is an extremely dark song, it also tries so hard to comfort the listeners. After all, the song’s title itself is the National Suicide Hotline number.

This one has a totally different vibe from all of the other songs on this list. The song discusses a forged suicide note written by the characters Veronica and JD after they kill Heather Chandler. It has a humorous take on an otherwise heavy situation.

But sometimes, that’s exactly what we need: a more lighthearted take on a dark circumstance to help us cope with our painful feelings.

Belgian singer Stromae’s single l’enfer is a perfect example of a song about having suicidal thoughts. The title of the song translates to “hell” in English, perhaps suggesting that dealing with these suicidal thoughts feels a lot like hell.

There are a lot of tribal influences in his music, but also classical music and EDM elements, too. It’s really an impressive, creative track. Very emotive, too, with honest lyrics about his own experience with suicidal thoughts.

This song has a lackadaisical, listless sound that contrasts with the shouty-but-catchy chorus. Even though it’s a really dark song that mentions suicide, you’ll find yourself singing along.  It almost feels like an anthem to anyone who’s ever dealt with thoughts of suicide.

It goes, all my troubles on a burning pile
All lit up and I start to smile
If I catch fire then I’ll change my aim
Throw my troubles at the pearly gates

The lyrics suggest, albeit indirectly, that maybe all their problems will go away if they throw their troubles at the pearly gates—through death.

This song has both English and Korean versions, but the English version sounds a lot more like it’s talking about mental health and suicide. It starts with an easily identifiable beat and simple piano chords with more instruments added later on. It has more of a rock sound than many other Day6 songs, which is fitting for the heavy theme.

While it doesn’t say anything explicit about suicide, it does mention wanting to close your eyes and go to sleep forever. It’s got some really, really hopeless lyrics that provide no resolution at the end, too.

I became a zombie
And there’s nothing that can cure me
So tomorrow I know I’ll be just the same
You’ll see me wishin’ to stop and close my eyes (My eyes, my eyes)

Definitely a song for anyone who has struggled with depression or suicidal thoughts.

Adam’s Song has the distinct sound of a rock song of its time. It’s very shouty and expressive—perfect for a song discussing such a heart-wrenching subject.

The lyrics read like a diary entry, a poem, or perhaps even a suicide note.

I never thought I’d die alone
I laughed the loudest, who’d have known?
I trace the cord back to the wall
No wonder, it was never plugged in at all
I took my time, I hurried up
The choice was mine, I didn’t think enough
I’m too depressed to go on
You’ll be sorry when I’m gone

You really won’t want to miss out on this song. It talks about suicidal thoughts in such a raw, honest way that you don’t often get to hear.

This song has been covered time and time again–it’s one everyone knows.  It’s got sort of an odd, instrumental track that sounds vaguely otherworldly—but still catchy. The song is strangely upbeat, which is a huge contrast to the lyrics.

The contrast between the harsh reality of the lyrics, with the almost happy sound of the instrumentals, actually really works. It’s not uncommon that people struggling with mental illness try to disguise their misery with humor and false happiness.  That’s totally the vibe that this song gives off.

This one is quite lengthy, a powerful piece featuring classical and pop elements. It really grew in popularity during the pandemic. This song is a real masterpiece, because it really tells a story and paints a clear picture. It truly demands your attention.

You have someone trying to talk their friend down from suicide.

But the voice of comfort blends with the voices that tell him to hurt himself.

What makes this song all the more powerful is that it ends with hope—the idea that we should always keep fighting.

Mentioned in the novel The Perks of Being a Wallflower, this is a really well-known song that discusses suicidal thoughts. While nothing is mentioned explicitly, it is heavily implied.

The end of the song suggests the idea of hope for a better world after death.

Let Me Out is particularly painful, not only because of the lyrics, but also because of who wrote it. Jonghyun was a K-pop idol from the group SHINEE who committed suicide a few months after this song was released. The lyrics truly were a cry for help – one that was sadly missed.

The song itself is really heartbreakingly powerful on its own, but with that knowledge, it becomes that much more painful. It’s honestly really hard to listen to. But just because it’s hard to hear it doesn’t mean we shouldn’t listen to it. It’s hard anytime we hear that someone is struggling, but that’s all the more reason why we should listen.

Some of the other lyrics suggest that he had already given up by the time the song was released:

This song is truly one to remember, and one that you shouldn’t miss if you haven’t yet heard it yet.

How to Disappear Completely by Radiohead (2000)

This song has a haunting, simple track. Not unlike listen before i go, it’s painfully slow. You almost want to scream at the slow pace of the song. It’s also quite long, but it really is a beautiful song.  It feels more like an experience than your typical, catchy track.

In a little while
I’ll be gone
The moment’s already passed
Yeah, it’s gone

Another one that isn’t explicitly about suicide, but the lyrics could certainly be interpreted that way. To me, the song implies that the singer is going to disappear, likely through death, before the listener can even realize it.

I also wanted to throw in this Moby song, as well.

Interestingly, this one was built almost entirely from the refrain of a vocal sample. But it’s somehow so spellbinding and dark. I actually had the opportunity to use this song as inspiration for a theater assignment in my high school drama class, and it has stuck with me ever since.

It’s just simple chords, a beat, the vocal sample, and a few sound effects. The lyrics remain the same throughout the song.

The exact subject matter of the song is a bit up for debate, but it’s easy to see how someone could see it as a song about suicidal thoughts. Regardless, this is definitely a haunting track!

Songs about suicidal thoughts often exist to comfort us and make us feel less alone in our feelings. But they also serve to raise awareness to mental health issues that might not otherwise be addressed if not for the song.

If people know the key signs, or even the number for the National Suicide Hotline, we might even see a decrease in suicide rates. We need songs like this to exist, even if it might be heavy subject matter that makes us feel uncomfortable. 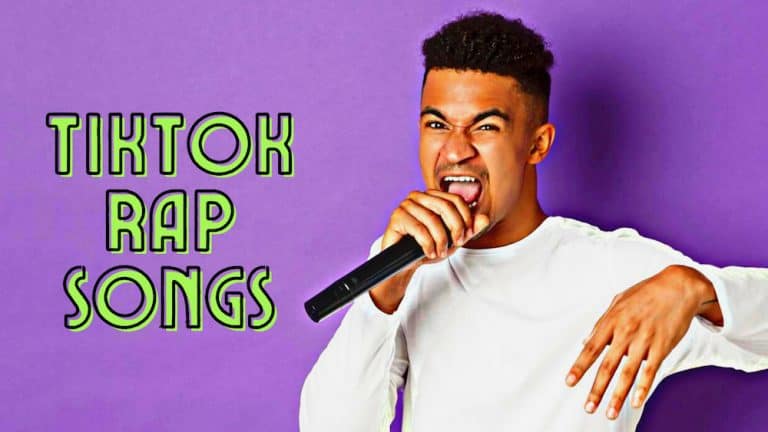 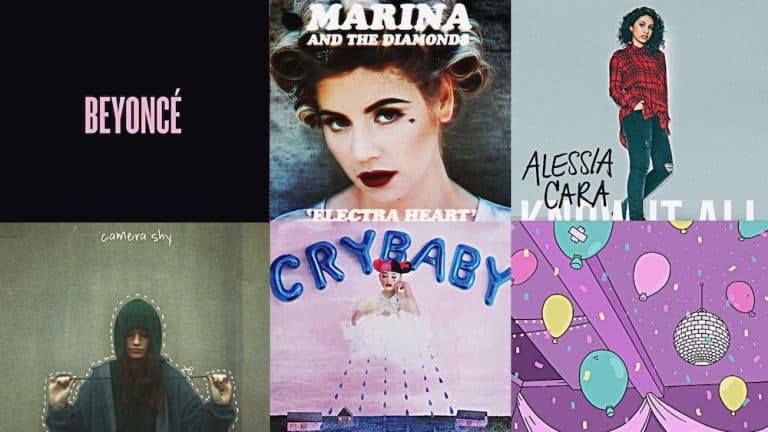 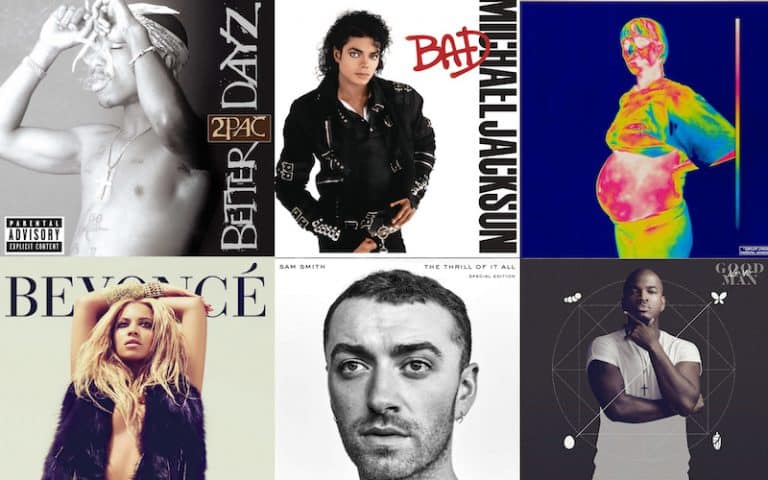 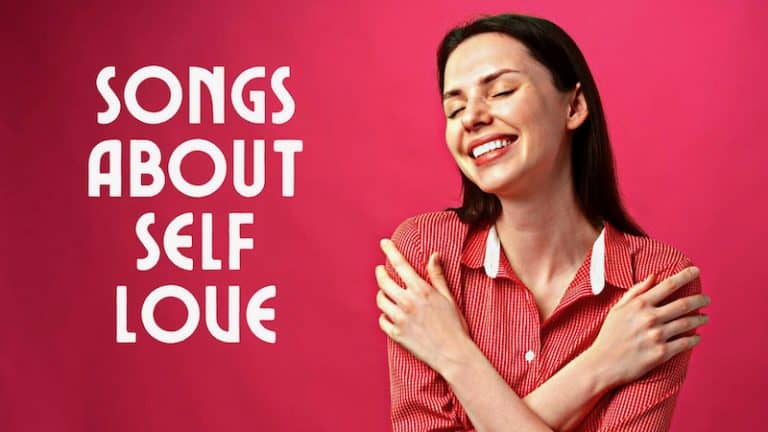 We live in a world full of negative people that spew a lot of negative energy.  Because of that, it’s always important to love yourself, and re-affirm… 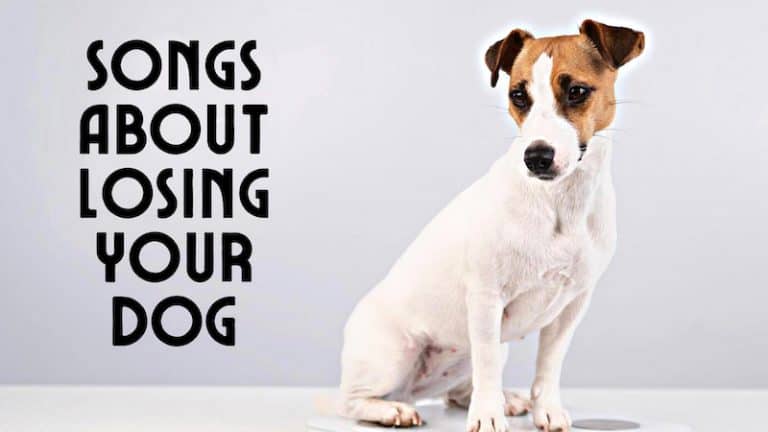 There are tons of songs, especially country songs, that deal with the topic of dogs.  But, when Man’s Best Friend passes away, are there any songs about… 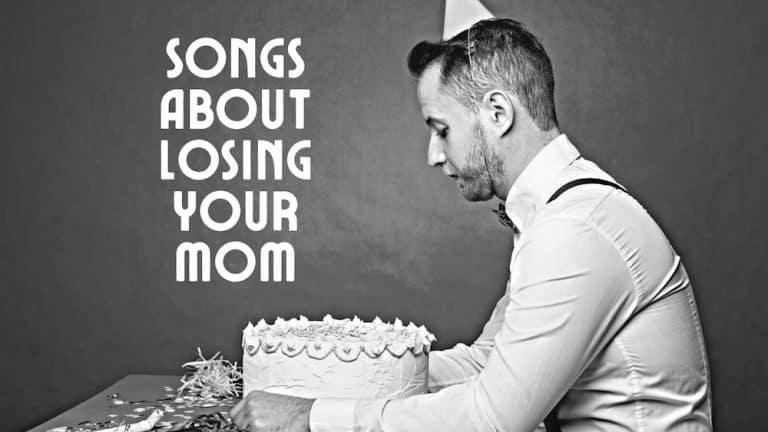 If you’re still trying to emotionally process the loss of your mother, then hopefully this list of songs about losing your mom will serve as some help…. 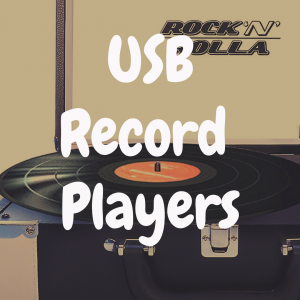 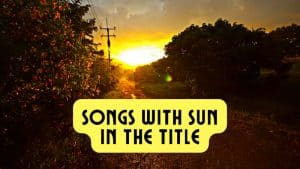