You are here: Home / Buying Vinyl Records / The Top 13 Best Classical Albums Ever on Vinyl

There have been so many great composers over the countless decades when it comes to music.  And fortunately, through vinyl, we can experience this beautifully arranged music on warm, engaging spinning wax. 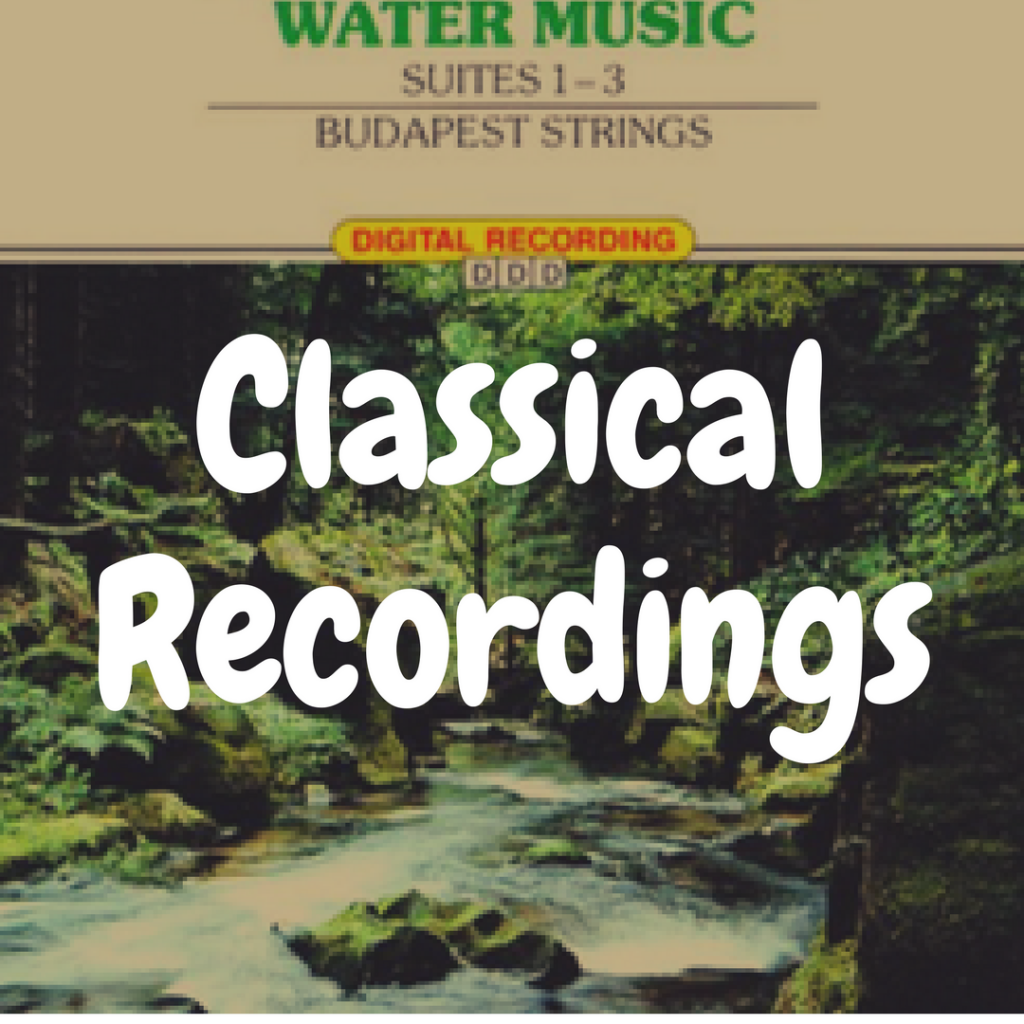 In this article, I’m going to give you my list of the top 13 best classical albums you can purchase on vinyl.

Kodaly was a friend and colleague of Bela Bartok.  Near the beginning f the last century, both composers traveled deep into rural areas in Hungary and Romania, recording indigenous folk songs.

What they heard changed their approaches to music composition, infusing the odd-metered, almost atonal melodies they heard into their music.  It is remarkable how these two composer’s styles were so radically different from each other after this experience.  Bartok’s music seemed to turn inward and became layered and complex while Kodaly’s music was much more extroverted, utilizing the orchestra for colorful music rather than Bartok’s emphasis on virtuosity.

Perhaps Kodaly’s greatest work is Hary Janos Suite, an instrumental collection of pieces based on his opera composed a year earlier in 1926.  The pieces incorporate symphonic instruments as well as traditional ones such as the cimbalom.  The music is a wonderful example of modern Easter European music.  Of special note is the bright, rich bitonality of “Entrance of the Emperor and His Court.” 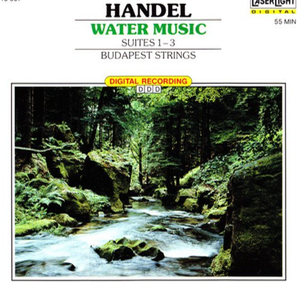 Often referred to for its well-known “Alla Hornpipe” theme, the piece taken as a whole from beginning to end is the best way to experience this Baroque classic.  In addition to the hornpipe theme, there are wonderful minuets, bourees and rigaudons, all of which are discrete musical structures.

Like much of Handel’s music, it is full of sentiment, and although it is lighter, upbeat musical fare, it leaves a lasting positive impression and invites multiple turntable spins.

Recorded in England on period instruments in rooms and halls whose acoustics approximate Mozart’s time, these bright, fresh recordings teleport listeners back in time over 200 years.

The music seems a wonderful match for the halls and auditoriums in which it was performed, and the period instruments produce sounds very different than modern ones, especially in the case of the strings.  Of particular interest are the recordings of Symphony 31 (Paris), Symphony 35 (Haffner), and in particular the last two, Nos. 40 and 41 (“Jupiter”.)

This ambitious project, directed and produced by Christopher Hogwood, is the result of years of research, focusing on the time when these symphonies were performed.  It is recommended for audiophiles, and the vinyl contains loads of information on the process use to estimate as closely as possible, the music that audiences heard hoe centuries ago. 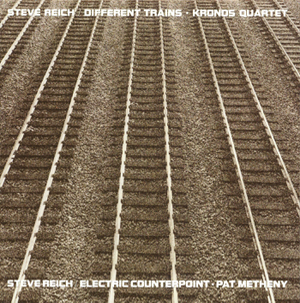 Performed by the remarkable Kronos Quartet, Different Trains is an experimental piece using the strings, as well as actual recordings of train conductors, passengers and the train whistles from the 1940s.  The first train is an American passenger train, which sets the tone.

Disturbingly opposite is the second train, which is headed to Auschwitz concentration camp during World War Two.  The strings gradually develop a shrieking tone, as anxious passengers speak, not sure where they are headed or what is in store for them.  The music, sometimes serene and at other times terrifying, is wonderfully recorded, and can sound stunningly crisp and clear even on a beginner record player.

The second of three ballets Stravinsky composed for the Diaghilev Ballet Company, the instrumental suites based on –The Firebird, Petrouchka and The Rite of Spring have become significantly more popular than the ballet itself.

These three striking ballet suites are each completely different from each other, and all three were written and produced in only a four-year period, from 1909 to 1913.  Petrouchka are brought alive by a wizard during the Shrovetide fair, and incorporates a story of love and betrayal between the three.

Petrouchka, in a confrontation with the Moor puppet over the love of the ballerina.  The now-famous “Petrouchka chord”, a combination of C major and the F# major chords, which is considered dissonant, fits in effortlessly into the music.  What is considered poly tonal and possibly jarring sounds are appealing in Stravinsky’s brilliant orchestra coloring, and signaled a change in the approach to compositions afterwards.

ECM Records is now famous for its recordings of ancient music and its offerings of jazz and classical music sound radically different than standard records.  All of the labels recording, since the late 1960s, are crystal clear and are really heard through the best sound systems that incorporate the best audio turntables.

Many of their recordings, such as this one, are performed in centuries-old churches and auditoriums, evocative and starkly beautiful.  Officium, produced by Manfred Eicher and recorded in an Austrian Monastery.  Featuring Jan Garbarek on saxophone, the notes played reverberate in the old building, producing an unexpected but eerily beautiful sound from the instrument. 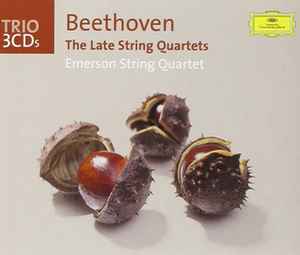 Beethoven’s music is separated into three periods, and in his final period, a few years before his death, he wrote a set of string quartets that radically expanded the genre.  Long and ethereal, unexpected and unearthly sounds and tonalities from the strings.  They transmute n moments from the darkest emotions to bright and hopeful.

The Takacs Quartet are considered the best interpreters of Beethoven’s music for strings, and the quality of the recording only enhances an already remarkable interpretation.

This ECM recording was conducted in an ancient church, and the singing and especially the strings are full of resonance.  The music is evocative and often plaintive, suggesting the time of the Dark Ages, evoking something known but unknown in the listener.

Silhouans Song, a plaintive string piece, is like a dark road surrounded by forest. Completely different from offerings by other late 20th century composers, listeners will return to this music over and over again, if only to transport themselves again into a world devoid of modern technology.

This is the landmark recording of Beethoven’s symphonies, and despite the year they were recorded, they are as crisp and clear as modern classical recordings.  Karajan, a brilliant conductor and interpreter of Beethoven, also experimented with recording techniques, including microphone placement, as well as changing the location of the players to get the best sound.

The power and majesty of Beethoven, as well as the intricate rhythms inherent in these symphonies, especially Symphony #3, are captured and played to perfection by the orchestra.

One finds themselves awestruck at the technique and talent of Andras Schiff, his virtuosity and the clearness of the each note while in fast tempi.   Also astonishing is how this recording is so crystal clear that each note can be heard distinctly, unlike any other recording of these intricate and challenging sonatas.

Particularly awe-inspiring are the three sonatas composed during Beethoven’s middle period, Opus 31, Nos. 1, 2, and three.  These pieces are unforgettable listening experiences, and one marvels at the sound clarity, which cannot be underestimated.

There is nothing like this interpretation of Bartok’s otherworldly set of string quartets.  The demands placed on the four players is astonishing, and yet the Juilliard Quartet brings out the raw and sometimes savage emotions of these modern quartets.

Bartok was constantly experimenting with forms, and here he has gone to extremes, placing the overall sound before the player.  Every subtle nuance in the music is brought to the surface brilliantly by these truly adept and gifted players.  One can listen to Bartok’s music hundreds of times and still find something not heard before. 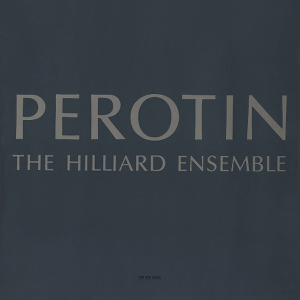 Another ECM release, the first reaction to listening to this very old music is astonishment:  the recording quality is shockingly perfect, the Hilliard Ensemble perfectly capturing the first experiment in polyphonic music.

Amazingly, the lowest voice in the ensemble is a drone.  While other recordings play the drone as a loop (the voice must be held over a minute at a time), the baritone in the group holds the note without effects.  Much of the music was composed in the 11th century, and it’s quite remarkable that music so old can be enjoyed and appreciated because of recordings like this one.

The piano in both these concertos is so challenging that Bartok had to play them himself in performances in the 1930s, the music too challenging for any player at that time.  When one hears Maurizio Pollini playing seemingly hundreds of 64th notes in rapid succession effortlessly, it takes one’s breath away.

The music itself sounds dark and savage, but there are moments of serenity.  A favorite is the second movement of the Second Piano Concerto, where one feels a bliss and a kind of peace unmatched in a y other music.  Bartok’s music has been used in film, especially effective in Stanley Kubrick’s The Shining, and like others referred to here, multiple listening’s are required, and once the music is truly understood, it sounds even better.