Vinyl Records Value: 5 Ways to Determine Your Collection’s Worth 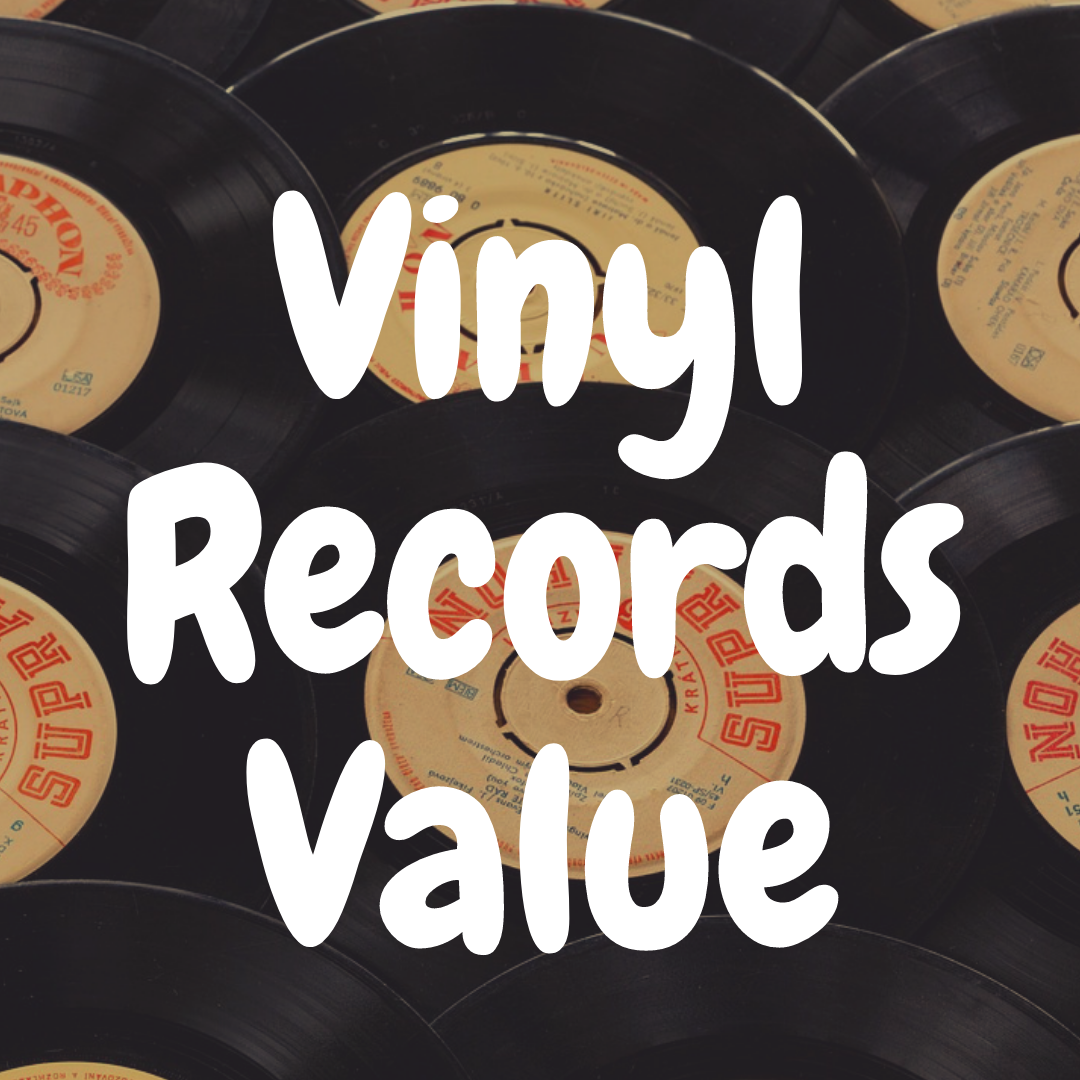 Whether you’re new to the vinyl game and have some records you don’t want anymore, or maybe someone who hasn’t owned a turntable in years and wants to move their collection out of the attic, selling your records has to start with knowing their value.

Never, NEVER take your records into a shop or online space and sell them without knowing their value.

That being said, how do you determine the value? Well, this article helps you find 5 ways to determine your collection’s worth, and in doing so, gives you a great place to start in selling your vinyl records.

These criteria determine whether a sale method is worth your time:

Below, please take a moment to use our interactive table to view some of the best turntables on the market.

Things to Consider Before Selling

When you go to sell your records, there will be a few things that can quickly determine that the record is actually worth much more than normal. Is a certain vinyl record sought after? And to what extent? That is what you need to figure out if you want to know whether that box of vinyl records is actually worth selling. Let’s start with an example of popularity not equalling value: Michael Jackson’s ‘Thriller’ LP is available at every single record store and even every online space.

Yes, after 35+ years it is still a very popular and enjoyable album, but that does not mean it is valuable. Over 50 million copies of the ‘Thriller’ album have been sold through the years, so it is not that hard to find one.

Although good albums from good artists are definitely the ones you will want to collect if you are a music enthusiast; they are not necessarily the ones worthwhile collecting if you are purely looking for an investment. Since there is no general rule to determine which artists are worth collecting, it pays to do your research.

Then, there’s the concern of first editions. While the artist and the specific album largely determine whether an LP is valuable, another important aspect to check is the pressing. Purists tend to search for first pressings from the country of origin, often the US or UK, in order to build a collection of first edition vinyl records.

Generally the first pressing is a limited one, which makes the edition rare as well. Other albums to look out for are limited and special editions. For example, members of The Beatles and executives from their studio were given a special edition of ‘The White Album’, stamped with serial numbers; A00000, A000001 and so on. These copies now sell for thousands of dollars.

Recalls are often rare and sought after as well, like the ‘Yesterday and Today’ Beatles’ album with the original ‘butcher’ cover. These rare first pressings even occur today, like with the limited pressing of Flower Boy by Tyler, The Creator on honey yellow vinyl. That was not only a colored pressing, but the first edition. Editions play a large role in determining a records value, even if it doesn’t mean much to you.

It is also good to check the catalogue numbers on the label of the vinyl record and on the cover: they should match. The matrix in the ring at the side of the record label gives information concerning the exact version of the album, since some albums were released in as many as a hundred different versions: Mono, Stereo, first pressing, second pressing, and so on.

Certain versions are much more valuable than other, similar ones. A very important feature that also contributes to the value of your vinyl record is the state it is in. To determine the condition of the record and cover, a ‘goldmine rating’ was created.

Let’s start looking at specific places you could get your records’ value determined.

First, arguably the most difficult option, is getting them professionally appraised. Yes, there are plenty of expert collectors and dealers who can tell you the “value” of a given record. But they won’t be giving you an appraisal. The statement of value in an appraisal is formed by using a methodology called the Uniform Standards of Professional Appraisal Practice.

Suppose, however, you want to know the value of your records because you want to sell them. Essentially, you need to know if you have $50 worth or stuff, or $500, or something else. You want to know where you stand, or, at least, where you could stand if the buyers come or the bidders bid. An appraiser comes to see your things, and gives you a price on what they’re worth.

What you’ll do is go through a laid back appraisal.It may not be legally acceptable (not USPAP-compliant), meaning this sort of appraisal won’t count if you want to put insurance on your records, but it will give you the information you need. And, ultimately, the value — called fair market value — should end up being close to what a formal appraisal would be, since the method of finding price levels in the marketplace is about the same. It is possible to turn an appraisal into an evaluation, if the need arises; but, remember, an evaluation can’t be used as an insurance appraisal.

So, finally, that caller ends up knowing that his collection of records is either worth a full appraisal based on his needs, or that he should just figure out in broad strokes how good the potential on eBay is going to be. In either case, the caller is relieved to know he has the information to make the right choices.

This option is kind of like a treasure hunt, but is a favorite of many collectors. You will want to set up a clean area that is free of clutter to inspect your records. Establishing good lighting will make your upcoming tasks much easier. Generally speaking, a higher-lumen desk lamp, preferably halogen or compact fluorescent should be used. Direct natural sunlight is also a tried and tested form of inspecting records.

However, a word to the wise, vinyl is susceptible to warping in UV light, so be cautious with using direct sunlight for too long. As noted above, a leading factor for determining how much your vinyl record is worth is the release variant. For the uninitiated, albums are often pressed in separate batches over time.

For instance, Pink Floyd’s Dark Side of the Moon has been released in about 380 different vinyl pressings. A release that was pressed into 10,000 copies a few years back? Not many collectors are interested in paying top dollar for that. But the first-edition release pressed decades ago in a limited-edition release of 100? Now that, my friend, can carry some serious value.

The go-to tool for managing your collection can also help price records. Discogs has an active market place and sales data can be accessed after registering for a free account. Matching up pressings is much simpler because they are listed as individual releases. The data presented will be specific to the pressing selected from the master release page for any album making it very easy to target only relevant data.

All of the sites listed work well when used together because you always want to base a price off the most information or at least a second opinion. Check the condition, match up the pressings and look for the most recent sold listings.

Possibly home to the largest number of online record sales, both new and used albums, data from these transactions provides a general idea of how much any given album is worth. Looking up an album is simple; just remember to pay close attention to the specifics of the pressing, making certain they match.

Sold listings are all that matters here. It may be listed at $40 but if it sells regularly at $8, that’s what it’s worth. Use further sorting options if eBay does not first present sold listings by end date with most recent sales.

Making sure the specifics are precise is important here, just like the other avenues of value determination. Many albums are released again after several years have passed, which can be confusing. Simply put, an original pressing is not a reissue. For instance, the Beatles album “Abbey Road” was first released on vinyl in 1969 from Apple Records.

The album was re-released in 1995 by Capital Records. Now, you can certainly find copies of the 1995 edition of “Abbey Road,” but it would not be considered a collector’s item, nor would it be considered to be an original vinyl pressing. Doing this can save you a lot of stress and get you a more accurate idea of what you actually have.

This option is closely related to eBay, and has a lot to do with what eBay has to offer, in a much easier, user-friendly way. Every two days, Popsike aggregates data from eBay’s sold record listings and updates their databases for archival purposes. It’s like a permanent library of eBay data preserved indefinitely for future use. Searching is straightforward.

The listings are usually easy to follow and the same guidance for eBay applies to Popsike: make sure the pressings are identical and adjust the price in relation to condition. Filter the listings by date in reverse chronological order so the most recent data appears first. Popsike does limit searches for unregistered (non-members) per day, but a subscription fee gets you unlimited use.

Another aggregator, Collectors Frenzy, gathers record sales information from eBay and provides a searchable database in similar fashion as Popsike. On the rare occasion when no results are available from eBay or Popsike, Collectors Frenzy can come in handy. Sorting options make it simple to display results by date so the pricing information comes from the most recent auctions.

It tends to be an option many use when Popsike fall short, which doesn’t happen often, but it also has a layout that looks a bit more modern and visually pleasing than Popsike. Believe it or not, that’s important to a lot of people.

Your record collection might mean more to you than any dollar amount, but it’s also nice knowing what you have in terms of value and rarity. Even if you don’t plan on selling, this is a great way to understand and appreciate your records in a deeper way. When you get to a point where you want to know the value of a vinyl record collection, this list comes in handy. Happy spinning and selling! 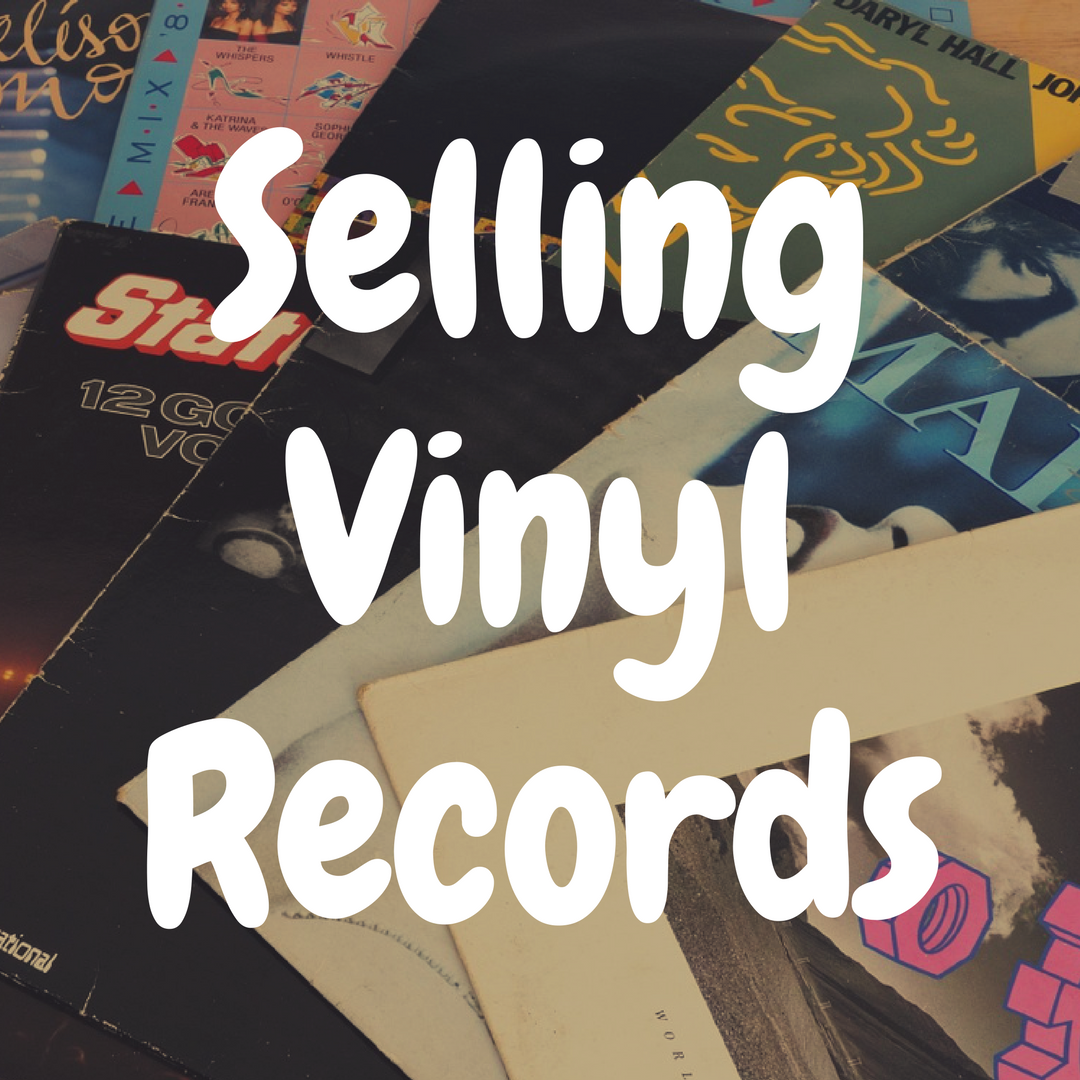 Where to Sell Vinyl Records Online to Make Money 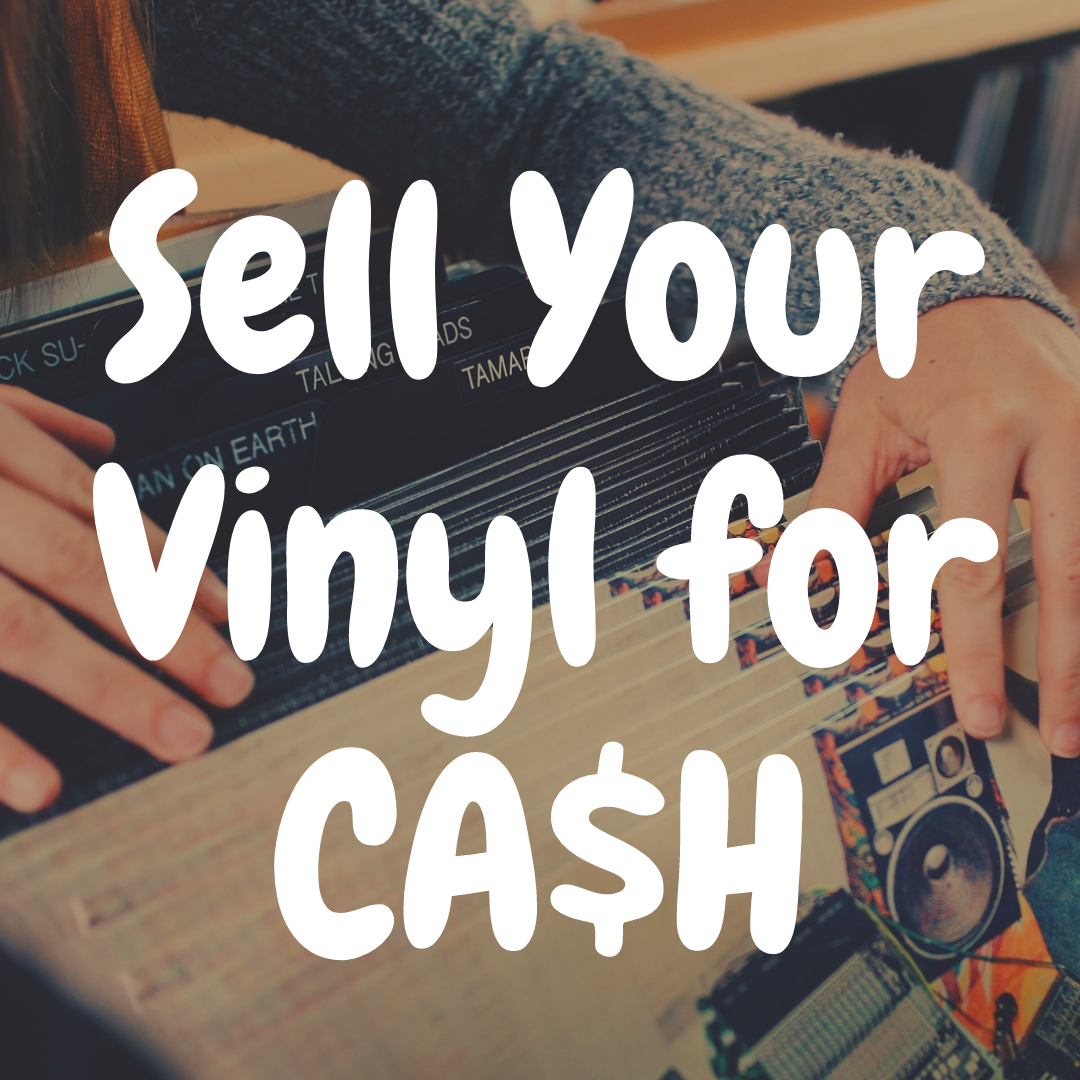