If you are reading this because you have no Beatles albums in your collection and you need some advice, one of these two questions must be asked: what’s wrong with you, or where have you been? 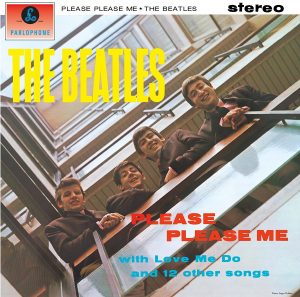 Almost no one, except for a select few who think it is somehow cool to do so, will deny the influence The Beatles have had on Rock & Roll, recording, touring, or music in general, beginning in 1963 and continuing today.

It’s hard to imagine the recorded works of any artist being more collectable, or to many folks, better sounding, than The Beatles. The popularity of The Beatles’ music and its ready availability on vinyl may well have played a critical role in the resurgence of vinyl as a widely used medium.

If you’re in the market for a new turntable, check out our interactive table below, which showcases some of the more popular (and affordable) turntables on the market:

Why Beatles Vinyl Records Are Worth Owning

There are still probably billions of Beatles fans in the world, and more young music lovers discover the band daily.

That level of popularity has led to and supported an industry of research, thought, publishing, curating, and idolatry of the band.

Having all the album tracks released in England put into

This, and the seemingly limitless permutations of mono versus stereo, record labels, cover art, and copyrights have made The Beatles’ catalog fertile ground for serious collectors, fans, and demanding audiophiles. The volumes written covering the band, such as the excellent series of in-depth books about the various labels which released records, by Bruce Spizer, have made collecting the group a whole new sport.

Without further ado, let’s get to our top 10 favorite Beatles albums available on vinyl.

Let’s begin the countdown with number 10.

Much of the allure of collecting Beatle recordings is the number of different mixes for many songs, between singles, album cuts, mono/stereo, or issuing label. This 1980 Capitol album collects some of those variants. 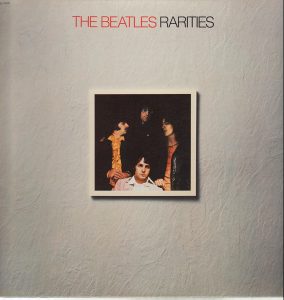 Inclusion of some B sides and others left off the early Capitol albums makes this selection a little dated, but it’s a good starting place for a completist. One track takes two rare-for-the-U.S. mixes of Penny Lane to create a new version. The liner notes state as much, either in apology, or to advertise that there is something here available nowhere else.

A double LP full of excellent songs and performances, the album commonly referred to as the “White Album,” despite seeming at times more like three singer/songwriters and their all-star session men. But what session men they are.

The cover art is considered either inspired . . . or nonexistent. The all-white cover originally was interrupted only by an embossed “The BEATLES,” and a printed sequential number, from 1 (apparently Ringo’s copy, sold at auction in 2016) to the millions. Later pressings eschewed the embossing and replaced it with a printed version of the album title.

But an embossed copy is a piece of history regardless of number, so pay attention to condition. Unless you find number two, three, or four.

This is the only U.S. repackaging of U.K. releases that has become the preferred configuration. Initially conceived to take the EP of songs from the movie, as it was released in England, and put them in an album for American consumers, the longer format caught on around the world. 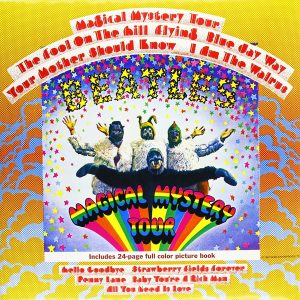 While the original EP is highly collectable, and mono copies of the Capitol release are exceedingly rare, this import pressing has incredible sound quality. For instance, one listen to Baby, You’re A Rich Man will give new appreciation for McCartney’s bass playing, as if you needed it.

It also sports very different artwork than the U.S. release.

As the title implies, this album is in essence recorded live in the BBC studios, without an audience. 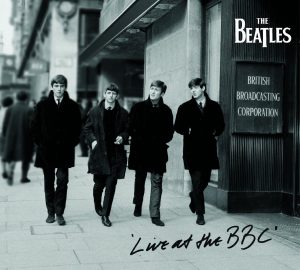 British musician union rules at the time did not allow playing previously released recorded music, to guarantee more work for performers. Therefore, recording artists like The Beatles were required to make new recordings of their hits for play on air. The Beatles did this so frequently that they took up recording covers of tunes they never intended for release, to augment their collection of album and singles tracks.

Their hectic touring and recording schedule gave them literally only hours to show up, set up gear, and record several songs for the BBC’s use. They weren’t performing live on air, so the possibility of recording multiple takes was there, if not for time limitations.

This album and the follow up collection represent the only recordings of the group playing many of the songs, and interesting alternate versions of the others. The album’s success paved the way for other groups of the time to release albums of their BBC performances.

Here is the watershed album for the purists’ argument that mono is the preferred format because John, Paul, George, and Ringo sat in on these mixing sessions, but not for stereo. 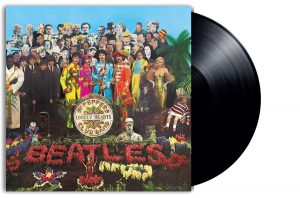 Yes, George Martin’s son, Giles, has famously remastered a mix to closely resemble the original mono recently, but it is just that – a remaster. As in #1 above, this creates a whole new version of the album.

The original mono pressing is the preferred version here because John and George listened to it. The new album is on vinyl and is easily available, but a vintage copy will cost much less if you can locate it.

The 12 songs on this album that weren’t singles were recorded in one night with no overdubs, although there is editing.

The songs were chosen to replicate a typical Beatles concert in 1963.

To get an AAA LP, you will need to find an original copy from the 60’s or 70’s. The current official reissue on vinyl is from the digital master, making it ADA like many new release vinyl records.

For most Beatles albums, the stereo version is preferable, so long as there is no significant difference in the mix. Stereo allows more sonic separation between individual instruments and voices. The arrangements on this LP are so close to a live album, that separation is illuminating.

Only with The Beatles will there be an album recommended that has absolutely nothing to do with the music. This one is because of the cover, which is hard to find. 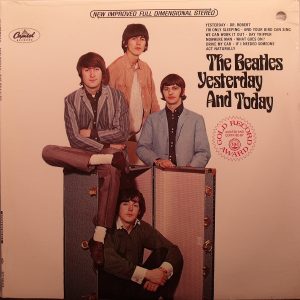 The numbers refer to the condition of the cover, and do not appear anywhere on the package.

There are rumors and theories about how these album covers came to be, but these seem to be the undisputed facts:

To tell whether you have a Second state copy, look at the right side of the cover. In the butcher photo, Ringo is wearing a black turtleneck shirt under his white smock. The lapels of the smock form a “V” with the black shirt. This black “V” is visible on Second state covers under the white section of the second cover.

Stereo copies of each are worth more than mono, because fewer stereo were made in those days.

Some reviewers, including a guy named George Harrison, rate this album as the group’s best. 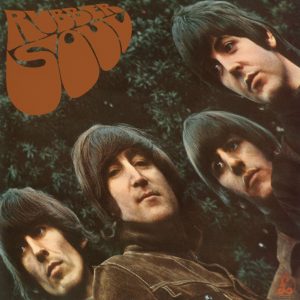 Some also consider it part A to Revolver’s (see below) part B. It does define the group’s transition away from using the studio solely to memorialize what they were playing in concert.

This was something different.

Product of the final recording sessions of The Beatles, many consider this to be their finest album. After the fiasco (in their collective minds, anyway) of the Let It Be project, the group re-enlisted George Martin to produce. He obliged only because the band agreed to create the album “the old way,” whatever that means to the world’s most innovative recording artists. 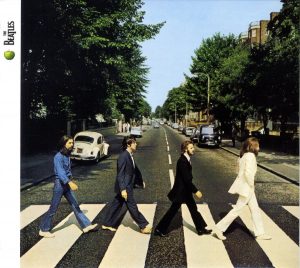 Much like a 4th of July bottle rocket will go faster as it loses weight by burning its fuel, The Beatles came up with a record that is a culmination of their personal and group growth and evolution. It is truly a masterpiece.

But even they knew it was their last effort as Beatles.

Starting in 1980, the MFSL recordings went back to the original master tapes and recut master disks at half speed. In a nutshell, moving the process at half speed allows the cutting stylus additional time to vibrate, allowing it to create a depth of sound unobtainable under full speed mastering.

Pressing onto super high grade vinyl that is so pure it’s translucent completes the package. Yes, hold the disk up to the light and you can see through the grooves.

This album is such a sonic wonder, and such a memento of this band, it deserves special treatment. This is a crossover treasure for any collector of high quality vinyl records.

For the half who don’t think Abbey Road is the best. 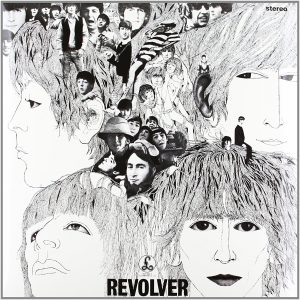 Revolver takes the studio freedom begun with Rubber Soul and adds the tremendous confidence gained from that success and turns it into the true masterpiece.

It spawned several firsts for the group: George’s Taxman is the first of his songs to lead off an album, the seemingly simple Yellow Submarine becomes the group’s first single on which Ringo sings lead, George’s Love You To goes beyond the sitar on a pop song to full Indian instrumentation, John’s Tomorrow Never Knows is a swirling hive of tape loops played directly into the master, all done to a single chord of C.

Sgt. Pepper would not have happened without Revolver, and on closer inspection seems a lesser follow up. This album has an edge that Abbey Road lacks, giving hope for things to come.

And to recap, here are what we believe are the best Beatles albums on vinyl: