What Are the Best Jazz Records on Vinyl? 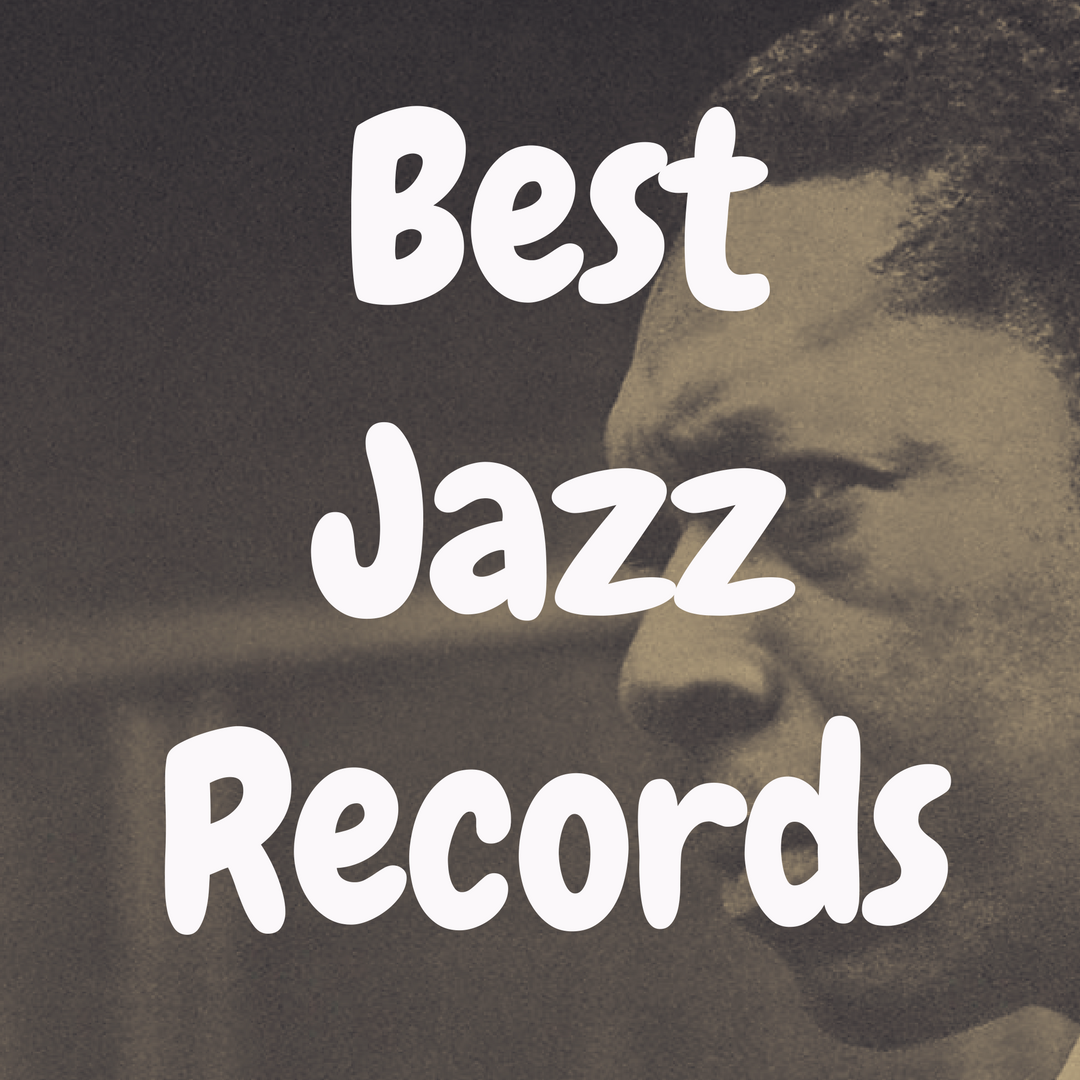 Lovers of all kinds of music have their favorites, and jazz buffs are certainly no exception. And folks truly dedicated to musical quality in all genres also tend to be very sensitive and picky when it comes to how their favorite music sounds. That’s why they’ve gravitated to vinyl LP records.

Or, in the case of others, never left in the first place.

Here are our picks for 10 jazz LPs that you should own. All are readily available in one form or another. Some, in their original release, are more collectible and costly than others, but it isn’t always necessary to have a first issue to get the best sound. 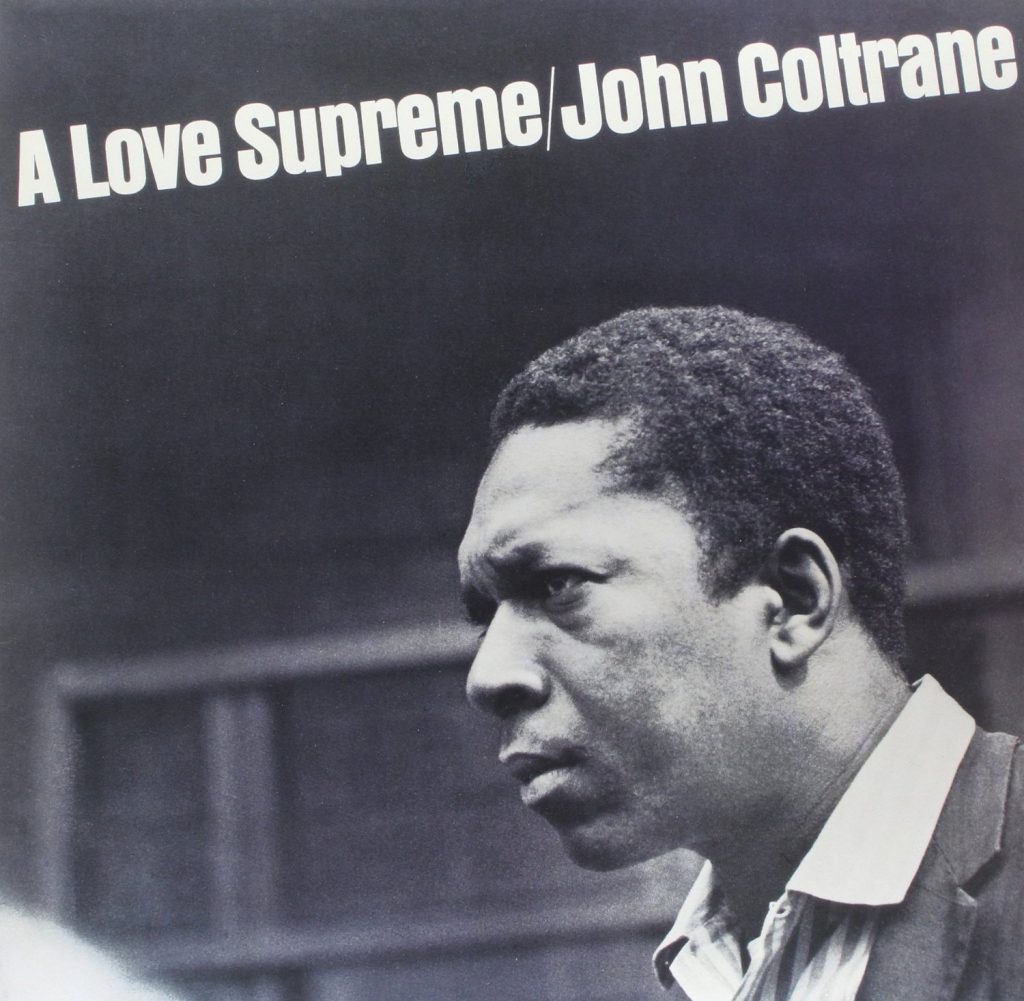 Entire companies have devoted themselves to skillfully remastering classic jazz records and often improving on the original, such as with increased record thickness and even 45-RPM speed.

So stay awhile, and we’ll make some highly subjective recommendations. But our list is only a smattering of the truly important (and enjoyable) jazz that can be had on vinyl.

If you’re intrigued, and are going to go out shopping on your own for some of these wonderful gems, here are some things to consider:

Below, please take a moment to view the jazz albums we will discuss in-depth today:

The 10 Best Jazz Records on Vinyl

And now, with a drum roll (we wish Max Roach were here to perform it), here are 10 of the very best records that you can own: 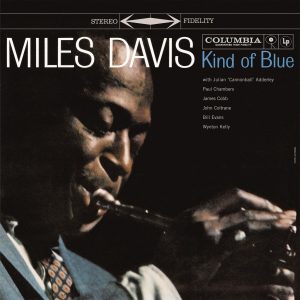 Based on sheer durability and success in the marketplace, this 1959 Miles Davis release is the undisputed king. It’s the largest-selling jazz album of all time and widely considered to be essential in any collection. The reasons are many – the playing by Davis and his cohorts is uniformly engrossing, beginning with the familiar two notes of the opening cut, “So What,” and continuing through the finale, the eloquent and elegant “Flamenco Sketches.”

For an album that was so adventurous (the tunes are based on “modes” rather than traditional chord changes), the music comes across as easy to listen to and digest.

It comes as no surprise, then, that this album has had a mind-bending number of remasters, re-releases, and repackages. (Amazon lists a whopping 77 formats and editions, including CD). We couldn’t begin to detail them here, but when it comes to vinyl, there are normal pressings, thick ones, even thicker ones, blue ones, “anniversary” issues, “limited editions,” and on and on.

Complicating matters is that the original recording was mastered slightly off-pitch, which resulted in a “corrected” version many years later. If you’re really “into the gig,” as they say, you can get a first pressing (Columbia CS 8163) for typically around $100-$200, depending on condition (bad pitch and all). We’d recommend cutting to the chase and picking up the 180-gram, 2011 re-release for around twenty bucks. That’s not too much to spend on music that is truly timeless and sounds simply terrific. 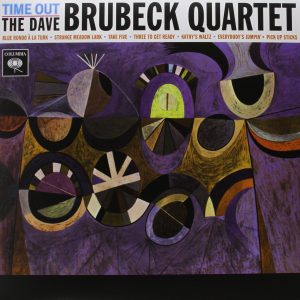 Like “Kind of Blue,” this 1959 Columbia release by the Dave Brubeck Quartet is a record that the “man in the street” can easily grasp and appreciate.  The deliberately odd time signatures make for often whimsical but eminently listenable music, and the playing is uniformly fine.

In particular, the dry-wine tone of Paul Desmond’s alto sax is unforgettable, as is the remarkable drumming of Joe Morello.  A truncated version of the most famous cut, “Take Five,” even penetrated the pop record charts.

This title has been re-released many times on vinyl, and a delicious new 180-gram LP runs only about $24. Actual originals (sealed!) have been offered for $130.

3) Jazz at the Pawnshop 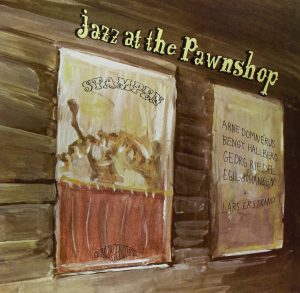 This is the only record on our list that’s recommended primarily for the sound quality, not the performance. But this release, engineered by Sweden’s Gert Palmcrantz, captures the playing of a jazz combo like no recording before or since and has become a legend among audiophiles.

Recorded in 1976 at a jazz club that was formerly a pawnshop, it’s one of those old-fashioned, show-off-your-stereo recordings. The sound is extremely “live,” with tune-ups, crowd noise, clinking glasses, and all.  The music is primarily basic swing and ballads by a quintet of Swedes, but, particularly on vinyl, the listener is essentially THERE.

Used originals can be found in the $100 range, and there is a host of “complete” and “deluxe” editions at inflated prices. A 2005 re-release of the two-disc original is a good buy at about $50. 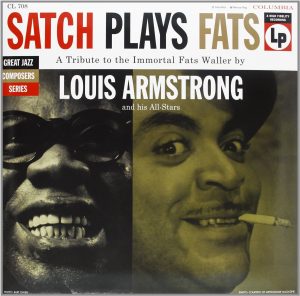 The great Louis Armstrong always maintained that these 1955 recordings were “just another session” by his All Stars of the period. But the resulting Columbia record, produced by the legendary George Avakian and engineered by Larry Keyes, turns out to be one of the best jazz recordings of all time –- and this includes the performances and the sonics.

There is an incredible immediacy in these glorious monophonic tracks, and Armstrong’s voice has never sounded more passionate or his trumpet more searing and emotional. Armstrong’s style and Fats Waller’s immortal tunes are perfectly symbiotic, and the renditions of numbers like “Black and Blue” are absolutely perfect.

The subsequent CD (with interesting bonus material) and reissued vinyl sound fine, but the original Columbia “6 Eye” LP is the real deal, and it’s amazingly affordable (in some cases less than $20) on eBay, Amazon, and various online vinyl stores. 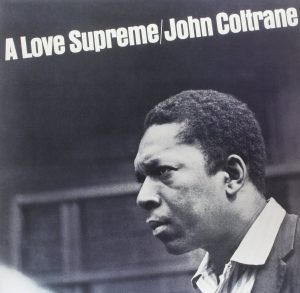 This 1964 recording (engineered by the aforementioned Rudy Van Gelder) is saxophonist John Coltrane’s undisputed masterwork. It is Coltrane’s extremely powerful testament to God. He never played better, and neither did the members of his “classic quartet.”

There are many, many re-releases available for as low as $15. If you’d like a clear-vinyl version, one can be had for about $25.  A three-disc set featuring material from the cutting-room floor along with a live performance is about $35. The original stereo-mixed LP isn’t particularly rare and can be found in fairly good condition for about $30.  But the uncommon mono mix is very hard to come by and might set you back $300-$400.

“A Love Supreme” isn’t as “accessible” to casual fans or the uninitiated as some of our other picks, but its potency and staying power are undeniable. 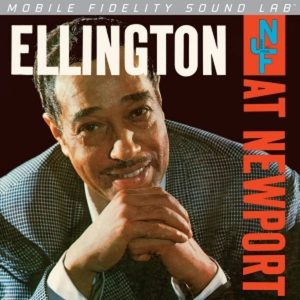 Duke Ellington was fond of saying that he was “born at Newport,” referring to his orchestra’s phenomenal appearance at the 1956 festival and the subsequent live album. The record is most noteworthy for “Diminuendo and Crescendo in Blue,” on which tenor saxophonist Paul Gonsalves lays down an astounding 27-chorus solo, constantly urged on by the jubilant crowd (and Ellington himself).

The recording isn’t the greatest –- Gonsalves fades off-mic a bit at times – but the number is tremendously exciting and a true testament to the spontaneity of jazz.

Subsequent releases (and they are legion) are generally fine, but try to get a well-kept copy of the original LP and sleeve if you can (Columbia CL 934). They aren’t particularly rare or expensive, usually chiming in in the $25 range. (Note that when buying used vinyl, the Goldmine standard is often used.) 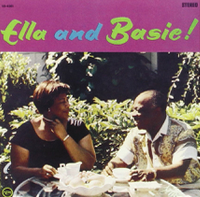 For some odd reason, this 1963 Verve release is seldom listed among the best work of either Ella Fitzgerald or Count Basie. But they are both in extremely fine form, augmented by utterly superb Quincy Jones arrangements.

The dazzling sound also make this LP stand out — just try to find a better-recorded big band. The credit goes to the engineering of the late, great Val Valentin, who was at the board for a wide array of great Verve records of the period.

These two superstars teamed up again years later for producer Norman Granz on his Pablo label, but the LP you want is the one called “Ella and Basie!” If the vinyl’s called “On the Sunny Side of the Street,” it’s the same music, but a reissue.

The original LP is generally available in the $10-$15 range. It’s a steal. The pair’s vibrant workup of “Shiny Stockings” is well worth the price of admission. 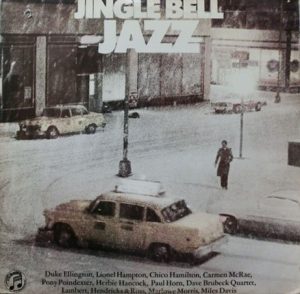 No really spectacular performances here, but all told, it’s a marvelous holiday collection and generally sounds fine. And what a cast of characters is on board: Duke Ellington, Carmen McRae, Lionel Hampton, and more. The very hip, edgy “Blue Xmas (To Whom It May Concern)” by Miles Davis and Bob Dorough is a standout, and so is the offbeat “Deck the Halls With Boston Charlie” by Lambert, Hendricks, and Ross.

Avoid the 1980 reissue — the new cover (with the taxi on the front) doesn’t compare, and the record itself (at least our copy) is a poorly pressed relic of the energy shortage. Get the 1973 Columbia Harmony version (Santa is the cover art) if you can or, better yet, spring for the original vinyl – around $30. Santa’s toy bag is on the cover. The contents are almost exactly the same in all versions. 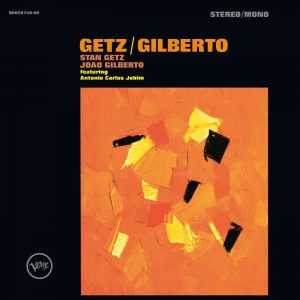 This 1964 marvel is one of those records that everybody seemed to have back in the day.  We have purchased an embarrassing number of iterations of it, from new LP masters to various “super” CD issues. Nothing compares with our original slab of vinyl, which has the richest bass we’ve ever heard reproduced by a phonograph.

Engineered by Valentin and Phil Ramone, it was recorded at 30 inches per second rather than the usual 15, and the result was an unusually warm and “real” recording. The content is simply nonpareil – Getz’s lyrical, breathy tenor sax, the vocals and guitar of Joao Gilberto, and the sparse piano of Antonio Carlos Jobim.

Then, of course, there are the two numbers by vocalist Astrud Gilberto, whose inclusion (at least according to most lore) was an afterthought. It was probably her participation that rocketed this record to such heights.

A close runner-up would be Getz’s first LP in this realm, the marvelous “Jazz Samba,” the record that launched the whole bossa nova “thing.” 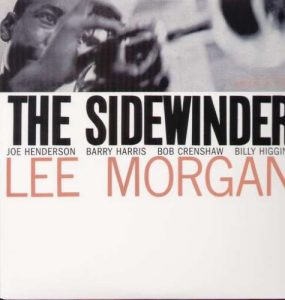 Vinyl record albums (particularly originals) from this fabled label are the most treasured of all, and Blue Note is worthy of a category unto itself. If you held a metaphorical gun to our head and told us to pick one, we’d probably go with trumpeter Lee Morgan’s 1964 “The Sidewinder,” an enduring classic that sounds just as fresh, challenging, and (sometimes) funky today as it did when it was first pressed.

But that’s really a random pick among a veritable treasure trove of great jazz from a call-the-roll list of immortals.

Almost everything of any merit has been re-released on updated vinyl and CD, but a good reason that Blue Note vinyl is preferable over CD is the ability to fully appreciate the label’s stark, uniquely identifiable covers, which are justifiably considered a unique American art form. 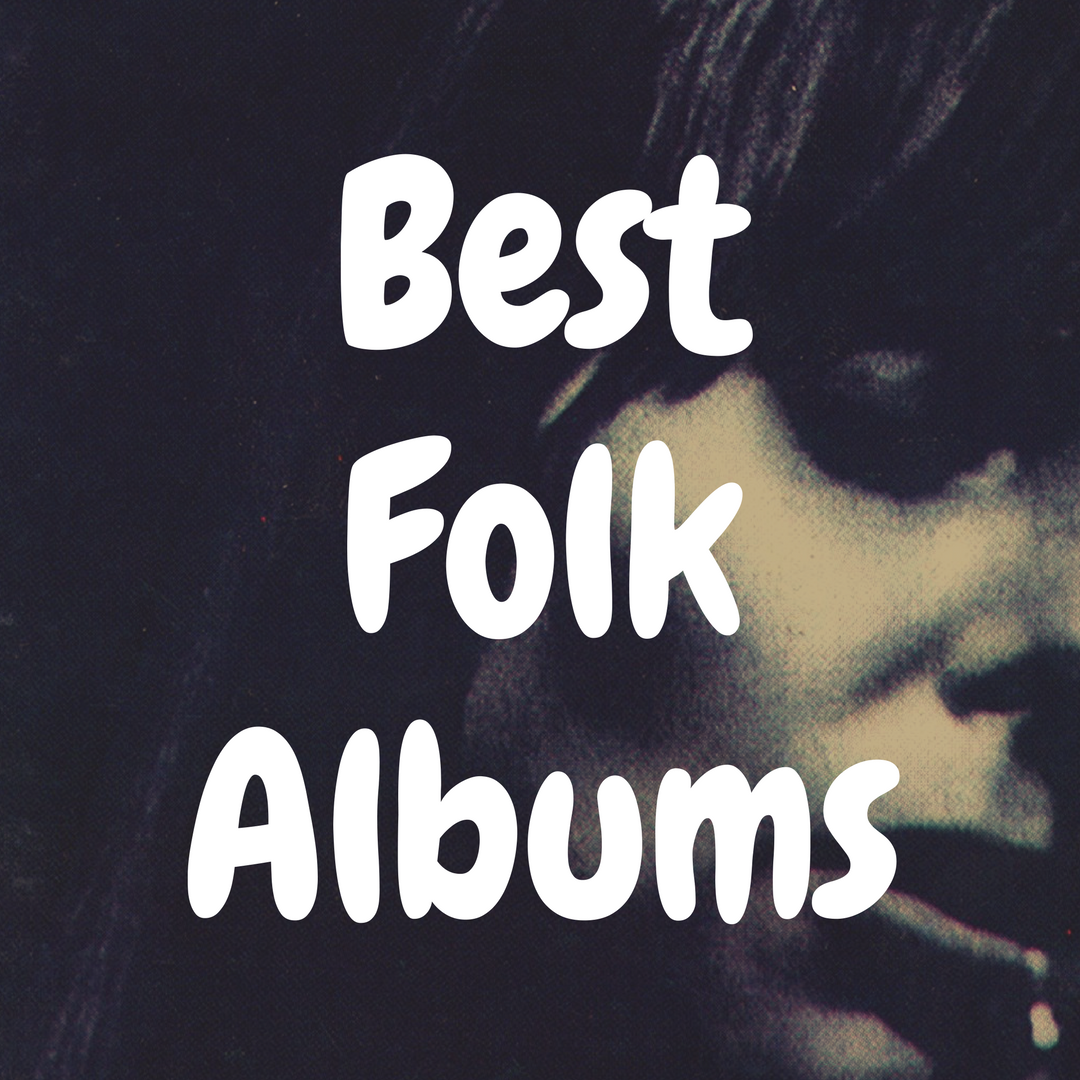 Top 10 Best Folk Albums to Own On Vinyl 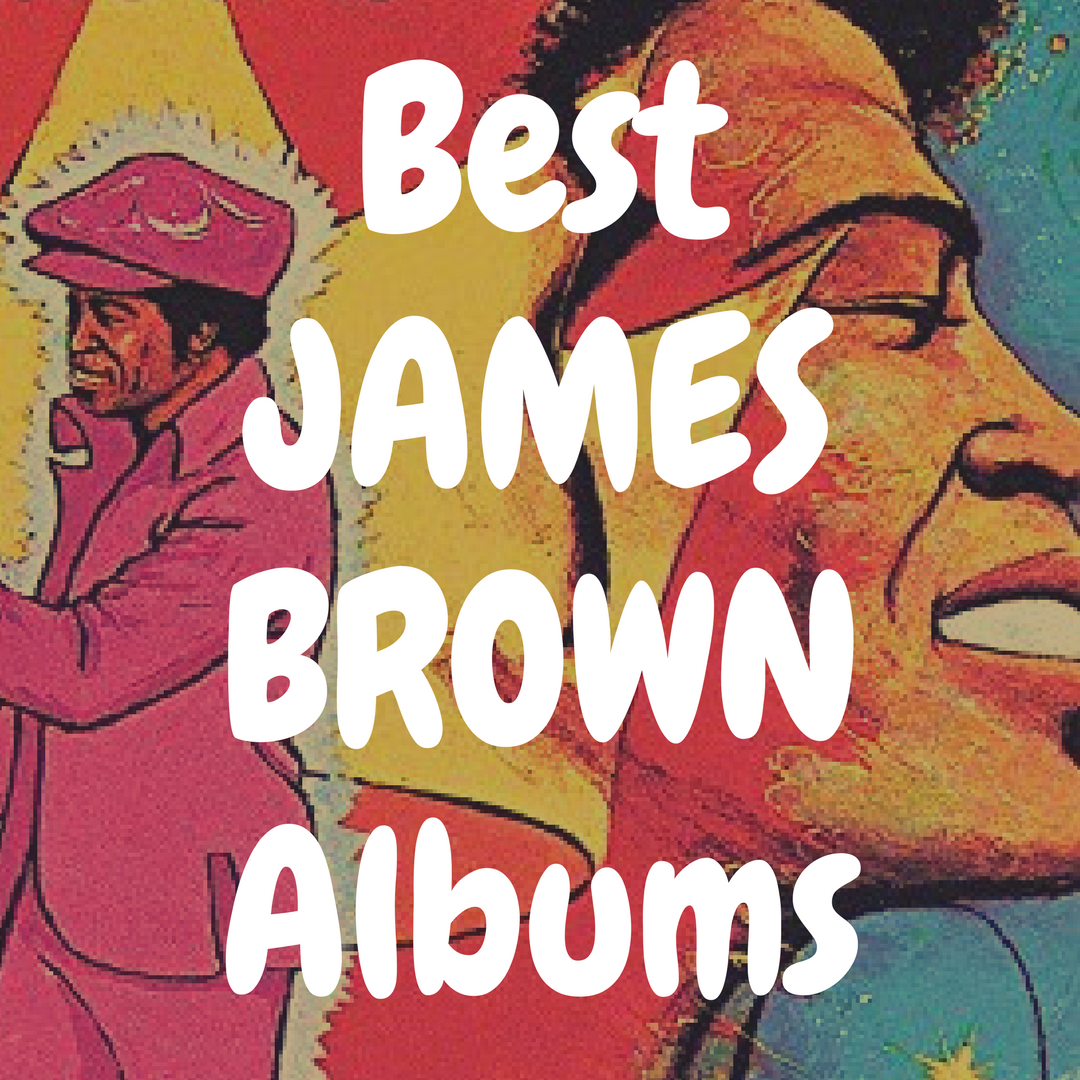 Top 10 Best James Brown Albums to Own on Vinyl 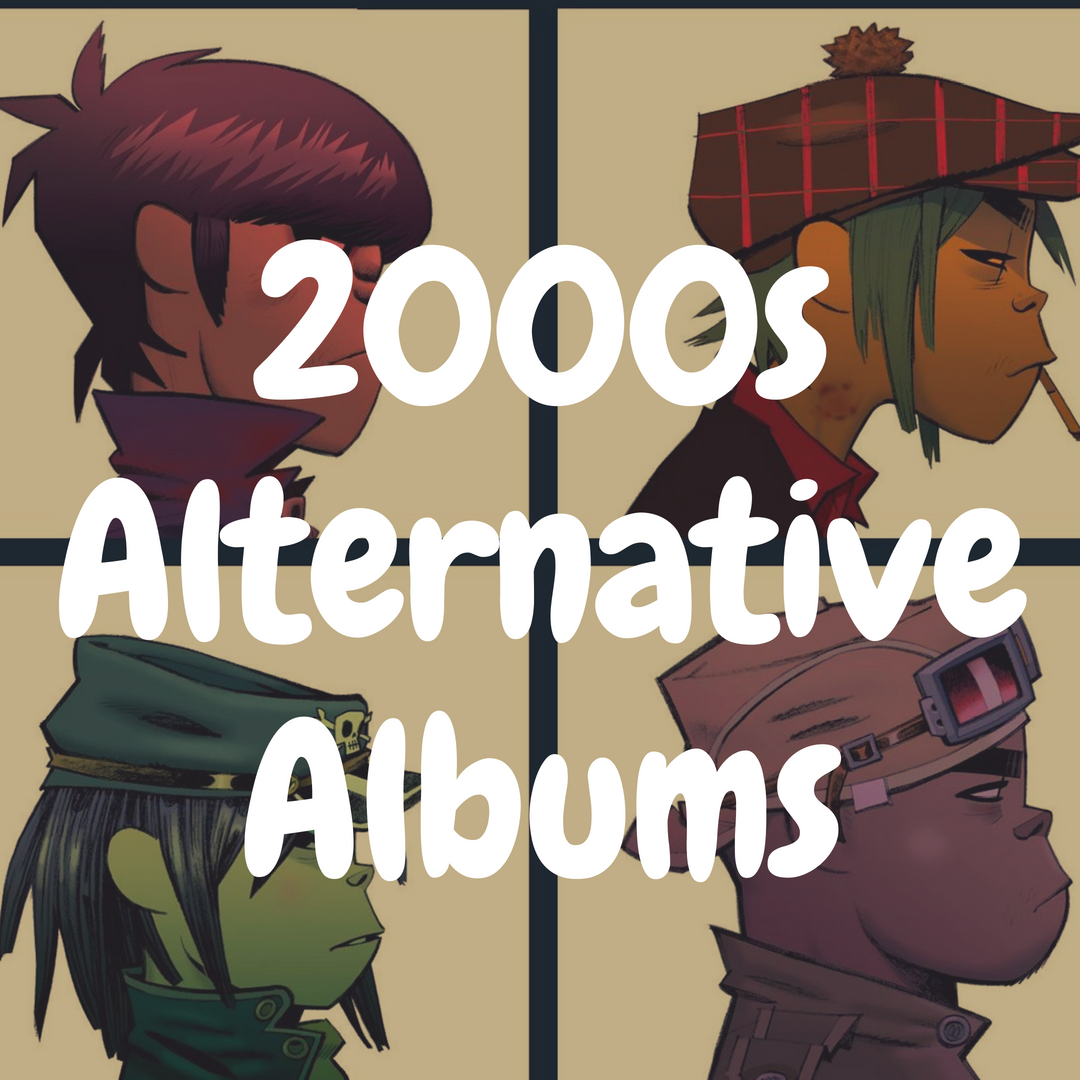 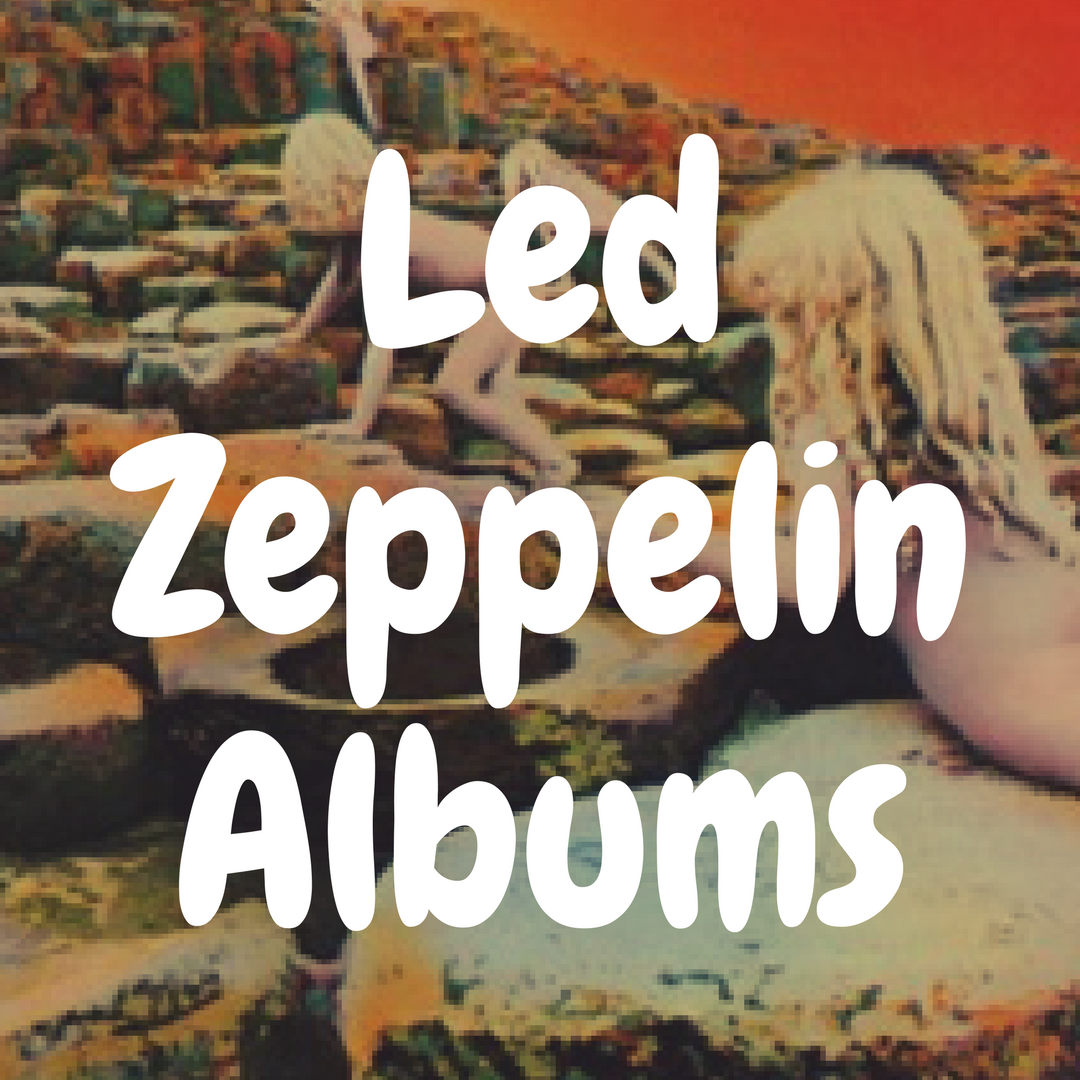