What are the Best Turntable Needles to Buy? 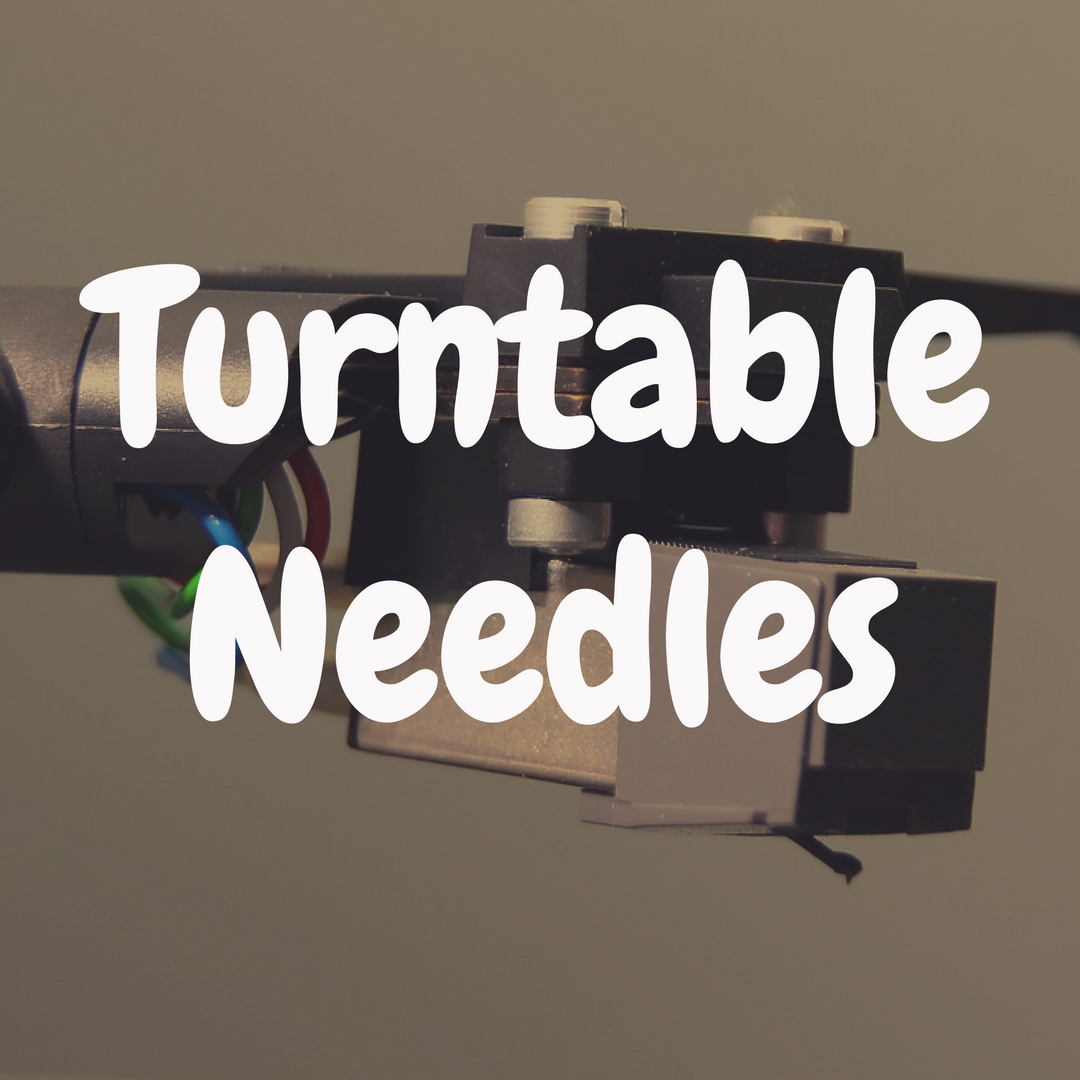 When it comes to needles, you’d better not be squeamish. Turntable needles, that is. As we’ve discussed before, the vinyl listening experience comes down to its component parts.

A good record player offers better sound quality. So do a solid pair of speakers. The vinyl record albums you buy matter, too. Your three-figure sound system is all for naught if your old records give new meaning to the name Lee “Scratch” Perry.

And before we move forward, please take a moment to use the interactive table below to review some of the record player needles we will be discussing in today’s article:

Now what about those vinyl grooves? What’s the piece of the puzzle that makes them sing? That, of course, would be the needle, or the stylus –- the small metal piece that hangs from the end of the tonearm and actually sits down in the grooves of a record to transmit its sound to the turntable.

Simply put, there is no sound without the stylus. The needle is the nerve center of the whole operation.

And as with all aspects of a record player’s component parts, not all needles are created equal. In fact, the quality of the stylus has as much to do with the overall value of your sound system as that nice new surround sound speaker system.

Styluses get old and worn. Cheaper ones get older and warn out faster. They need to be replaced from time to time. How many times you replace needles in the lifetime of your turntable has a lot to do with your budget and how much you’re willing to spend to not worry about spending more.

What We’ll Dive Into Today

In this article, we’ll look at a range of stylus choices, from low to high end, to help you find the type that’s right for you. Today, we’ll be discussing these five styluses in depth:

Below, please take a quick moment to view some of the best selling turntable cartridges currently available for sale on Amazon:

Another important aspect to know when buying needles is that you most often don’t buy just the needle itself, but the cartridge to which it’s attached. The cartridge is the piece that attaches to the end of the tonearm, and the stylus is the extension from the cartridge that sits down in the grooves of the record.

Cartridges come in different shapes and sizes. You can choose to buy a turntable’s own brand name of cartridges, or attach a different brand to your hi-fi set.

Certain brands will probably not work with others. For instance, a cheaper portable Crosley turntable model probably can’t support a high end cartridge and needle like the Benz Glider. The higher you get in price, the sturdier your parts are going to be.

From a sturdy name in hi-fi comes a solid cartridge/stylus combo in the AT95E from Audio Technica. The performance you get for the price of this model is second to none.

As with their line of turntables, Audio Technica manufactures all parts with quality in mind. That means you’ll find attention to detail right down to the diamond stylus that won’t wear on the grooves of your records.

With turntables, details matter. Diamond stylus. Tracking force. Load impendence. These are all terms to consider when buying a needle cartridge. The exact force with which a needle is applied to the surface of a record means the difference between clarity and scratchiness.

You may have heard the old vinyl listening pro tip about putting a coin on top of your cartridge when a record is playing in order to keep the needle in the groove. This is so the groove maintains maximum contact with the surface of the record, leading to less skipping and scratching in the audio.

The coin trick can actually work, but it’s a risky band-aid. What you’re really trying to do is compensate for cheap or worn-out parts. Why apply a bandage when you can get a better part? The AT95 is a solid go-to for just this kind of situation. Or maybe you’re in the market for something more top of the line.

You might as well call this one the Mercedes Benz Glider. This model, from Swiss company Micro-Benz, is one of the most solidly built, long-lasting, and expensive styluses you’ll ever find.

Did I say it was expensive? This thing costs more than most high end turntables. You could have a whole turntable setup and surround sound system installed for the price of the Glider. This is not a stylus for the faint of pocketbook.

So why include it here? Because maybe you are someone who’s willing to spend that cash. And because it’s important to know that you get what you pay for. The Glider does exactly what it says it does. It glides in the grooves of your records, maintaining a perfect balance point and tracking weight. It’s one of the more extreme examples of moving coil (MC) cartridge design, often cited as the preferred design of most audiophiles, as opposed to the more standard moving magnet (MM) type.

The sound the Glider provides is clean and broad. The great thing about styluses at this level is that they don’t really cause much of a fuss. They just give you the sound as it was meant to be heard. With a cartridge/stylus combo like this, you’ll wonder why anyone would ever settle for anything less. Then, you’ll remember the cost. Sometimes, more is more. Sometimes, less is best.

At the complete opposite end of the spectrum is the Crosley Np6. At first glance, the difference in cost between the Np6 and the Benz Glider is laughable. But then you have to consider what the Np6 actually is. This is not a cartridge, but rather a replacement needle that can be fitted to a Crosley cartridge. This represents another way to buy styluses for your record player. Once you have a solid cartridge, oftentimes replacement is simply a matter of finding a new needle.

Needles, like cartridges, run the gamut of price and quality, and the Crosley Np6 is an example of a cheaper replacement part that can still fit the bill. Because of the price point of a lot of Crosley turntables, Crosley parts are often made of cheaper, plastic materials.

The Np6 is exactly that. It advertises as a diamond stylus, but not all diamonds are cut from the same rock. It will get the job done for the price, but it won’t provide top of the line sound, and it won’t last as long. If Crosley is quality enough for you, though, then this model will do you just fine.

Most cartridge/stylus combos available today provide stereo sound. It’s what most listeners are used to today, and most wouldn’t give any other option a second thought.

But there was a time when all albums were recorded in mono, as in single channel audio, as opposed to the dual channels of modern stereo. And there are those who still believe that mono is the purer format, despite the widescreen advantages of stereo.

For those who want the single channel, the Ortofon 2M will fit the bill. A well regarded name in the cartridge/stylus industry, Ortofon has designed a market standard in the MM class of cartridges. Where the Benz Glider towed the higher end of the CM audiophile class, the moving magnet 2M provides a more cost effective but hardly less quality alternative. Y

The 2M delivers dynamic, consistent sound for a fraction of the cost of the Glider. Only the most finicky audiophiles will prefer CM to the 2M. This is a must-have for serious record listeners willing to raise their budget a bit.

I first upgraded my stylus to the 2M Red years aog, which is the most basic of all the cartridges that 2M offers.  Soon afterward, I upgraded again to the 2M Blue, which provides a better, cleaner sound, although it’s a bit more clinical and less “full” sounding than the red.

Overall though, with a variety of different options, the Ortofon 2M line is one that shouldn’t disappoint.

Musicians know Shure. Their microphones are the gold standard for singers and stagehands everywhere. It’s a good rule of thumb to know that whoever musicians are going to for their music-related needs, you should go there too. And it just so happens that if you’re in the market for cartridge/stylus combos, Shure is in that business too.

The M447 is made for musicians. It’s an affordably-priced entry point for DJs and turntable enthusiasts that want to get their feet wet. It’s most standout feature is its inherent anti-skipping technology, meaning DJs can scratch to their hearts content without getting scratchy. And its solidly weighted body means powerful sonic output at a consistent level.

All of this can be yours too, DJ skills or not. Attach the M447 to the tonearm on your turntable and you’ll have a sure (no pun intended) thing. Your records will sound bigger and brighter, and you won’t miss a second of the sound.

That’s what the combination of quality and affordability sounds like, and that’s exactly what most people should aim for when looking for the right stylus. When in doubt, follow in the footsteps of those who know music best. 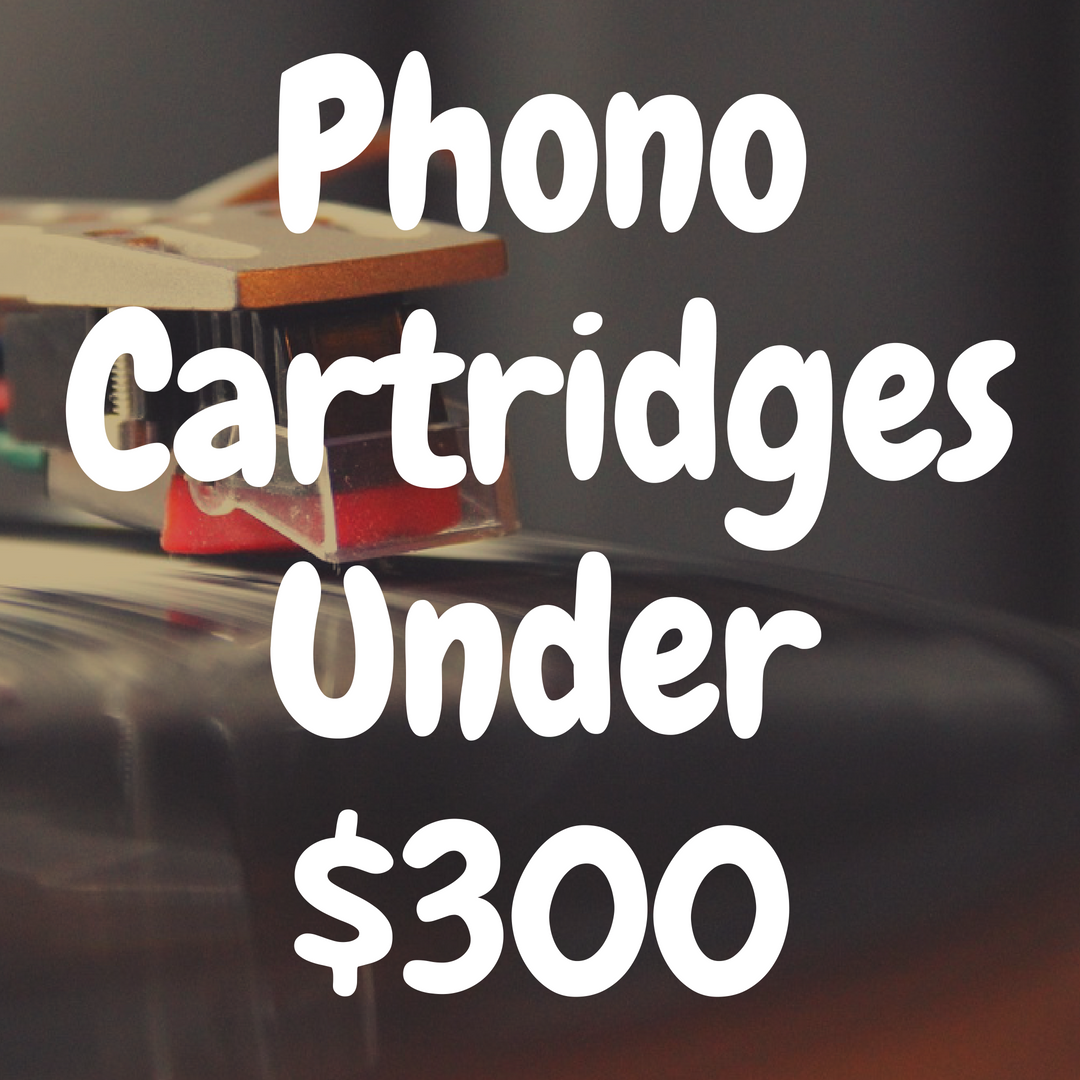 The Best Phono Cartridges Under $300 You Gotta Try 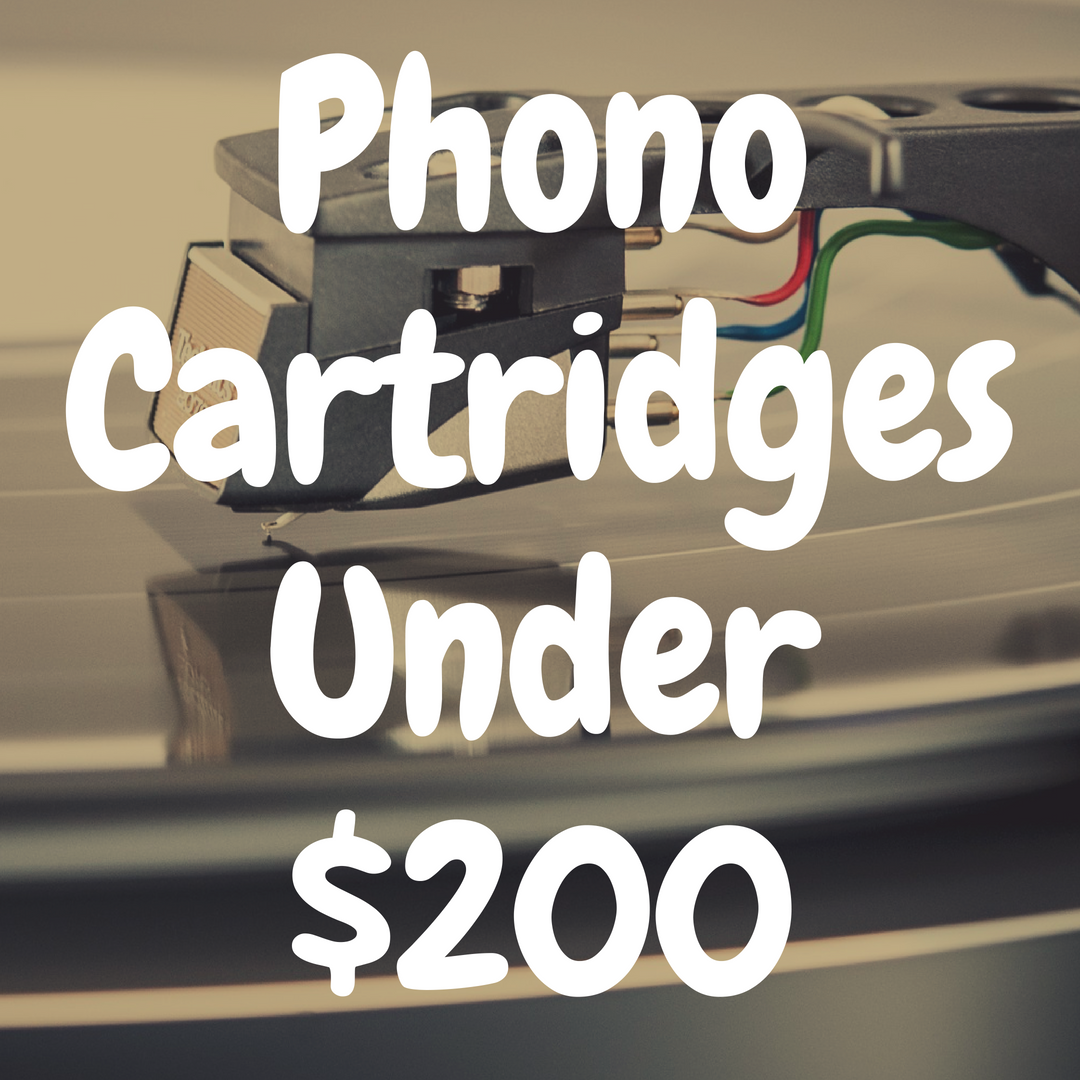 The 5 Best Phono Cartridges Under $200 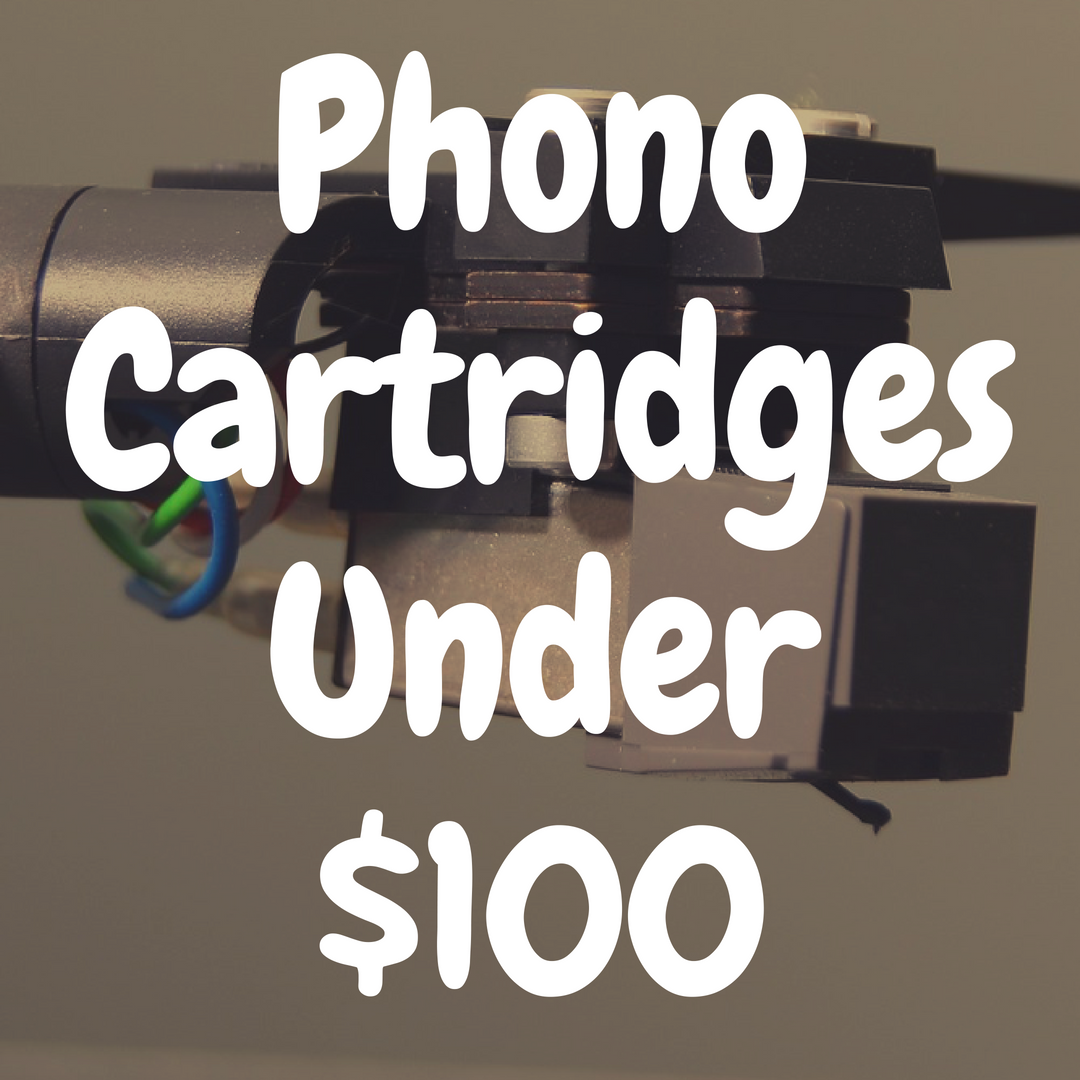 What’s the Best Phono Cartridge Under $100?