In this article, we’re going to examine DJ mixing equipment that beginners can use and enjoy.  We’ll help you understand everything you need to know to get started, and specifically what kind of mixing equipment you should most consider acquiring for upcoming gigs.

And, to better help you understand that kind of amazing equipment that’s available, we’ve compiled an interactive table (below) that showcases popular CDJs, mixers, controllers (along with a few “regular turntables”) that are on today’s market.

What Equipment Do I Need?

While equipment you need to be a DJ is largely the same regardless of the setting, who provides that equipment will change drastically depending on where you are.

If you’re at a house party, for instance, you’ll need to provide everything. This can and will include speakers, amplifiers, mixers, controllers, sources and all the accessories you’ll need to hook them up.

If you’re in a bar or club, even a small one, there’s a good chance that a lot of this equipment will be provided for you. You may only be required to bring a laptop, if you’re going digital, or a pair of turntable cartridges, if you’re going the vinyl route.

It’s All About the Music

Speaking of digital or analog, which should you use? This question is largely dependent on what style of music you’ll be playing and what venue you’ll be in. If you’re going to be spinning house, trap, techno or some other style of dance music I’m now too old to have heard of, you’ll likely be going digital.

Local bars and smaller venues, capitalizing on the current vinyl craze, will often advertise theme nights with specific genres like soul, 80s or other style to draw in patrons. Vinyl plays an important aesthetic in this niche. They’ve likely invested in most of the equipment you’ll need they’ll expect you to leave the laptop at home and drag out your record crates.

Since the second is the most likely scenario for most would be DJs, we’re going to begin our focus on the gear you’re going to need as newbie to the DJ scene and go from there.

Let’s first begin a little old school with vinyl records before we move towards the digital realm of equipment.

If you currently have a record collection you know that it can be an expensive and sometimes even cumbersome hobby. Wax doesn’t come cheap, especially these days. As more and more people start to collect vinyl, the price keeps going up and up.

The other consideration is weight. You know that 180 gram record you just bought? Including the dust cover, that’s about a 1/2 lb per record. Couple that with the fact that in a four hour DJ set you’re going to be playing around 200 songs, things can turn into a heavy proposition.

Unless you’re Hercules, lugging around hundreds of 12” albums can be back breaking work. As a result, many DJs choose to use 45s, or 7” records. These singles, usually containing only two to four songs, are much lighter and less expensive than an entire record.

If you’re spinning mainly soul, R&B or other older genres, this can be an economical and healthier solution. Unfortunately, single sales reached an all time low over a decade ago and  most analog releases of newer music is limited to the full album with singles being digital only.

As stated before, there’s a good chance the bar you’re DJing in will have most of the equipment you’ll need already in the booth. The speakers, amplifiers and mixers will have been installed long before you arrived.

The only equipment, besides your records, that you’ll be required to bring are two DJ style turntable cartridges. These cartridges will usually have headshells built right into them so all you have to do is screw them into the tonearm and adjust the counterweight.

Ortofon is a turntable cartridge manufacturer that makes a full line of DJ cartridges. These cartridges can be purchased in pairs and sometimes come with an additional stylus for when one of yours inevitably breaks. Their Concorde Pro S is a favorite of DJs everywhere.

Speaking of adjustments, it’s a good idea to talk with the bar manager about what adjustments you can and can’t make to their system. It’s likely that whoever installed the system also painstakingly equalized it on the mixer to get the most out of the acoustics of the room.

Those treble, mid and bass knobs may look like a tempting toy to be played with but nothing will get you banned from a bar faster than messing around with their presets. Until you know more about the equipment your bar is using it’s a good idea to stick to volume adjustments only.

While nearly all bars will have a pre-installed sounds system not all of them will provide a source. If you’re going with vinyl you’ll be required to bring a pair of turntables with you to plug into a pre-existing mixer. While features on them while largely remain the same, quality and price can vary greatly. DJ turntables are more durable and more feature rich than your typical home table.

One of the most popular DJ turntable of all time is the Technics SL-1200 MK2. The 1200 was produced by Panasonic in different iterations from 1972-2010 and is the go to choice of every DJ period. It’s built like a tank, has a strong motor that stops and starts on a dime, and great dampening.

As you can imagine, these tables are becoming exceedingly expensive and exceedingly rare. Panasonic recently released a new version of this table for limited distribution with a steep $3000 price tag. They sold out in one day.

If you’re looking for a more economical, new option you can’t overlook the Pioneer PLX-1000. At $699, it’s not cheap but it’s a far cry from anything currently produced by Technics. It’s sound quality is said to rival that of home audio turntables that are twice the price.

A more economical version, the PLX-500, is now available for $349 meaning you can get a pair of them without cracking a $1000. This entry level turntable will still give you good build quality and features like a slide pitch control but without the price tag. There are certainly less expensive options out there but quality starts to fade quickly.

Once you get away from the bar scene equipment really starts to add up. You’re going to need a lot more gear to kick out the jams starting with a quality mixer. A mixer is the control hub of your entire system. It’s where you plug in your sources, adjust eq and volume, and output to your amplifier and speakers.

More advanced mixers will have effects, give you more options for blending and read BPM, or beats per minute, so you can smoothly transition from track to track. Good basic mixers will allow you to equalize each channels bass, midrange and treble.

They will also give you independent level, or volume, control for each line in addition to a headphone input with it’s own volume control. Companies like Behringer and Eurorack make some fantastic options for just about any budget.

Headphones come in all shapes and sizes but there are some things to consider when choosing a pair specifically for DJing. Obviously those Apple earbuds aren’t going to cut it and Beats by Dre have so much equalization to them that they completely mask the acoustics of the room.

Ideally you want a dry, neutral sounding pair of headphones with little coloration. Most consumer headphones crank up the bass and add some extra treble to make songs pop and sizzle. This is great for your morning commute but ideally you want something that is, for lack of a better word, boring.

AKG has been making professional headphones for four decades. Their semi-open K240 pro studio headphones have been in production since the 1970s. The PS5000e pro series headphones from Grado are an amazing option if cost isn’t much of a consideration. Grado Labs has been manufacturing cartridges and headphones right in Brooklyn NY since the 1950s.  They will allow you to better hear what your audience is hearing with clean, crisp and accurate sound.

Unless you have a dedicated sound crew it’s likely that you’ll be DJing with a single pair of speakers. There are many configuration options out there but the easiest is the powered monitor. These monitors will have built in amplifiers reducing the amount of equipment you have to haul and decreasing set up time.

One of the most popular brands of powered DJ monitors is KRK. Their Rokit series is a favorite of beginner DJs and vary in price depending on the size of the drivers, enclosure and amplifier. With several input options you’ll be able to go straight from your mixer into a pair with little to no hassle.

Whether vinyl just isn’t your thing or you don’t want to incur the additional expense of buying new records every week, digital may just be the thing for you. It’s much easier to walk into a venue with a laptop then to drag two turntables in flight cases and twice your weight in wax.

While going digital certainly has it’s upside, you can’t just fire up iTunes and queue up a selection of songs. You’re still going to need some gear. A controller is a device that allows you to manipulate the music you have stored on your computer.

Just like with vinyl, you’re going to be selecting tracks, blending music, a matching beats. The two most popular control software packages available are Traktor and Serato. The controllers themselves will replace your mixer, and are designed and built to work with the software to give you physical control over your music just like you were spinning vinyl.

Becoming a DJ for fun or for profit can be both a thrilling and frustrating endeavor. It is both exhilarating and, at the same time, a lot of work. Whether you’re spinning at the bar down the street or raving til dawn in front of a thousand people, you’re there to entertain. Don’t forget to have fun and don’t forget to ask, “Wanna come to my DJ night?” 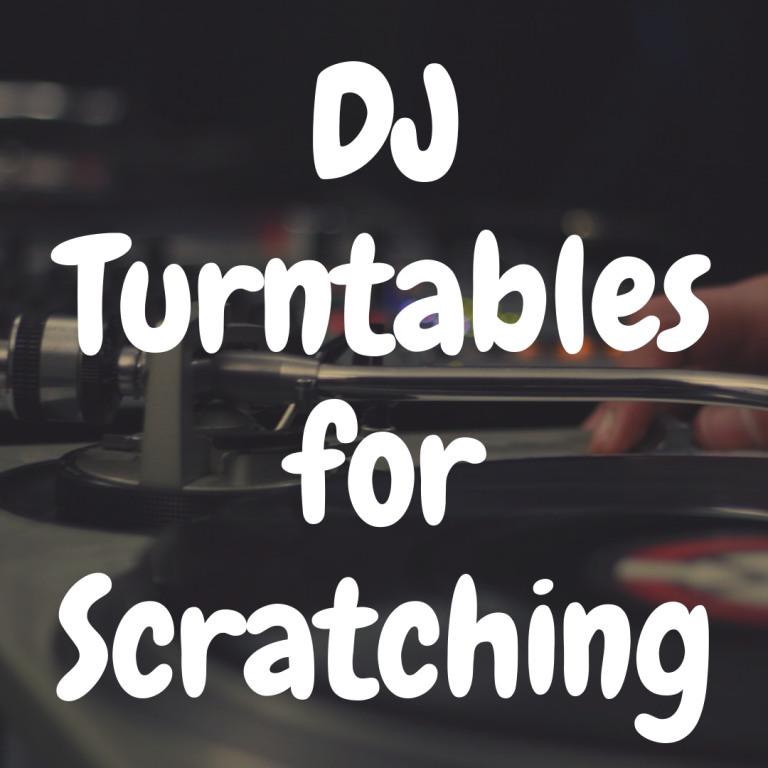 A DJ turntable is the midpoint of a DJ’s art form. It can be labeled as a rebellious branch of sound engineering due to its carefree and… 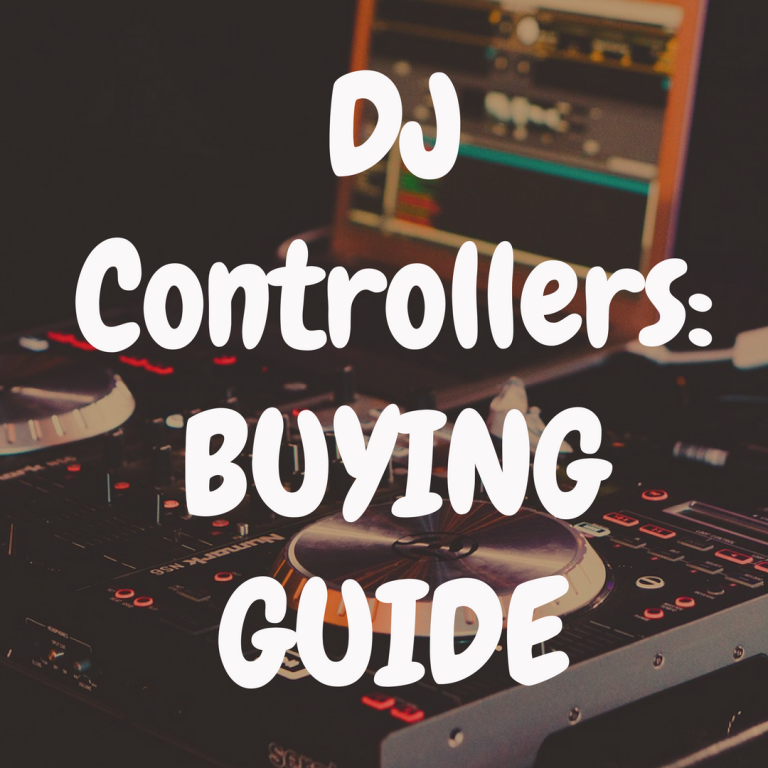 DJing is a popular art form, but it’s also a traditionally analog art form. It requires arcane technology, namely the vinyl record player, which, until recently, was… 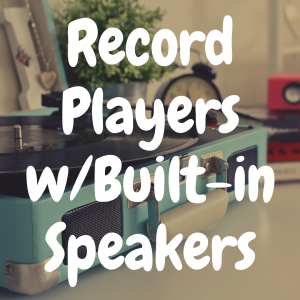 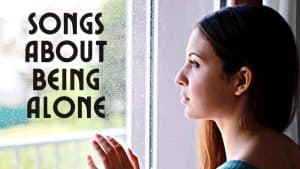