You are here: Home / Buying Vinyl Records / The 10 Best Punk Albums on Vinyl You Gotta Own

In this article, we’re going to break down the ten best punk albums available on vinyl that everyone should own.  From The Ramones to The Sex Pistols, let’s see if your favorite album cracked the list. 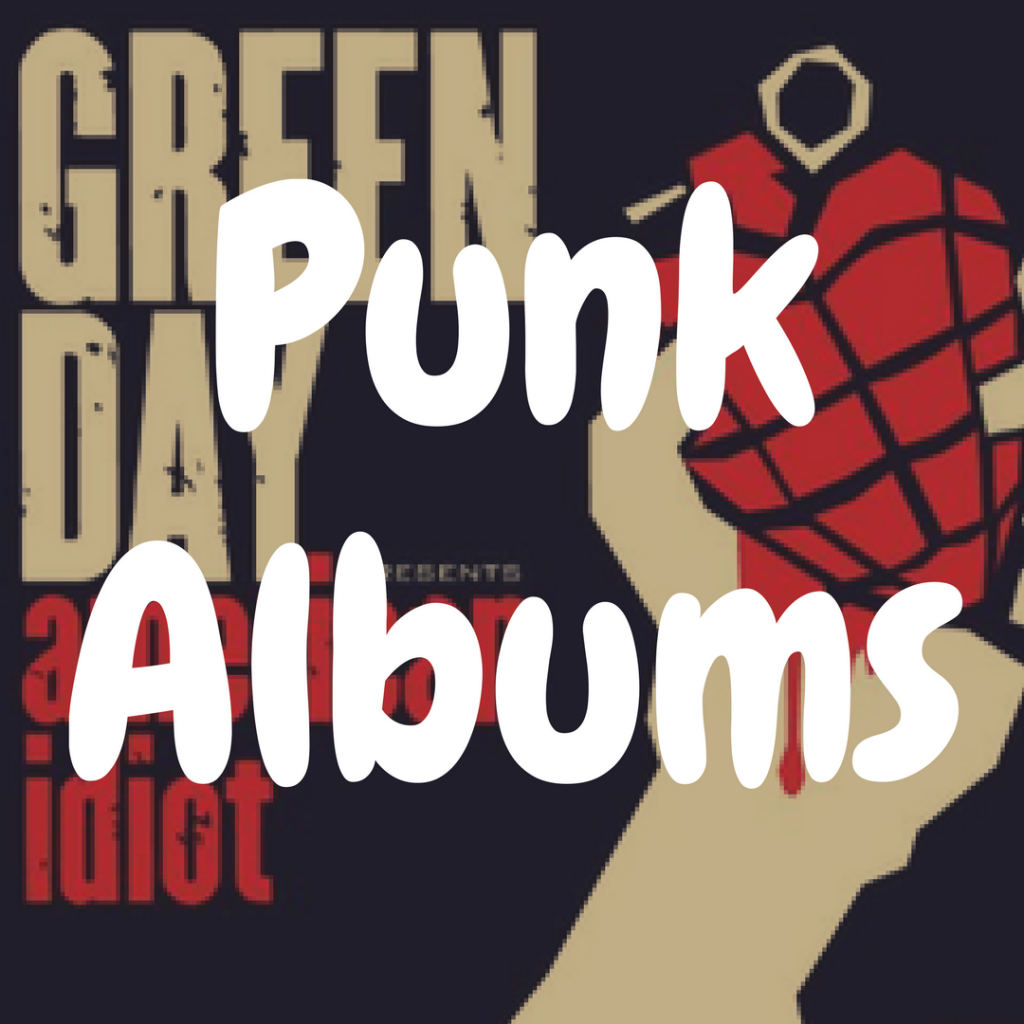 Now, let’s begin our countdown by starting off with a Green Day classic.

Green Day had almost 20 years of success as a punk band before they released their most critically celebrated album, American Idiot. Their prolific punk roots reverberate on each track. The rebellious lyric “I DON’T WANNA BE AN AMERICAN IDIOT” on the track “American Idiot” is as political as their Clash forefathers. 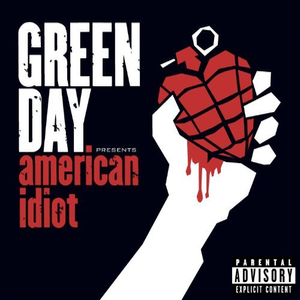 “Wake Me Up When September Ends” leans more toward punk indie sensibilities and follows up with the guitar ripping “Homecoming.” Lead singer and guitarist Billie Joe Armstrong wanted to “just go balls-out on the guitar sound.” The Les Pauls and Marshalls scorch through their amps. The vinyl version is widely available due to Green Day’s punk popularity.

The punk music genre was still barely forming in the late seventies and The Ramones first and self-titled album, The Ramones, was one of the first of its kind. The Ramones combines riffs on popular music with the trademark “noise” trademarked by punk’s critics and fans. The Ramones are unconstrained by its pop-style short songs and lack of significant guitar solos because it emphasizes their leather jacket attitudes. 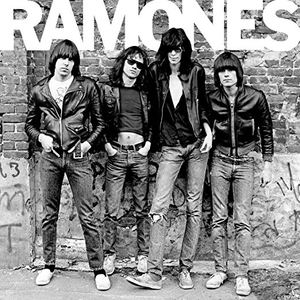 The Ramones is only twenty-nine minutes in length and features thirteen original tracks one cover, Chris Montez’s “Let’s Dance.” Although The Ramones is considered proto-punk, tracks such as “Blitzkrieg Bop” and “Today Your Love, Tomorrow the World” solidify their place within the burgeoning punk movement.

Plus, the album’s cover art is stunning. All four members Joey, Johnny, Dee Dee, and Tommy Ramones lean casually against a brick wall wearing matching jackets and “no holds barred” attitudes. The vinyl copy of this album is an essential piece in any punk rock collection. 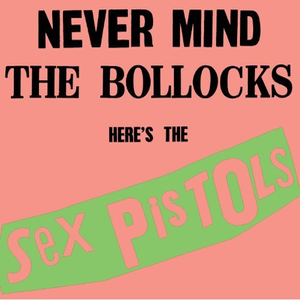 This defining album celebrates chaos, features seething guitar and bass, and lyrics that confront monarchy. According to vocalist and founding member John Lyden a.k.a “Johnny Rotten” their seminal track “Anarchy in the U.K.” punk is ripe for political confrontation, “I have always thought that anarchy is mind games for the middle class.”

Never Mind the Bollocks, Here are the Sex Pistols is also one of the only first-wave punk albums to be certified platinum. “God Save the Queen” will inspire political resistance when maxed out to its highest volume on your vinyl record player. This album is an essential cultural icon.

7. Fresh Fruit for Rotting Vegetables by the Dead Kennedys, 1980

By the 1980s punk was entering its second wave and established within the rock genre. Unlike their first-wave forefathers and mothers, the Dead Kennedys engage in post-punk satire. They are so “punk” they undermine its established genre tendencies. Fresh Fruit for Rotting Vegetables is a riot because it engages punk with comedy. 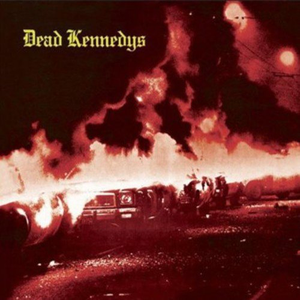 In response to Horses, legendary songwriter, poet, novelist, and musician Patti Smith says, “I was not really a punk.” Patti Smith is now crowned punk music’s queen. She is the Cleopatra of resistance and feminist mastermind of first-wave punk music. 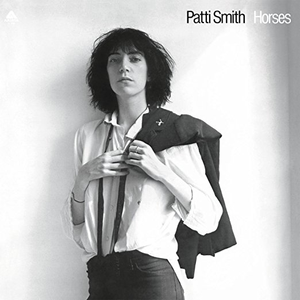 Horses confront, like most punk albums, the status quo. Horses is often listed as the first, most critically formidable punk album in rock history. Smith’s background as a poet elevates the genre as a conscious-growing, intellectual source of irony. Her gender-bending style and refusal to prescribe to specific genre labels exudes confidence.

My favorite track on the album, “Gloria” is a purposeful and formidable contribution to punk music. Horses are an essential vinyl record to own. You cannot have a punk collection without it. Smith always makes a statement.

Gang of Four are post-punk kings. Entertainment! Is Gang of Four’s debut album and by far their strongest. They, like most punk bands, are political and social critics. Entertainment! Magically combines humor, revenge, and eagerness into a fiery punk-pop sound. Guitarist Andy Gill slashes on guitar and vocalist Jon King brings James Brown-style energy to every track.

The lyrics “I can’t work/ I can’t achieve” resist and then wind through “how can I sit and eat my tea with all that blood flowing from the television?” on “5.45.” 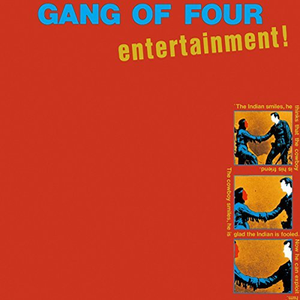 The revenge Gang of Four seeks is explicitly punk. Entertainment! simultaneously evokes fun, freedom, and resistance while persuading the classic rock fan to do what they have been wanting to do all along– revolutionizing the music establishment.

The late 1970s are full of punk jams. The Buzzcocks capitalize on the punk movement with their stunning EP Singles Going Steady. The Buzzcocks originated from Manchester’s most viable, culturally rich punk scene. The Buzzcocks explore the personal more than the political. The Buzzcocks version of punk is romantic and fierce. 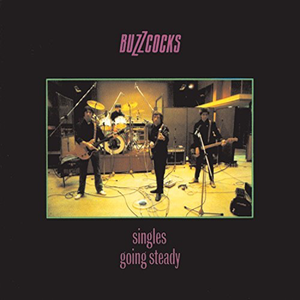 Although they broke up during rehearsals for their fourth album, the band’s chemistry is inventive. Singles Going Steady runs a little over forty-seven minutes and is their only, officially-released, compilation album. The Buzzcocks are also one of the other great punk bands’, Nirvana, sound inspirations. Each song on the album is a hit and cracks the purest punk punch. The vinyl version of this album is now widely available in most retail and vinyl records stores due to its popularity and recent re-press.

Siouxsie and the Banshees are mystery punks. They are creatives caught in a misty, fantasy version of pre-punk dreams. On their debut album, The Scream, Siouxsie and the Banshees address what would become, “punkish” darkness. The Scream makes punk colder, magnetic, and more ethereal all at the same time. Punks are creatives, artists at the core of their rough and tumble public image. 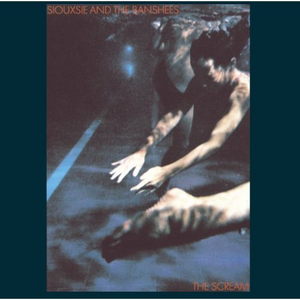 Siouxsie and the Banshees embody the punk concept. The Scream analyzes suburbia through a ghostly, subversive perspective. Your vinyl speakers will whisper sweet punk nothings across your living room. It will be your most played punk album in your vinyl collection.

By the early 1980s, the punk music was evolving into sub-genres featuring alternative hardcore west coast sounds. Milo Goes to College embodied a nerdier, calmer approach to the punk movement. Milo Aukerman temporarily left his band Descendents and attended college and subsequently wrote the album “Milo Goes To College.” Punk is always revolutionary and inventive. Descendents are not afraid to reconsider the establishment and by highlighting its allure ultimately subvert it and make the “normal” seem strange. 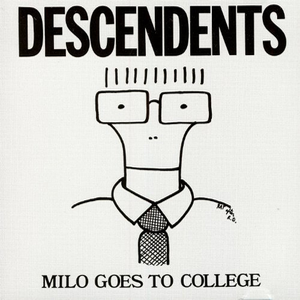 Milo Goes to College makes the top ten list because it brings punk full circle, from anarchy to subversive acceptance. Decedents would inspire a whole new punk movement, “nerd rock” which would inspire nineties alternative indie bands such as Blink-182 and Green Day. The cover art, a Simpsons-themed character with square wire glasses and corporate tie, is also a considerable reason to add Milo Goes to College to your growing vinyl collection. The irony is everywhere.

According to Rolling Stone, London Calling is the eighth greatest album of all time. The Clash makes it into the number one spot on our “Top Ten Best Punk Albums on Vinyl You Gotta Own” because it fully epitomizes the punk movement. Without London Calling you do not have punk and without the Clash, you do not have the attitude that makes punk loud, unapologetic, and countercultural. 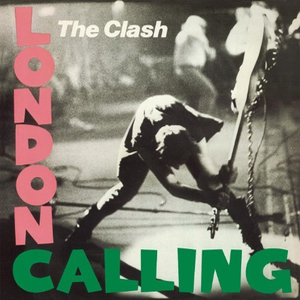 Punk has agency because it overwhelmingly critiques society. Recorded in London amidst a failing political and social system where unemployment and drug addiction was rising, the United States faltered economically, and war raged in the Middle East, London Calling eagerly confronts political and social darkness with alternative anger.