RP1 vs Project Debut Carbon: Which Turntable Is Best? 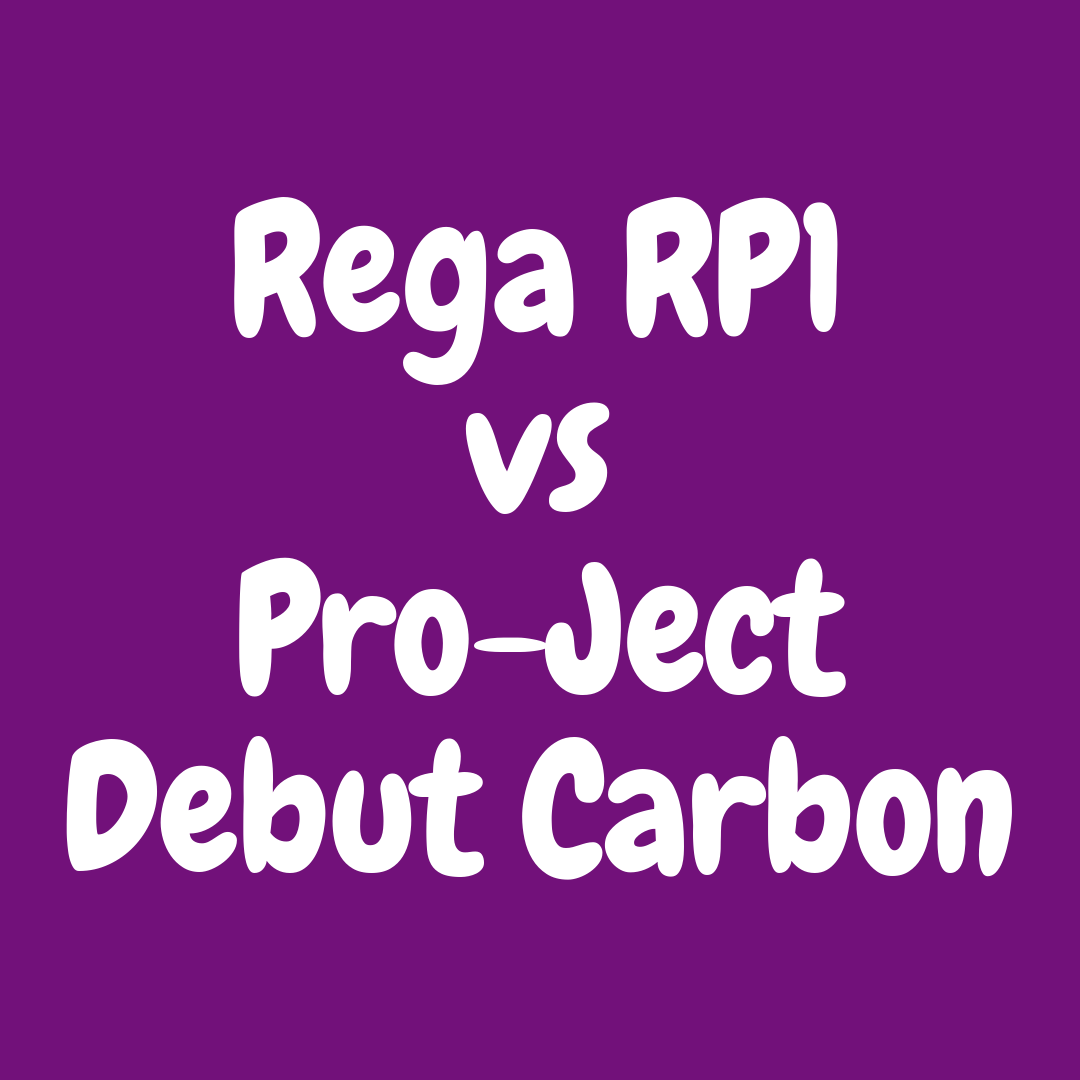 In this article, we’re going to compare the Rega RP1 turntable with the very popular Pro-Ject Debut Carbon in order to help you figure out which record player may be the best choice for your needs and budget.

And, in order to help you better make that decision, please take a look at the interactive table below, where you can directly compare the Reg RP1 and Pro-Ject Debut Carbon to each other, along with a few other popular turntables on the market.

Once thought to be on its death bed along with 8-track and Betamax, vinyl records have experienced an incredible resurgence in the past decade. Every day, more and more people are shelling out their hard-earned dollars all in the name of forming a deeper connection with their music.

Whether they stumbled upon an older relative’s vintage collection or they’re simply curious what all the hype is about, the mystical allure of these flat pieces of twelve-inch wax have proven to be irresistible to consumers.

Unfortunately, once newcomers to the format decide they’re ready to take the plunge, they’re quickly overwhelmed by the sheer number of options in front of them. Too often, people settle out of frustration for a cheap all-in-one unit with a built-in speaker and call it a day. They’ll use it once, shrug and think, “Yeah, that’s pretty decent,” then go back to those garbage earbuds that came with their smart phones.

Those with the fortitude and love of music to stick with it, though, often see two names popping up when looking for recommendations on a first turntable: the Rega RP-1 and the Pro-Ject Debut Carbon. They both come in some fancy colors, they both retail for under $500 and they both have favorable reviews claiming to be the best turntable for the money.

Ultimately, the process of trying to find the right turntable can cause a lot of handwringing for vinyl enthusiasts.  Luckily, we’ve narrowed it down to two key competitors: The Rega RP1 vs the Pro-Ject Debut Carbon.

Below, please take a moment to view some of the best-selling turntables on sale at Amazon, and see how well they stack up to the record players we’ll be discussing throughout this article.

For those new to hi-fi, the idea of setting up a new turntable is one wrought with anxiety. The availability of pricey set-up tools like scales to weigh the tracking force of the tonearm (how hard your cartridge presses down onto a record) and protractors to make sure your cartridge needle is properly aligned with the record’s grooves.

Fortunately, Rega and Pro-Ject knew this would be a non-starter for many potential customers. To that end, both turntables come pre-fitted with properly aligned cartridges, letting you jump well ahead in the process.

Slip on the supplied counterweight and move it up the back of the arm until the tonearm hangs parallel to the turntable. It’s now properly balanced with the correct tracking force.

From there, you’re going to want to adjust each tables’ anti-skate, which prevents the cartridge from pulling out of the groove towards the center of the record.

The RP-1 has a switch near the counterweight (with numbers running from 0 to 2), which you can adjust based on whatever cartridge you’re using.

Pro-Ject’s anti-skate set-up is a bit more finicky, as it requires you to tie what’s basically a fishing line from the back of the tonearm to a small counterweight that hangs off the back.

Even a novice can tell that that’s a little weird, but peculiarities aside, the Debut Carbon is still relatively easy to get up and running. It should also be noted that this design choice does not impede performance in any way (or help, for that matter).

The further up the price ladder you go with turntables, the likelier it is that some of your money will be going to a nicer-looking design. Nevertheless, despite the “entry-level” moniker, the RP-1 and Debut Carbon are definitely more attractive and attention-grabbing than your typical piece of equipment. More on that in a moment.

Both turntables are belt-driven designs, meaning a thick rubber band beneath the platter operates with a pulley system to make things go ’round. (A quick note: an alternate to this design, known as a direct-drive turntable, turns the platter electronically; this type of design doesn’t have much footing in the hi-fi hobby, but is still a favorite with DJ’s.)

Part of set-up requires you to attach the belt beneath the platter. Both turntables can play back records in both 33-1/3 RPM and 45 RPM speeds. While some turntables allow you to change speeds with the press of a button, the RP-1 and Debut Carbon require you to once again lift the platter and manually loop the belt around a specific part of the part of the motor assigned to that speed.

If this sounds a little tedious, that’s because it is, but it’s far from a deal-breaker for either deck.

Also beware that neither of these turntables has a built-in phono preamplifier, which amplifies the signal coming from the low-output cartridge, so you’ll need to buy an external one if your receiver or amp doesn’t have a Phono input around the back.

While both are issued in more expensive versions that do come with a built-in phono stage, this likely won’t sound as good as an external option.

The good news is that phono preamps have fallen markedly in price, so you can pick up a solid one for a little over $100. And if you’ve taken the time to invest in a turntable like the RP-1 or the Debut Carbon, then you’re selling your system short without one.

The RP1 is available in black, cool grey and white. The body itself is made out of heavy-duty materials and is fitted with a dust cover to keep particles away from your records while in play.

The on/off switch is prominently displayed on the front-left side of the record platter and will turn the motor on and off. The tonearm is completely manual, however, so you’ll have to hover it over a record and gently lower it down.

Thankfully, Rega has a lever beneath the tonearm that helps slow things down on the lowering process, keeping your vinyl safe.

The Debut Carbon is available in red, blue, black and white, as well as a few other snazzy colors. Its body is made from glossier materials that actually make it look a bit nicer and, if such appearances are important to you, more expensive than the RP-1.

One peculiarity is the location of the power switch, which is at the front-left like the RP-1, but is tucked underneath the table itself, meaning you’ll have to either peek underneath or simply feel your way around to activate the platter.

Tale of the Tape

If you’re brand new to vinyl, either one of these turntables is going to sound like a revelation compared to what you’ve been hearing. Still, there are some key differences to keep in mind:

One of the neater aspects of being an audiophile is learning how each region of the world imparts its own sonic characteristics on their products. That’s not to say each and every product from a given country will be identical, but the more you globe-hop, the more you notice these similarities.

British products, for instance, are often praised for having pleasing mid-range warmth (that great analog sound) and an easy-going, highly musical nature. In other words, there’s more body, momentum and life to the sound. Vocals and acoustic instruments in particular benefit from this presentation.

On the opening track, “Playground Love,” which features guest vocals from Phoenix front man Thomas Mars, the RP-1 played each achingly romantic note with true passion. The yearning in Mars’ voice came through in a more realistic and textured way when compared to the CD-quality stream on TIDAL.

Switching gears with Talking Heads’ More Songs About Buildings and Food (LP, Sire SRK 6058), the RP-1 proved its rock ‘n’ roll chops with a bouncy, but cohesive, sound. In other words, it sounded like actual musicians playing with each other instead of simply at the same time as each other.

Unfortunately, there is one nagging issue with the RP-1 that could give some potential buyers pause: there is no grounding post on the back to connect to your phono preamplifier, so there is a strong possibility that you’ll hear more electronic interference and background hum through your speakers or headphones.

This noise is occasionally noticeable during playback, but more so between tracks and during quieter passages.

In Use: Pro-Ject Debut Carbon

German manufacturers tend to breed products that prioritize a more neutral sound with an emphasis on digging up more detail and clarity from your music. While you’ll still get that trademark warmth you crave from the Debut Carbon, expect a slightly leaner sound when compared to the RP1.

That’s not to say the Debut Carbon is a boring listen. Quite the opposite, actually. It bests the RP-1 in resolution and what audiophiles refer to as dynamic slam, meaning how hard the music can hit and how easily it handles the shifts in volume between quiet and loud passages.

The leading edge of notes on each track reaches through the speakers and commands your attention. In other words, there’s more get-up-and-go to the sound. While some of this is certainly attributed to the inclusion of a better cartridge than the one provided with the RP1, you should hear similar results when you decide to upgrade the cartridge down the road.

One giant caveat on that front, however, is that higher resolution means you will quickly hear limitations in the way your music was recorded. Most music produced in the past twenty years is horribly compressed because engineers are mastering music to be listened to with the speaker on the back of your phone.

In other words, it’ll get kind of shrill and harsh to listen to after a while. If the bulk of your record collection comes from the worlds of rock, hip-hop and pop, it would be mightily advantageous of you to shop around for a cartridge that won’t amplify the Debut Carbon’s excitability.

Still, if you’re a fan of classical and jazz (or anything pressed before 1980, for that matter), you owe it to yourself to audition this table.

Alright, so which one should I buy, then?

Both turntables have earned their reputations as inexpensive solutions for people who want a true taste of hi-fi on a budget. Each is a quality record player and either one will provide years of joy and lead to you rediscovering your music in a really unique way.

Having said that, the Rega RP-1 gets the final nod here, and many others are inclined to agree. While falling a little short on detail retrieval and kick-you-in-the-chest dynamics when compared to the Debut Carbon, there’s something that’s just right about the way it breathes life into music that you can’t shake off. It allows more soul to shine through and connects you to your music on a deeper level while still managing to be engaging and powerful in its own right.

Whichever route you decide to take, you can rest assured knowing that you’re about to embark on an insane, ever-deepening rabbit hole of a journey into audiophile bliss. It’ll seem daunting at first, but if you’re really into music, like really into music, it’ll be the best money you’ve ever spent. 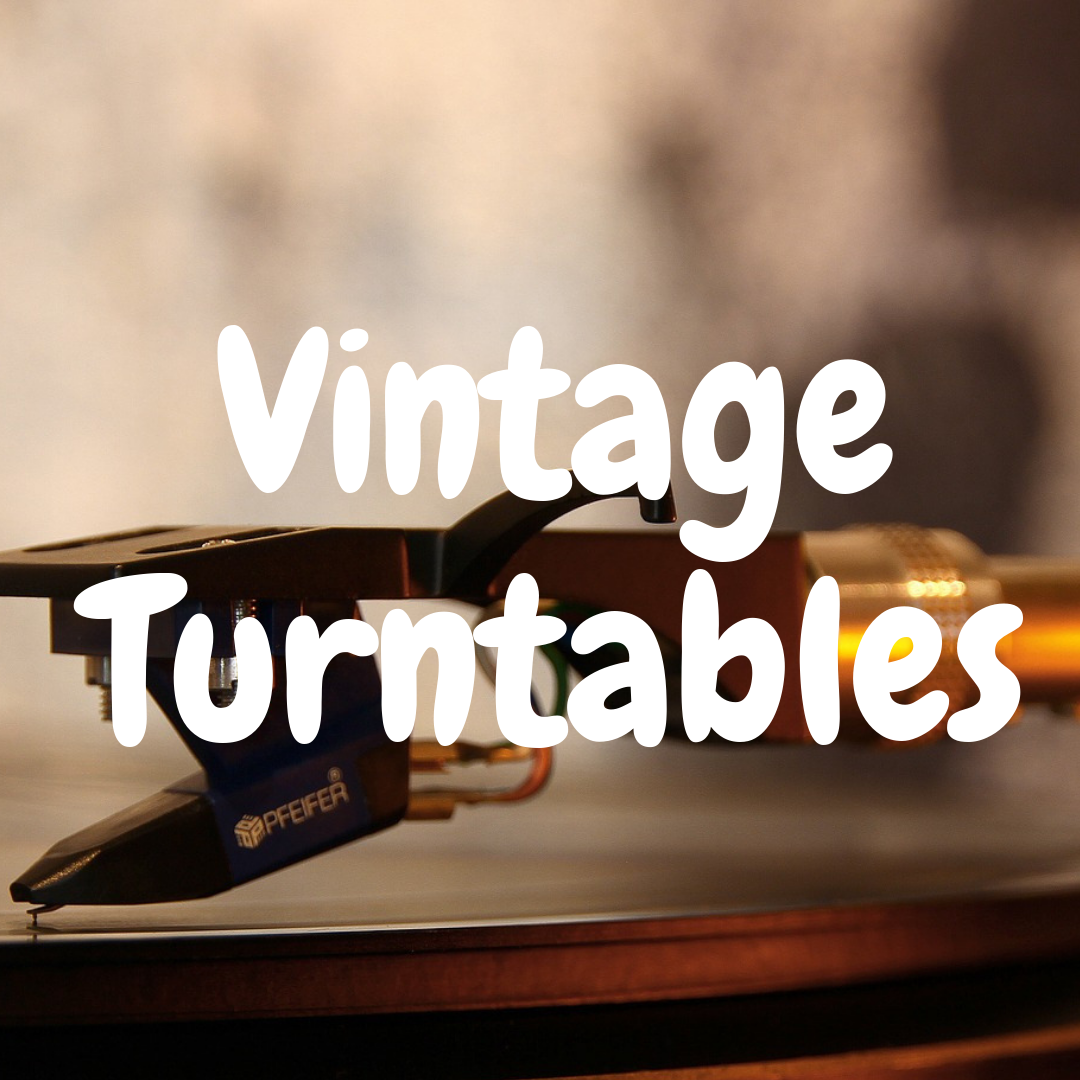 The 7 Best Vintage Turntables Under $500 That Are Still Great 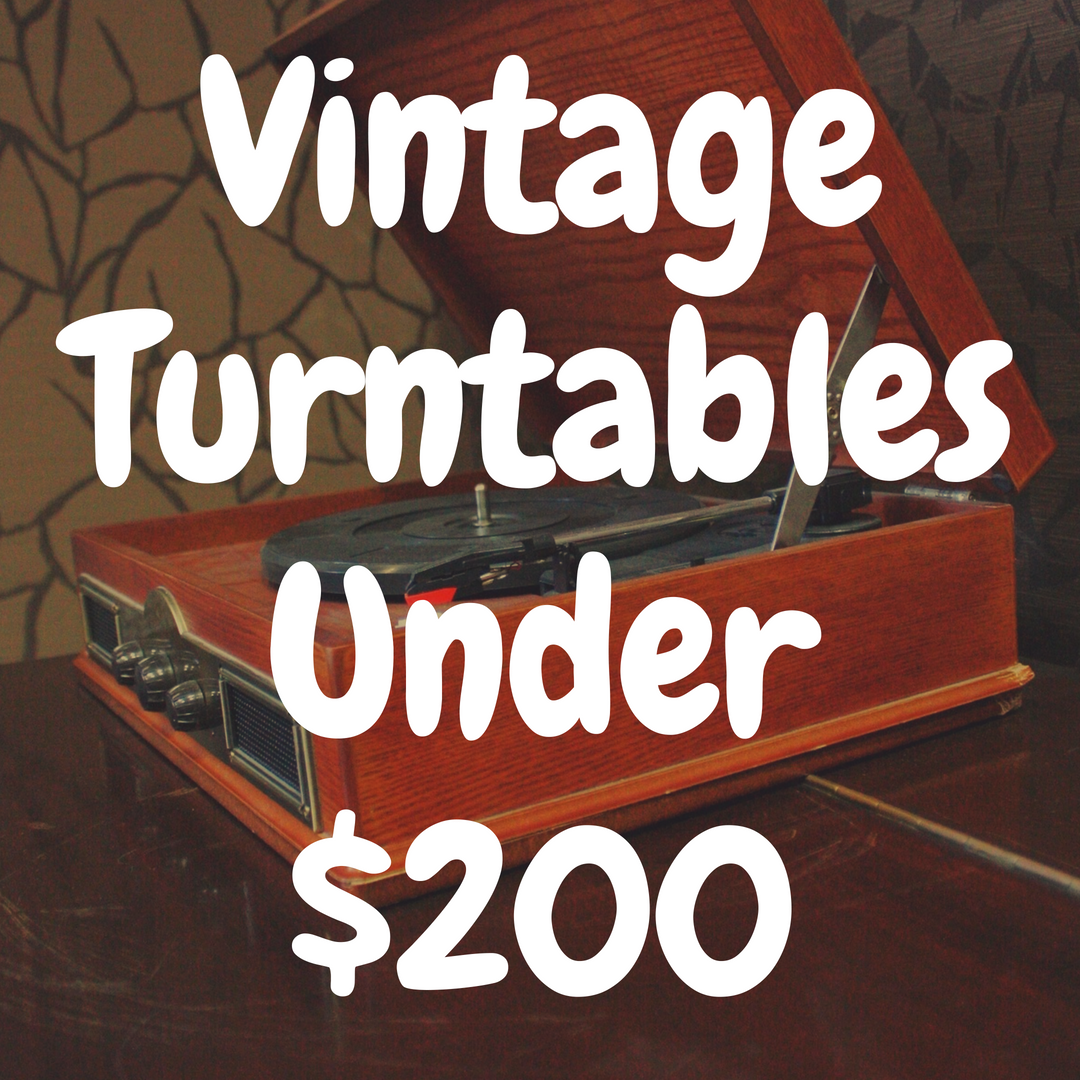 What’s the Best Vintage Turntable Under $200? 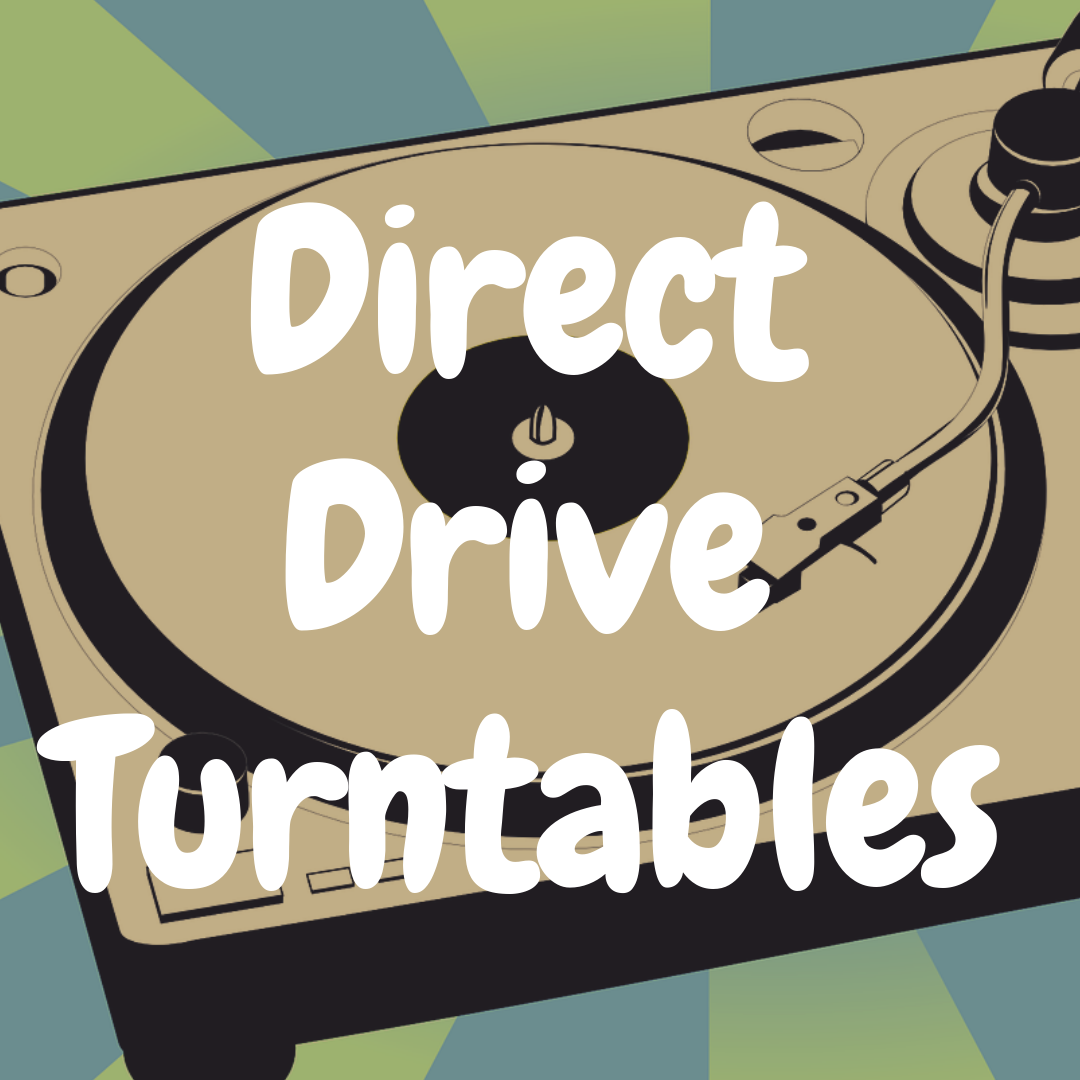 The Best Direct Drive Turntable Under $500 You Must Own 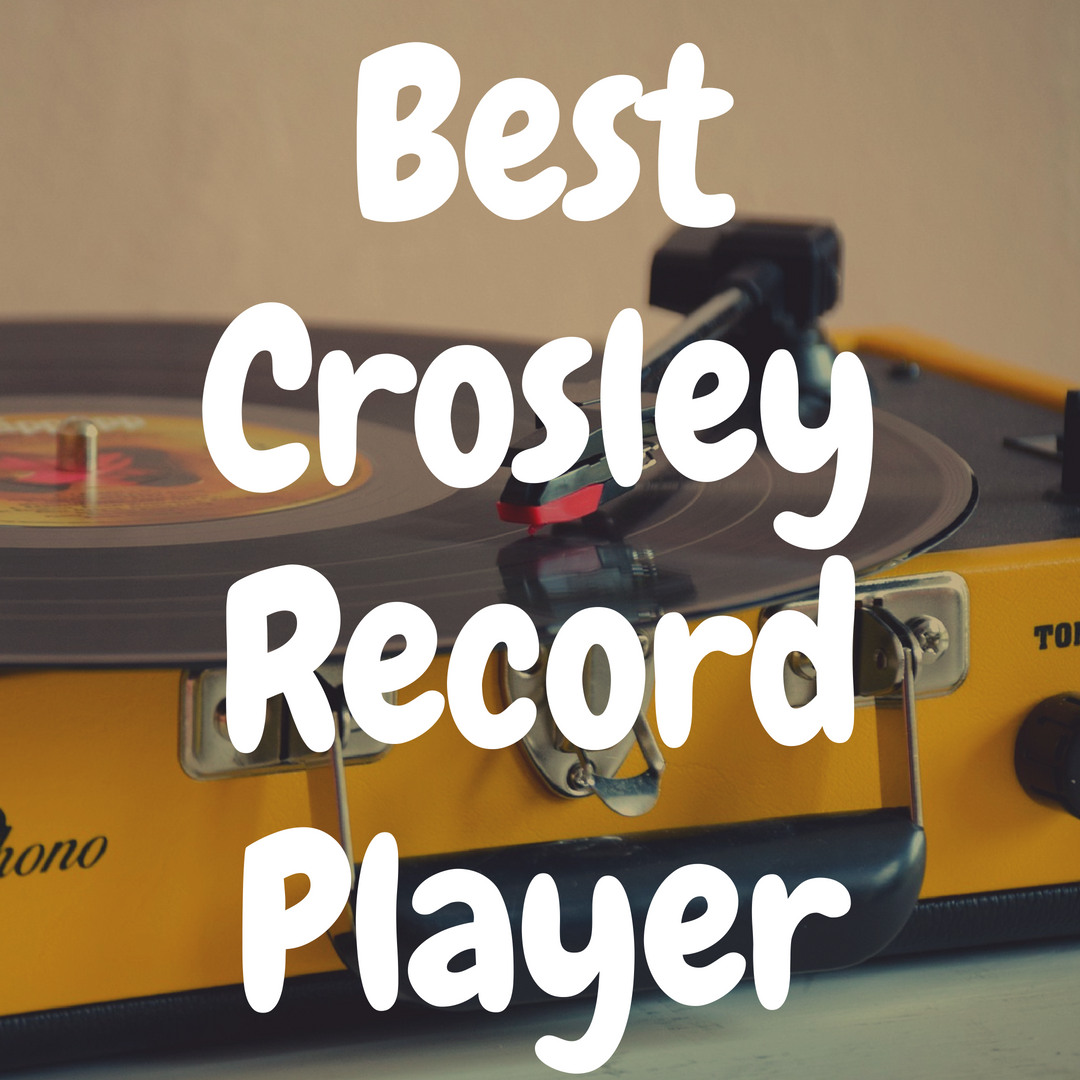